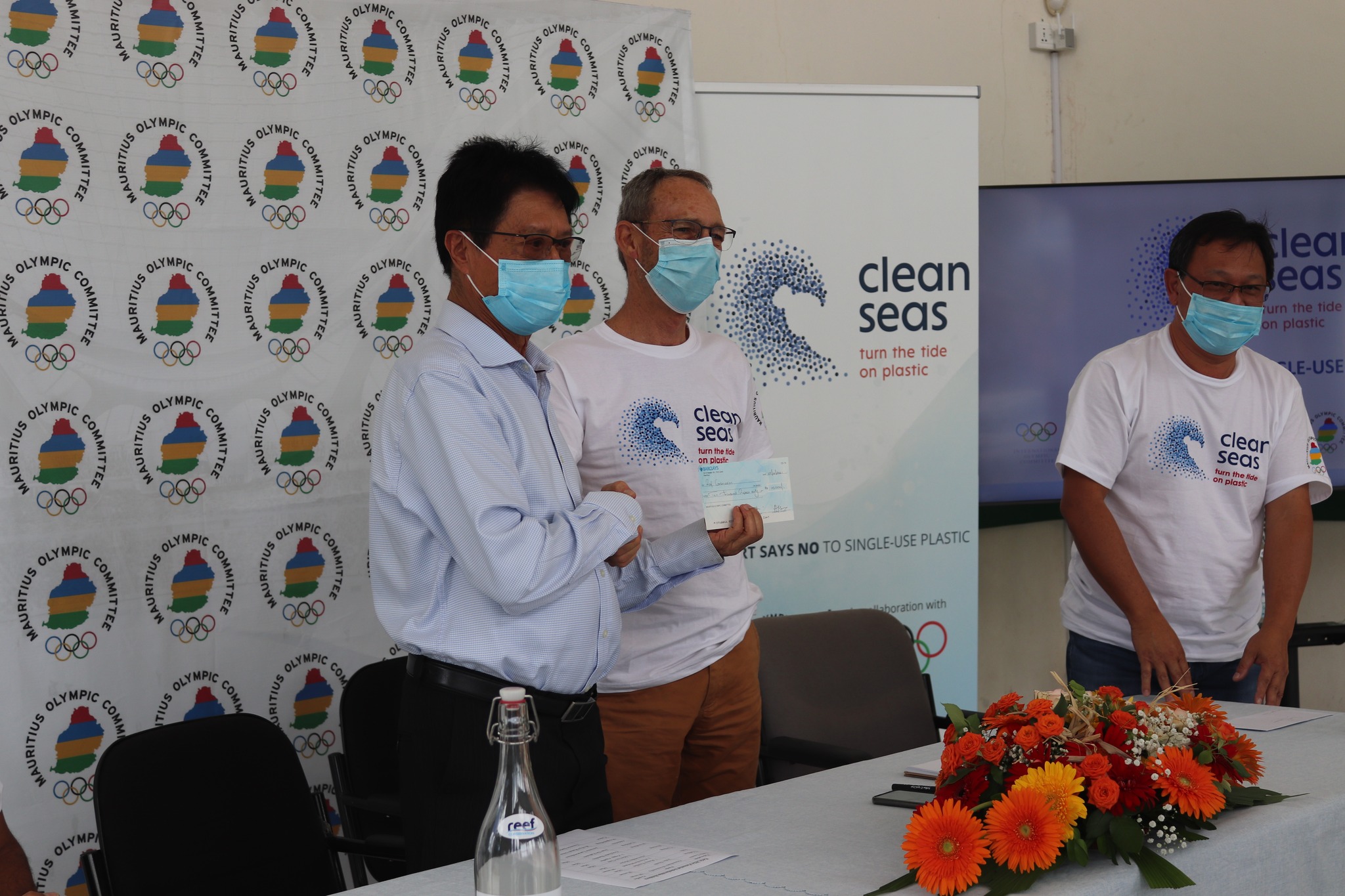 The Mauritius Olympic Committee is continuing on its Clean Seas Campaign as it aims to reduce single-use plastic.

The Mauritius Olympic Committee began the initiative in December last year with the launch of its Eco-Friendly Bottles which it hopes will encourage the sports community, athletes and the public to minimize the use of plastic and raise awareness about the global issue of marine litter.

The NOC has also provided a financial support to Reef Conservation Mauritius for the conservation, restoration of coastal and marine environment of Mauritius.

The Clean Seas Campaign was launched by the United Nations Environment Programme (UNEP) in 2017. It aims to connect and rally individuals, civil society groups, industry and governments for catalyzing change and transforming habits, practices, standards and policies around the globe to dramatically reduce marine litter and its negative impacts.