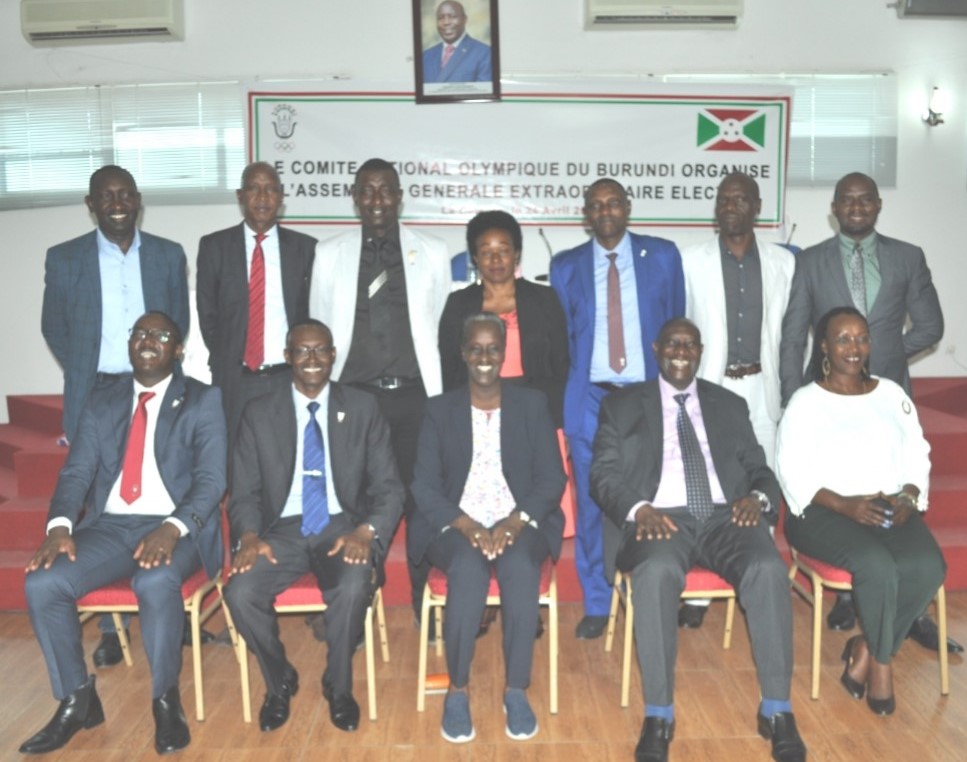 Out of a total of 54 votes, President Lydia Nsekera was re-elected at 100%, ie 54 votes out of 54 votes cast. Secretary General Salvator Bigirimana collected 51 votes and Treasurer General Jean-Claude Niyukuri totaled 50. Five presidents of Olympic sports federations namely Valery Manirakiza of Judo, Félix Nzisabira of Handball, Dieudonné Kwizera aka Muvuduka of Athletics, Cyprien Bigirimana from Taekwondo and Arnaud Patrick Iryumugabo from Cycling were elected to the executive committee. In addition, three deputies and a representative of women’s sport have been appointed to complete the steering committee. It s

Expressing her total satisfaction to the media which covered this election, President Lydia Nsekera is delighted at the renewal of her confidence by all the members of the General Assembly who elected her unanimously. “This proves that the program that we presented during the term of office which is ending was appreciated and it is very important for us because our partners have just shown us their unwavering support”, she explained.