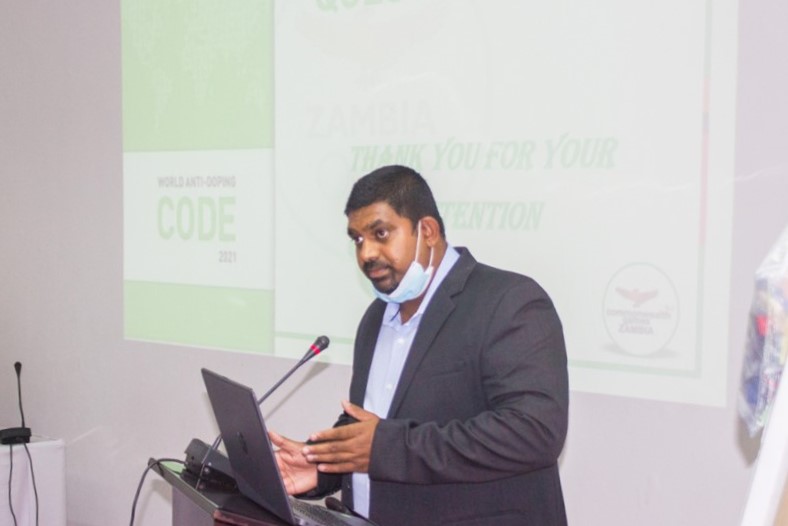 Zambia National Sports Federations and Associations have adopted and agreed to implement the Anti-Doping Policy and Manipulation of Competition Policy which will become in effect on 1st January 2021 within their Federation and Association.

Representatives from the National Sports Federations and Associations signed the commitment form on behalf of their respective federations after the conclusion of the National Olympic Committee of Zambia (NOCZ) Anti-Doping & Manipulation of Competition Policy Workshop held on 19th December 2020.

Dr. Fernando started the day with a session on Anti-doping Code, Anti-Doing rules & Education. His session included reviewing the 2021 World Anti-Doping Agency (WADA) Code which included pointing out the major changes that have been made to the Anti-Doping Code.

During his session, Dr. Fernando called on Federations & Associations to read and understand the Anti-Doping rules and also encouraged them to come up with educational programmes on Anti-Doping for administrators, officials, and most importantly Athletes.

The session on competition manipulation was presented by IOC Believe in Sports Ambassador Nchimunya Mweetwa. During his session, Mweetwa used the opportunity to share his story about a mistake he made while playing football for Finish Premier Division side RoPS resulted in bigger consequences for him.

The NOC Secretary General, Boniface Kambikambi wrapped up the day with a session on the Olympic Movement Unit on the Prevention of the Manipulation of Competitions.
Share Share