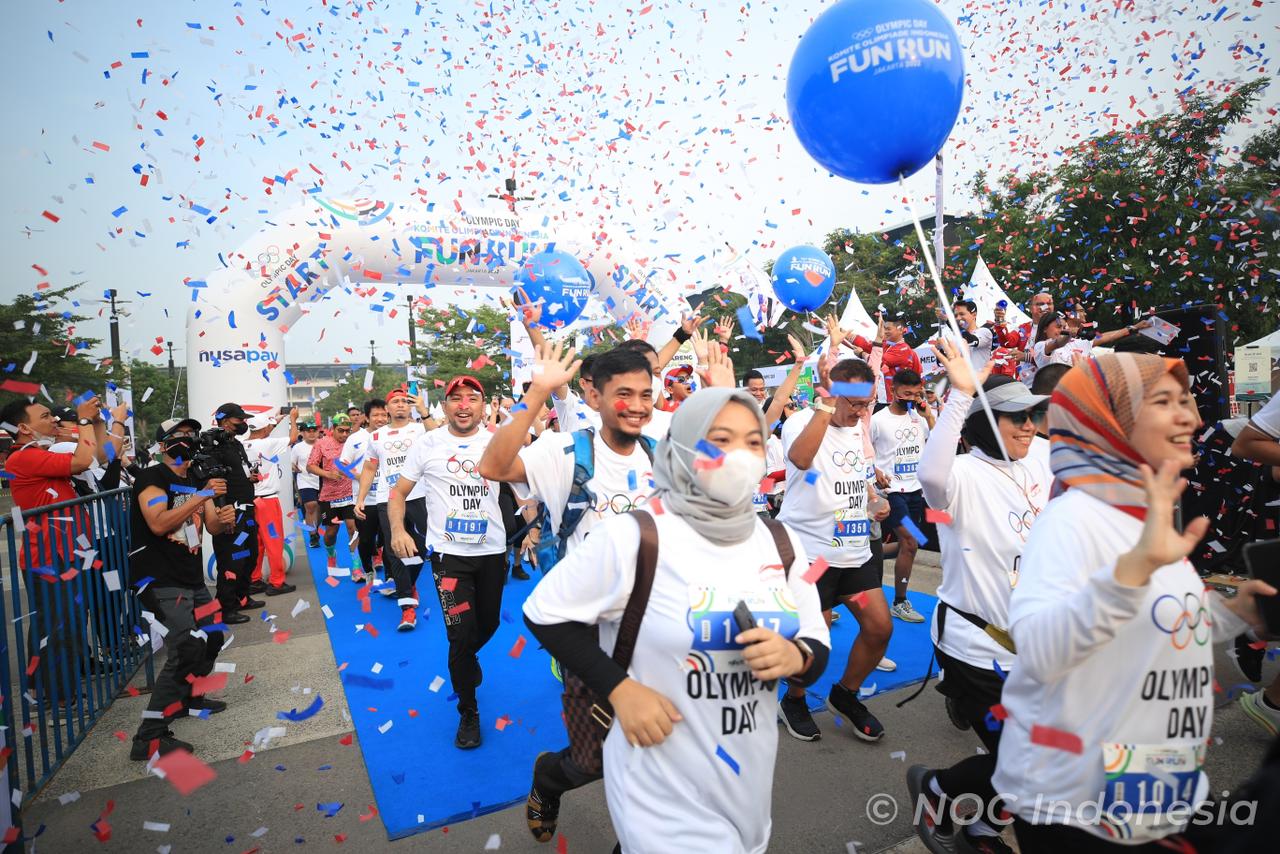 The Indonesian Olympic Committee Fun Run is the highlight of the 2022 Olympic Day celebrations and was hosted by NOC Indonesia to promote the Olympic Movement in Indonesia.

Around 1,500 runners took part in the activity which was held at Plaza Timur Gelora Bung Karno (GBK), Senayan, Jakarta. Before participating in the 5km fun run, participants took part in zumba exercises by Junko as a warm-up.

“The Olympians who join us today will become ambassadors for the Olympic Movement. Hopefully in the future it can be held not only in Jakarta, but also in all regions in the country,” he said.

Meanwhile, in the 5km Fun Run, Putra Julio became the fastest runner with a time of 15 minutes 55 seconds, followed by Sumarna with 17 minutes 20 seconds and Samuel in third place with a time of 18 minutes.

In addition, there were also door prizes given to runners who participated in the Fun Run activities in the context of the 2022 Olympic Day celebration. Various prizes were given including a grand prize in the form of folding bicycles.