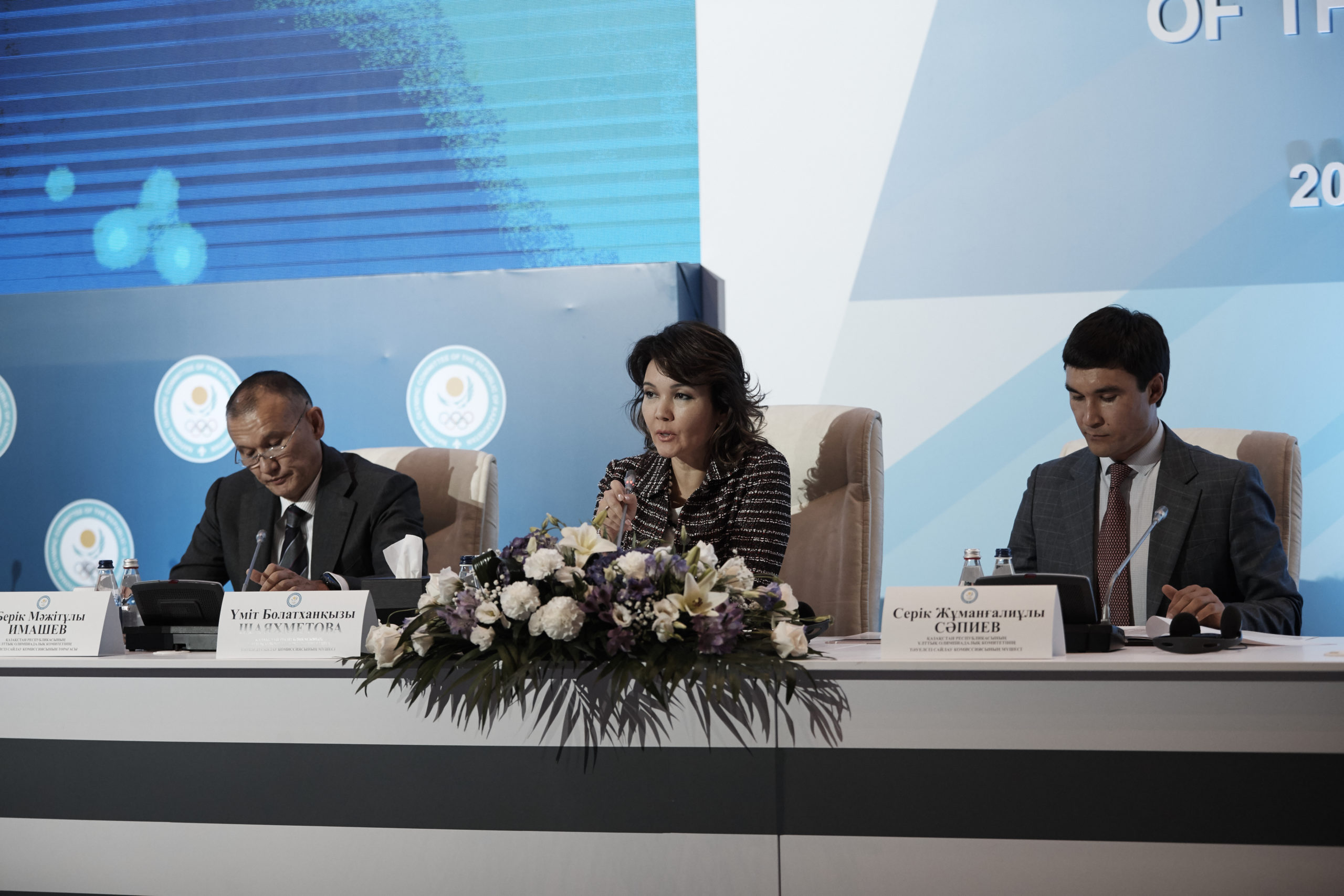 During the General Assembly,  Mrs. Umut Shayakhmetova became the first ever women Vice President as she was elected unopposed to the position until 2024. Previously, the position had been held by Mr. Andrey Kryukov, who was elected as the new Secretary General in December 2020.

President Kulibayev noted the election was an important steps towards gender equality: “The General Assembly made a very important and significant choice, having approved Umut Shayakhmetova for one of the leadership positions. Inclusion, solidarity, diversity and gender equality are the main “humanitarian” priorities of the development of the Olympic Movement. To date, the number of female athletes on our national teams in Olympic sports is 46%. Female employees represent 59% of the NOC administration, including the overwhelming majority in leadership positions. The IOC and President Bach reiterates their commitment to gender equality in all areas, from the athletes competing on and off the field of play to leadership roles in sports organizations. We will continue promoting gender equality and the empowerment of women in and through sport,” said Mr. Timur Kulibayev, the NOC Kazakhstan President.