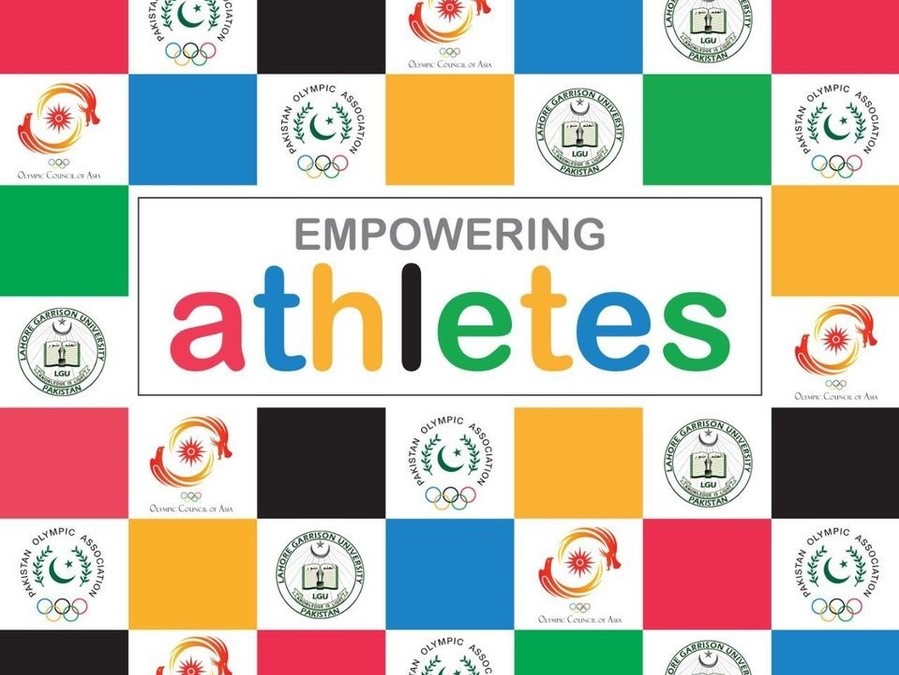 A seminar to empower athletes was held at Lahore Garrison University under the auspices of the Olympic Council of Asia in collaboration with the Pakistan Olympic Association.

The three-day seminar, which began on 10 December, included inspirational speeches by national athletes and lectures by experts on the topics of Athletes Rights and Responsibilities and Safe Sport and the Protection of Clean Athletes.

The Chief Guest at the Opening Ceremony was the President of the Pakistan Olympic Association, Lt. Gen. (retd.) Syed Arif Hasan. Also among the dignitaries was the NOC Secretary General Muhammad Khalid Mahmood.

Muhammed Inam, Chairman, Athletes Commission of Pakistan Olympic Association, greeted athletes invited from all the sports and regions of Pakistan. The students of Lahore Garrison University also attended the seminar.

Among the national athletes who shared their inspirational success stories was Nargis Hazara, the first Pakistani karate medallist at an Asian Games.

Nargis was 19 when she won a bronze medal at the 2018 Asian Games in Jakarta and Palembang. She is a girl who belongs to the minority Hazara community in Pakistan’s conservative province of Balochistan. Her speech was greeted with applause and acclaim by the audience.