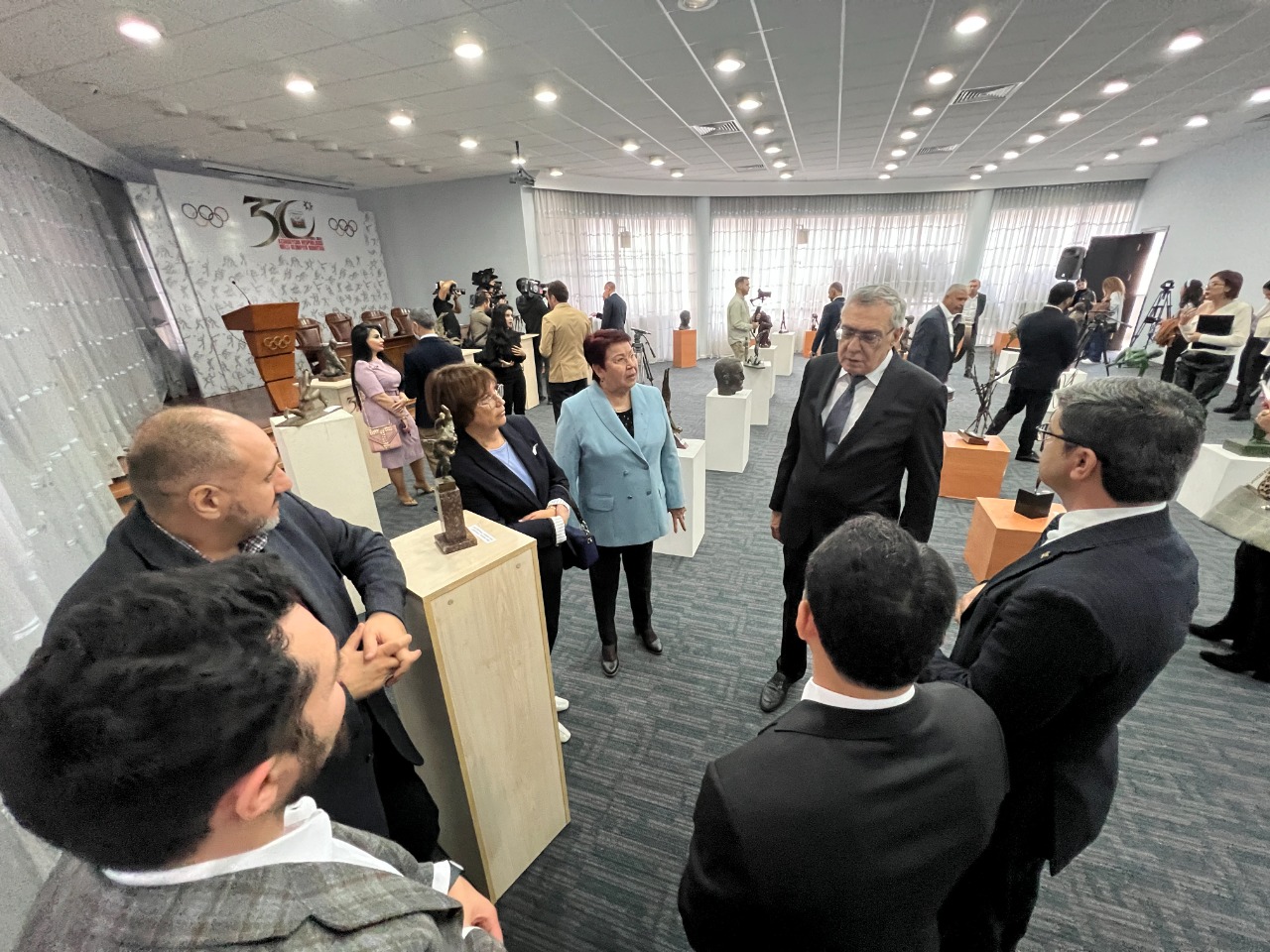 The opening of the “Olympic, Art and Sport” exhibition was held at the National Olympic Committee of the Republic of Azerbaijan.

The exhibition was dedicated to the 30th anniversary of the NOC and arranged with the jointly by the National Olympic Committee of the Republic of Azerbaijan and the Ministry of Culture. The ceremony was attended by NOC Vice-President Chingiz Huseynzada, Secretary General Azer Aliyev, Olympic champions, well-known cultural and art figures, sports experts and other guests.

In his speech, the NOC Vice-President Huseynzada said about celebration this year the 30th anniversary of the establishment of the organisation. He noted that the NOC has passed a difficult and honourable path during the past period and achieved high accomplishments: “The sports-themed paintings, graphic and sculpture works displayed at the exhibition, which we have opened today, are the part of valuable works collected via “Olympic, Art and Sport” art contests held by the NOC since 1998. Thus, the IOC announces “Olympics, Art and Sports” international contest every 2 years before the Summer Olympic Games. The National Olympic Committee of the Republic of Azerbaijan, as one of the active participants of this contest, sends the works of our artists and sculptors who won the first three places in the national contest. It is gratifying that in such contests organized by the International Olympic Committee, the works of artists and sculptors of our country are awarded with diplomas and certificates.”

First Deputy Chairman of the Azerbaijan Artists Union, vice-rector of the Azerbaijan State Academy of Arts and People’s Artist Salhab Mammadov congratulated the participants of the event on the upcoming Victory Day. Stating that the works of well-known artists of Azerbaijan are displayed at the “Olympic, Art and Sports” exhibition, the People’s Artist emphasized the importance of the project in terms of promotion.