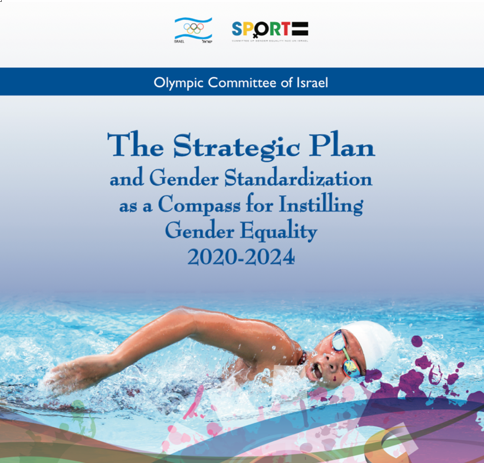 The Olympic Committee of Israel has launched a strategic plan and gender standardization as a compass for instilling gender equality.

In the introductory message, Igal Carmi, the President of the Olympic Committee of Israel, and Gilad Lustig, its CEO, wrote that “We are at an important milestone when the International Olympic Committee has launched a strategic road map for the future of the Olympic Movement within the 2020 Olympic agenda to include encouragement, support and promotion of women and girls in sport at all levels, making significant changes to achieve equality between the genders.

“We at the Olympic Committee of Israel have joined the call made by Dr. Thomas Bach, President of the Olympic Movement, to reduce gender gaps in sport and to strive for equality between the genders through commitment and responsibility, by making an influence and serving as an example to sport organizations in Israel”.

Indeed, in 2018-2020 the Olympic Committee of Israel implemented 10 out of 25 recommendations presented by the International Olympic Committee via diverse projects, plans and allocation of budgets for their execution.