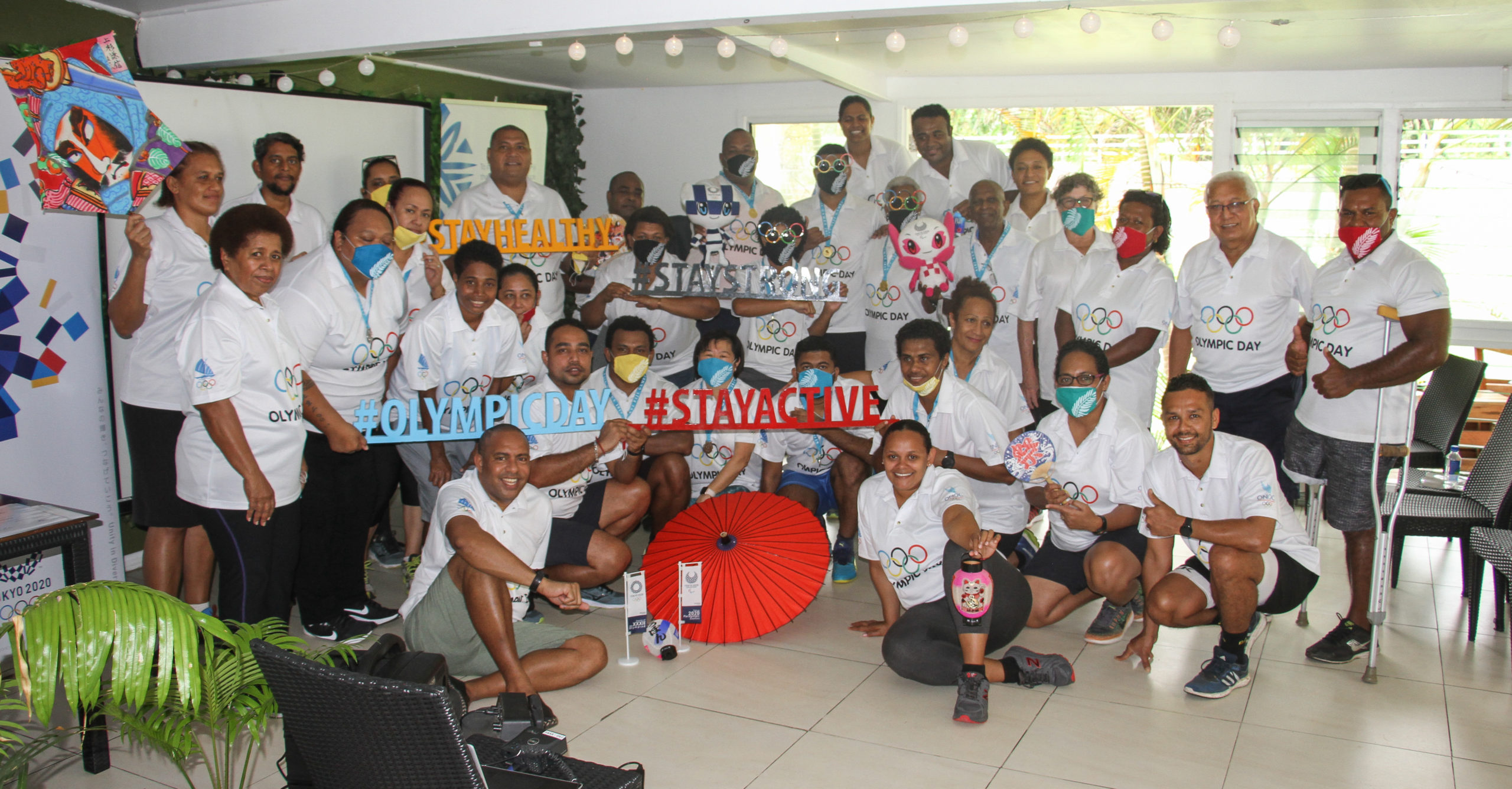 The COVID-19 restrictions did not prevent staff of the Oceania National Olympic Committees (ONOC) secretariat in Suva from celebrating Olympic Day.

In a joint-activation with the Fiji Association of Sports and National Olympic Committee (FASANOC), they obtained clearance from the country’s COVID-19 Incident Management Team, to organise a team-building program to portray this year’s themes of “Stay Active, Stay Healthy and Stay Strong”.

to keep themselves fit and healthy,” ONOC President Dr Robin Mitchell told staff that had gathered at the Suva Lawn Tennis Courts for the event.

The message from IOC President Thomas Bach for Olympic Day was screened as part of the formalities, including remarks form FASANOC Secretary-General Lorraine Mar.

“Olympic Day is not only about celebrating the founding and values of the movement but it’s also about acknowledging the contribution that sport makes towards tackling and addressing social concerns within the society and communities we live in,” Secretary-General Mar said.

She said staff also need to celebrate and acknowledge each other for their contributions towards these efforts.

The one-hour program was facilitated by FASANOC’s Athlete Champions, who divided staff into five groups representing the five Olympic rings. The groups then competed in different activity stations.  The first three groups to finish were awarded the gold, silver and bronze positions.

Events and VOA (Voices of the Athletes) Coordinator for FASANOC, Jeegar Bhavsar said the activation was designed to foster team bonding between the two organizations and to also promote the Olympic Day messages.

“Even though we were only given an hour for the program with strict COVID-19 conditions to adhere to, we achieved our objectives and the involvement of our champions exemplified our commitment to the Olympic values,” Bhavsar added.

ONOC Secretary-General Ric Blas said in his message for the day, that with COVID-19, things have really changed for Sports Administrators.

“It’s really important to just continue with what we’re doing for the Olympic movement and deliver our Olympic programs, yet keeping it safe, healthy and secure for everyone,” Secretary-General Blas relayed from his home base in Guam.