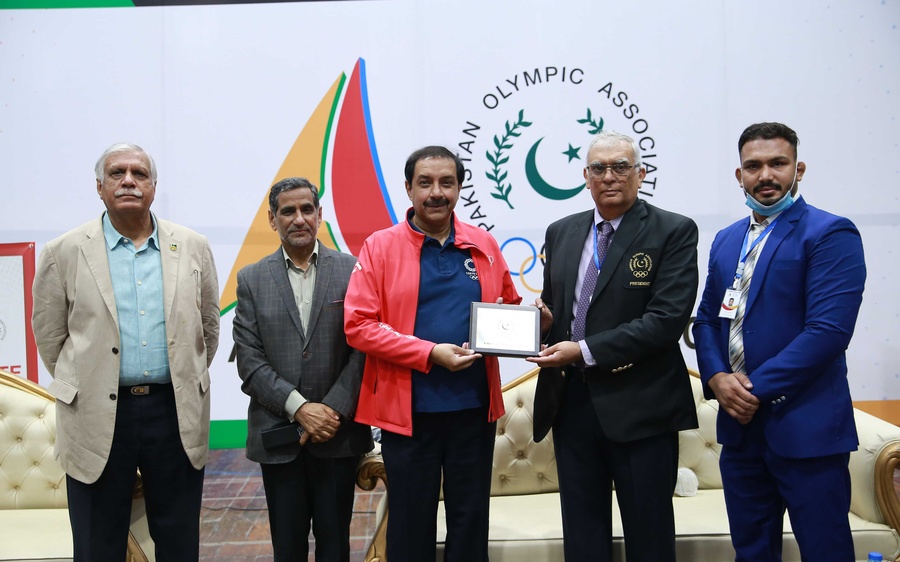 The first National Athletes’ Forum organised by the Athletes’ Commission of the Pakistan Olympic Association was concluded on Sunday, November 15, reports the International Sports Press Association.

The last day of the two-day forum included presentations on the protection from harassment and abuse in sport, sports injuries, anti-doping and the building of an athlete’s brand through social media.

During the forum, online quizzes were conducted and winners were awarded shields and gifts. The results of the quizzes were encouraging as they showed that the athletes had understood a lot about the topics presented.

The athletes and organisers also welcomed Mr. Muhammad Tayyab Ikram, who is widely recognised for his global advocacy of athletes’ rights in the IOC movement and is Chief Executive Officer of the Asian Hockey Federation.

With the conclusion of the forum, not only the knowledge was imparted to the athletes but also the empowerment of the national athletes has been set as the permanent feature of the Olympic family of Pakistan.

The POA strongly believes that all the stakeholders should collaborate to work together to empower national heroes with the knowledge and authority to deliberate on issues and take an informative decision in challenging situations they face in their sporting journey.

Mr. Muhammad Inam Butt, Chairman of the POA Athletes’ Commission, and Lt. Gen (R) Syed Arif Hasan, POA President and OCA Vice President, expressed their gratitude to all participants and assured the athletes of Pakistan that athletes were always at the heart of the Olympic Movement.