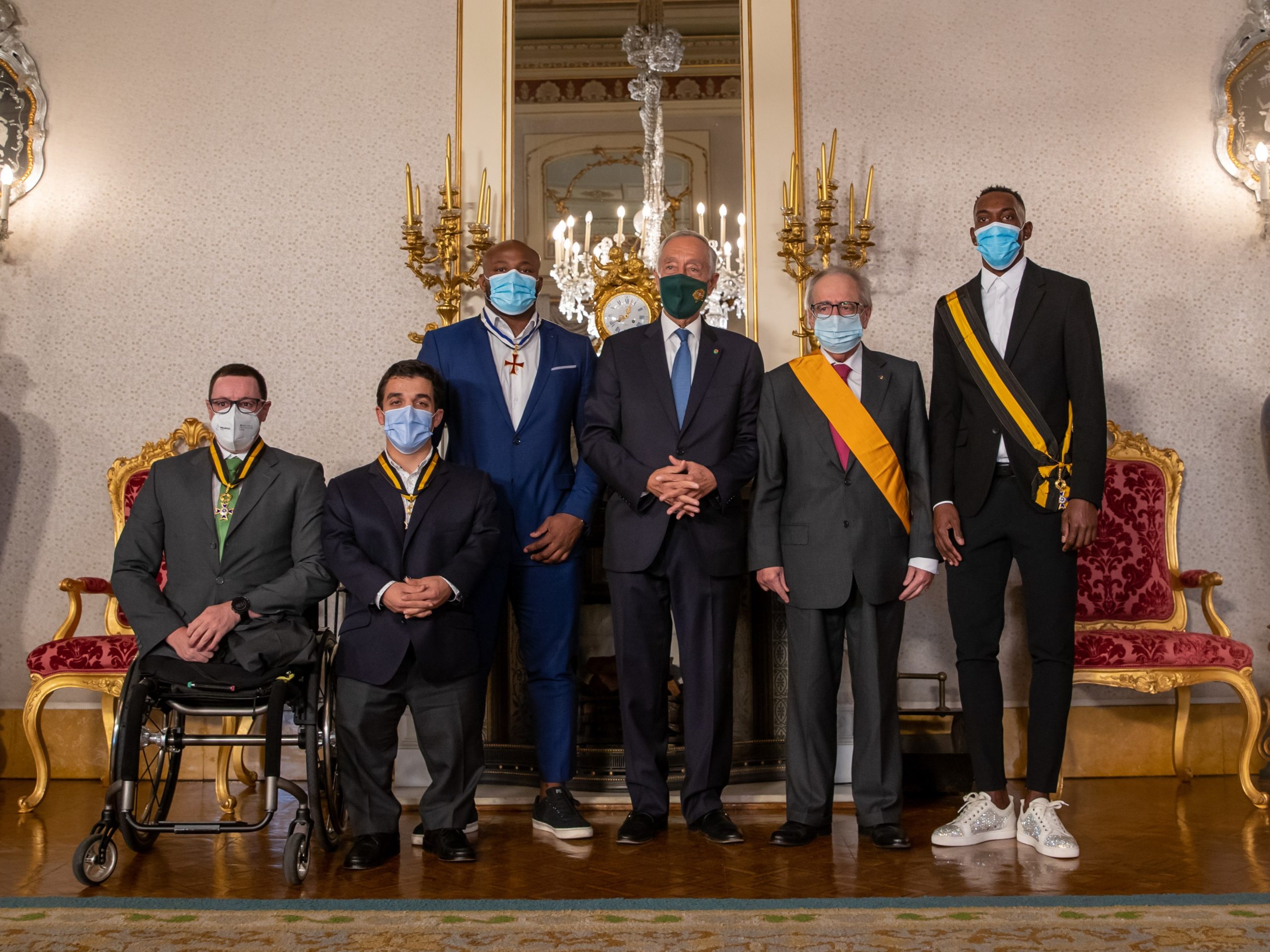 Pedro Pichardo, Olympic triple jump champion, was awarded the Grand Cross of the Order of Merit. Jorge Fonseca, bronze medal in judo -100kg, received the insignia of Commander of the Order Infante D. Henrique. Marcelo Rebelo de Sousa has thanked the athletes “on behalf of all the Portuguese people for the moments of happiness you gave us in the year 2021”.

José Manuel Constantino, President of NOC Portugal, was awarded the Grand Cross of the Order of Public Instruction for his role “over many years regarding the Olympic representations of Portugal” and also for his work as a “training and pedagogical mission of national scope and international repercussion”.