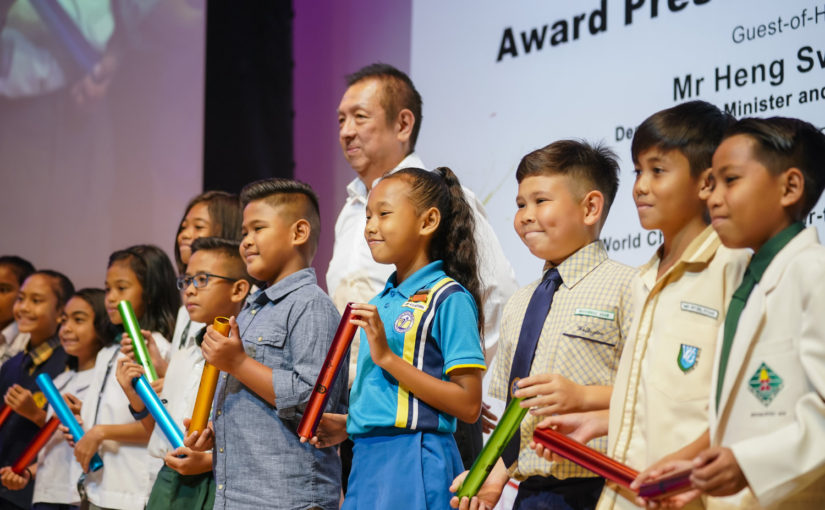 The Singapore Olympic Foundation – Peter Lim Scholarship has reached its 10th year with more than 2,930 recipients across 54 sports having benefited from $8 million in sport development funding during that time.

This year 289 recipients in 32 sports from 194 schools will benefit from the scholarship which was established in 29 June 2010 to help promising young athletes to achieve their goals in sports excellence and support outstanding young athletes from financially challenged backgrounds. Athletes from road cycling, ice hockey, jiu-jitsu, softball and water polo will feature in the high performance under-18 category this year for the first time.

“Pursuing sports excellence is life changing – it gives inspiration and hope,” said SOF chairman Ng Ser Miang. “Over the past 10 years, Mr Lim’s continued generosity has allowed many young Singapore athletes to pursue and excel in their sporting dreams. It stemmed from his simple wish that no young athlete be held back, or have unrealised potential because of financial difficulties.”

When Singapore hosted the Youth Olympic Games in 2010, entrepreneur and philanthropist Mr Peter Lim donated $10 million to the SOF to start a sport scholarship. Such is its success that last year Mr Lim renewed his commitment by investing another $10 million to further fund the scholarship from 2021 to 2030. His commitment remains the single largest donation in Singapore from an individual towards sports development in Singapore.

The Scholarship has become a stepping stone for many athletes to greater achievements. Many recipients have gone on to represent the country at major Games: 13 at the Olympics; 77 to the Asian Games; 28 to the Commonwealth Games; and 146 to the Southeast Asian (SEA) Games.