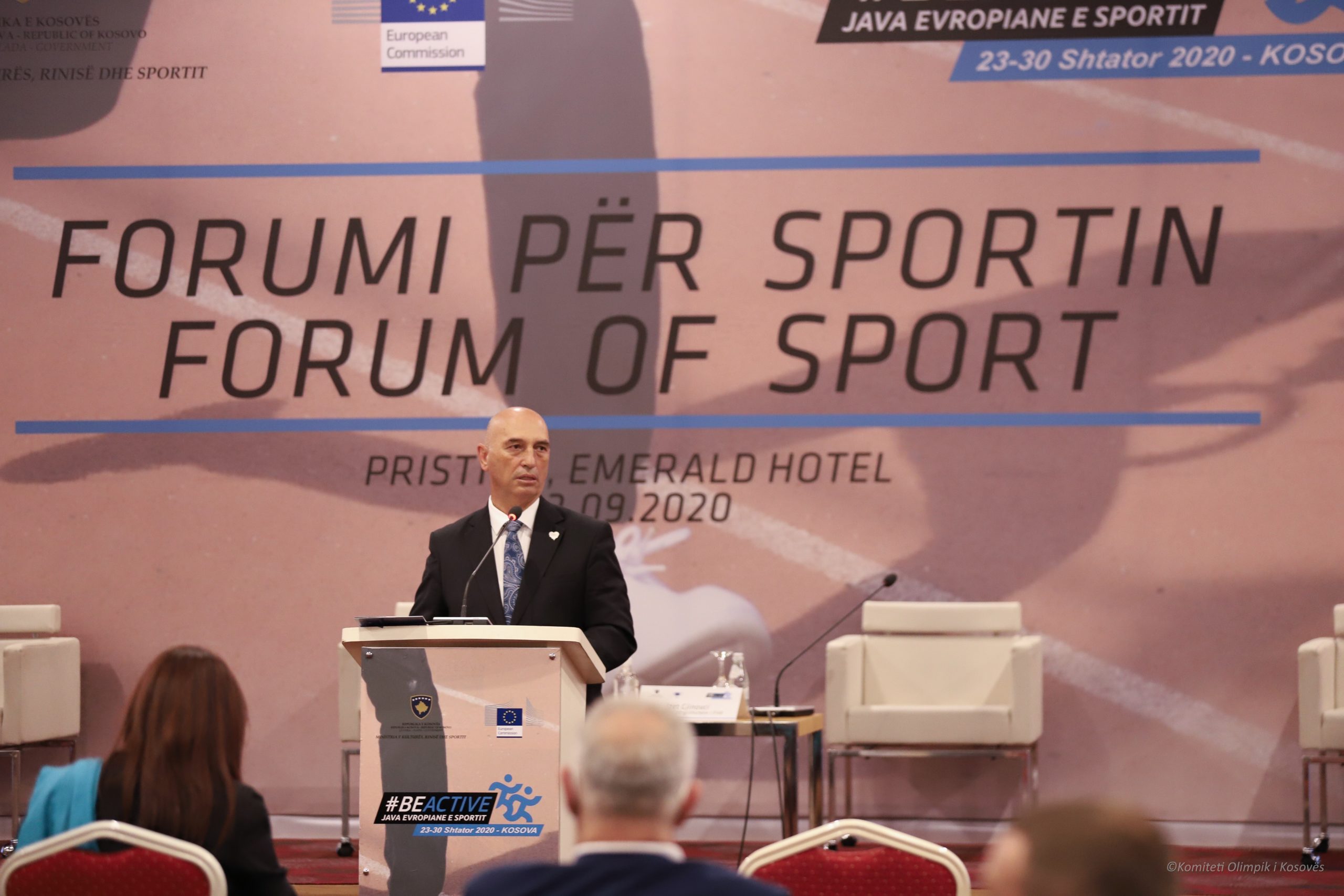 “Sports Forum” Conference, organized by the Kosovo Olympic Committee in cooperation with the Ministry of Culture, Youth and Sports (MCYS), opened the European Sports Week.

The Conference was organized in panels covering topics such as: “Sports and the Covid-19 pandemic”, as well as “National Strategy for Sport, Good Governance and Gender Equality”.

Mr. Besim Hasani, the NOC president, spoke in his opening remarks about the importance of the European Sports Week, calling for children to be involved in sports as much as possible.

Minister Dumoshi opened the European Sports Week stressing that the emergency package allocated by the Government of Kosovo for sports will be distributed to clubs. 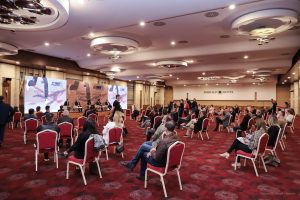 Minister Zemaj caught all the interest and attention of those present regarding the permission to conduct sports activities, for which the Minister of Health announced the reinstatement of sports activities, but with strict measures.

The Olympic champion coach, Driton Kuka, through a video message sent from Slovenia, called for resumption of sports activities starting this week, otherwise we risk losing something we have created for 20 years.

European Week will continue with various activities until September 30, 2020.

The National Olympic Committee of Tajikistan has adopted the anti-doping rules of WADA, the World Anti-Doping Agency. [..]

A signing ceremony for marketing agreement was held on Wednesday between Oman Olympic Committee (OOC) and Ibtihal Al Zad[..]