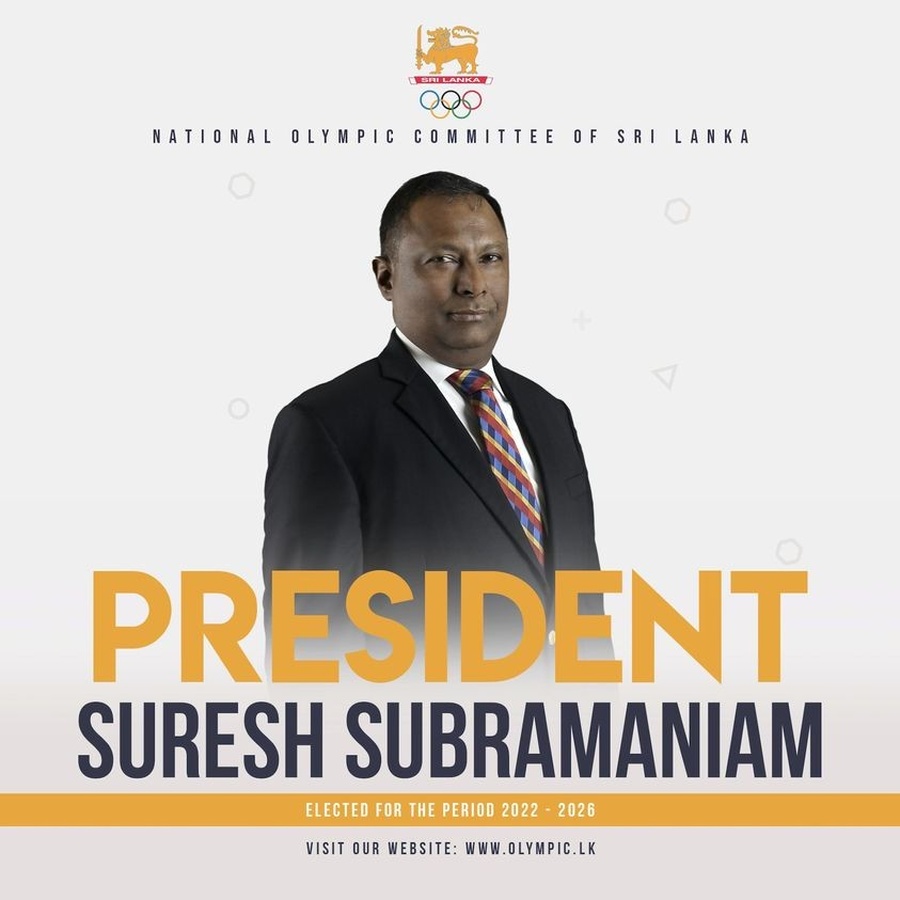 Suresh Subramaniam was re-elected President of the National Olympic Committee of Sri Lanka during the elections held at Olympic House in Colombo on 28 December.

President Subramaniam will serve a four year term from 2022 to 2026 having overcome President of Sri Lanka Athletics Major General (retd.) Palitha Fernando by 21 votes to 12.

“This is a vote of confidence in me. When I first became President of the NOC back in 2018 I received 18 votes. I’m pleased to see more people are supporting me,” President Subramaniam said.