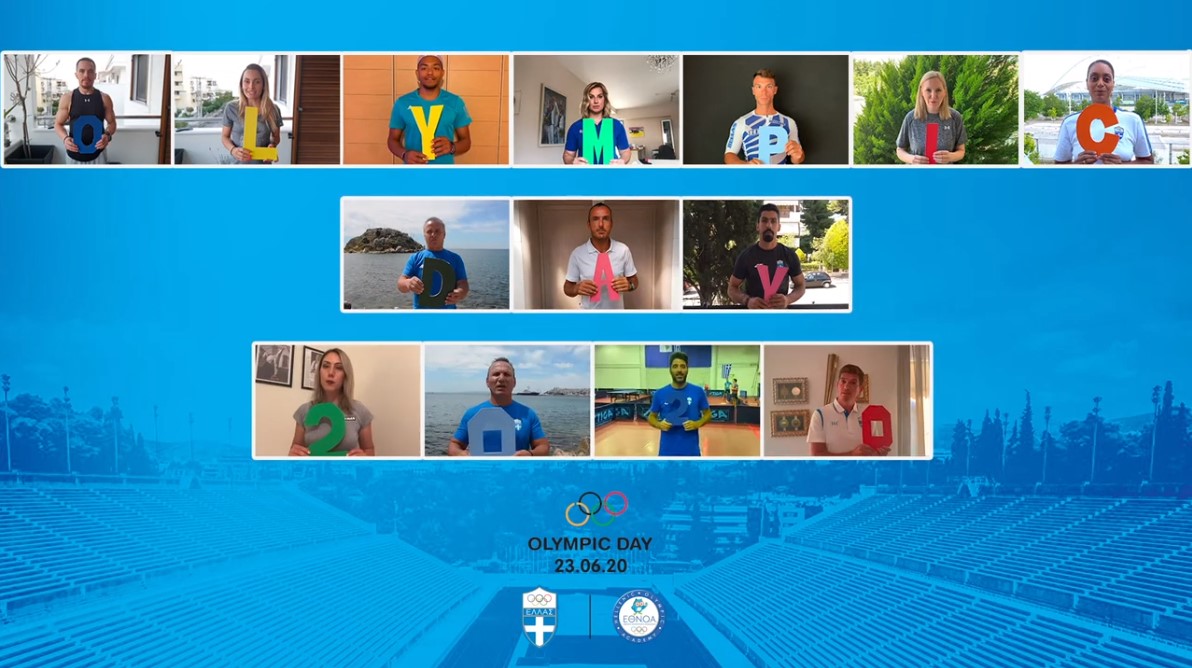 The Hellenic Olympic Committee participated in the celebrations of Olympic Day 2020 and send a message to everyone for the integration of physical activity into daily life.
Because of COVID-19, the celebration happened online this year and in some cases took place in primary schools. The Hellenic Olympic Committee encouraged the athletes, the clubs and the Greek citizens to participate by posting a photo or video of their sports activity on their social media under the hashtag #OlympicDay2020gr.
HOC also created two videos. In the first one, famous Greek athletes participating in a digital relay delivering to each other the letters of the words “Olympic Day 2020” while spreading messages regarding sports activities.

The second video is a compilation of student drawings with themes on the Olympic Values.

The celebrations also took place in sport clubs and schools in cities around Greece like Thessaloniki, Ancient Olympia, Thiva, Livadia under the guidance of famous Olympic winners and Champions from many sports.