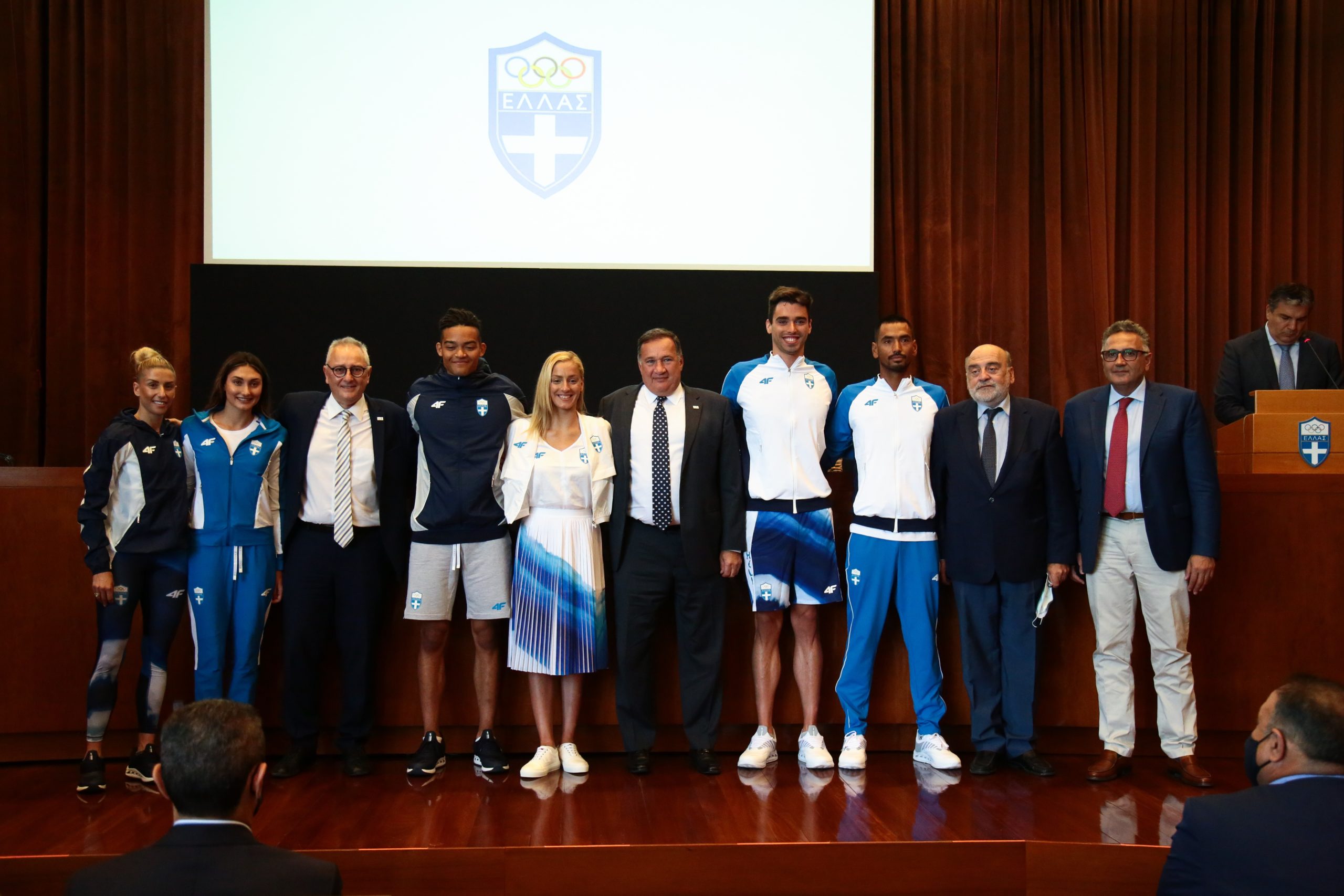 The official uniforms of Team Hellas at Tokyo Olympics

The Hellenic Olympic Committee presented the official uniforms that the athletes will wear at the Tokyo Olympics.

The event was attended by the Deputy Minister of Sports, Lefteris Avgenakis and the Secretary General of Sports George Mavrotas along with the majority of the athletes who have already qualified, including the Olympic medalists Emilia Tsoulfa, Katerina Stefanidi, Lefteris Petrounias, Takis Mantis and Pavlos Kayialis.

The NOC President, IOC member and newly elected EOC President, Spyros Capralos said, “The Hellenic Olympic Committee was filled today with hope, the hopes of our entire nation for distinction at the Tokyo Olympics… I am certain that you will do your duty again, as you have done many times in the past, offering moments of national pride to all Greeks. You have already achieved the first victory with your participation, fulfilling the biggest dream that every athlete has in his career… This victory/qualification is particularly important as it was achieved in really difficult and unprecedented circumstances.”