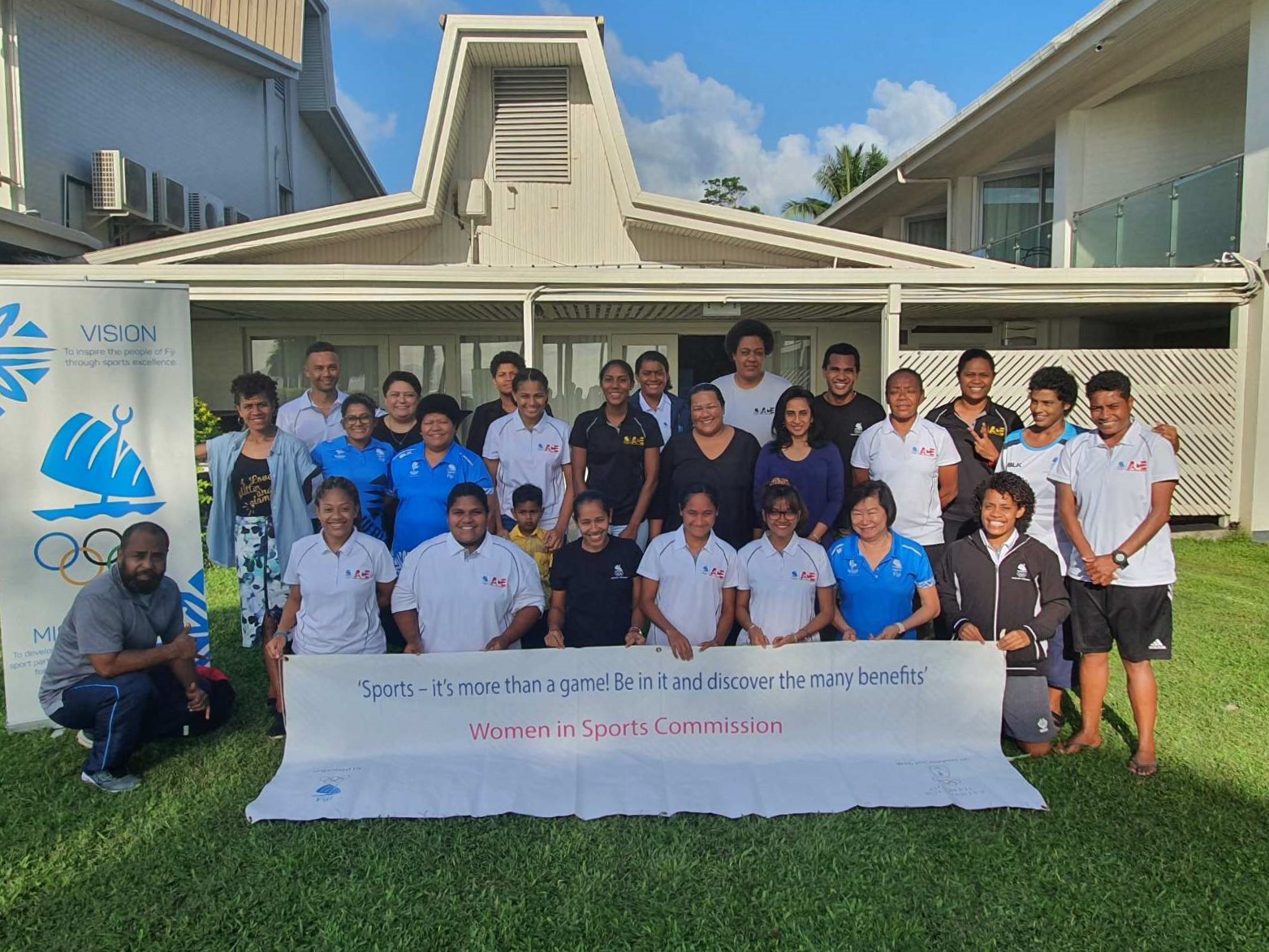 Workshop conducted by Women in Sport Commission of Fiji NOC

Fiji Association of Sports and National Olympic Committee‘s Women in Sport Commission conducted an in-house closed workshop on “Contextualizing Gender-based Violence and its impact in Sports” over the last weekend in Suva.

The chairperson of the Commission, Hamidan Bibi facilitated the workshop that included participants from the NOC’s Voices of the Athletes Programme Champions, the commission members and the NOC staff.

Bibi said in partnership with VOA the plan was to conduct an in-house workshop that will help contextualize gender based violence (GBV) and its impact in sports.

“It is anticipated to be offered to National Federations (NFs) and other sporting organisations for awareness and advocacy on the subject, as well as help create desired change among our communities – a much needed feat today,” she said.

Bibi said the sporting sector is a large part of society and the current increase in GBV related cases has had an impact on sporting communities in various ways, including full engagement of women and girls in their participation in physical activities, staying motivated and continuing to serve in the governing of committees, athlete’s performances and resources to help support those who may be affected, to list a few.

“The workshop helped identify material relevant to how GBV impacts sports – its root causes, consequences and impacts,” she said.

“Participants through experiential sharing helped identify small case studies or stories emerging over the years they had experienced through sports.”

Bibi said these materials will be further contextualized and then be offered to NFs and other interested sporting bodies such as clubs, to help create awareness, advocacy and change among the communities they serve in the near future.

VOA Champion Hector Smith said the workshop was an eye opener for him and one he encouraged others to be a part of.

“Gender based violence is right now at the forefront of problems we face here in Fiji and it is up to us as role models to tackle this issue,” he said.

“But these workshops would not be useful unless we as participants really take back and live what we learnt during the workshop.”

VOA Officer Matelita Vuakoso said it was important that the champions were a part of the workshop.

“We encourage and practice gender equity in the programme and hopefully in the next quadrennial we can adopt and advocate on Gender Based Violence in Sports which is currently an important topic and one we have to fully understand,” she said.

The workshop was funded by the International Olympic Committee Olympic Solidarity Gender Equality and Diversity Programme.

It is anticipated that further  GBV and its impacts on sports workshops will be conducted in October and November for interested NF’s  with the assistance of Olympic Solidarity funding.