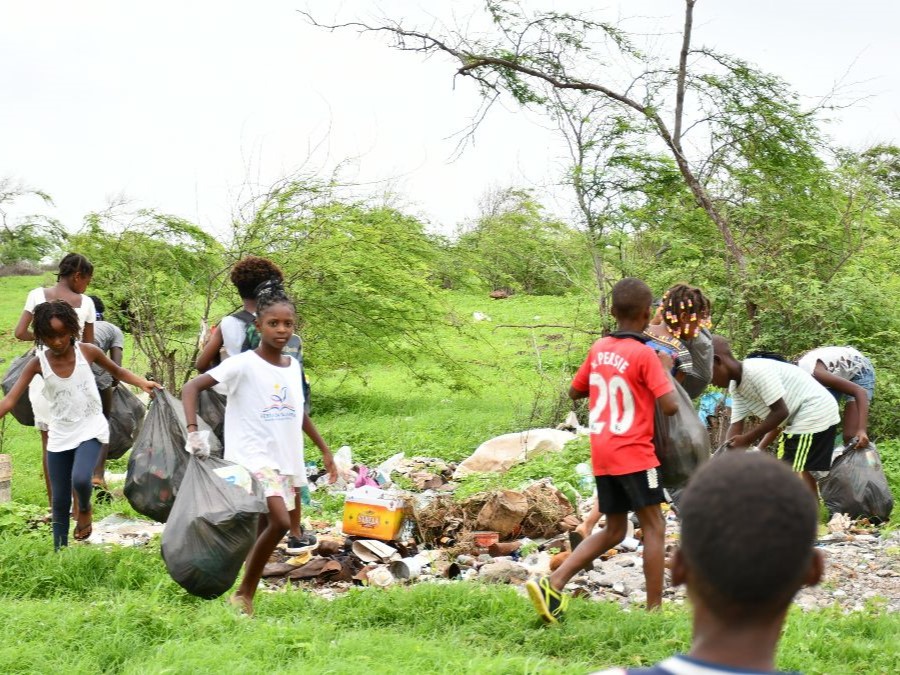 The Cape Verdean Olympic Academy celebrated “World Clean-Up Day” in Achada Fazenda on 17th September, in partnership with the Municipality of Santa Cruz, the Olympafrica Centre and the Athletics Association of Santiago Norte.

Plogging, a mixture of running and litter picking, was the activity carried out in this year, where children and young people from the local community were invited to participate. The course was 1.1 km, starting at the local sports centre and finishing at the Olympafrica Centre.