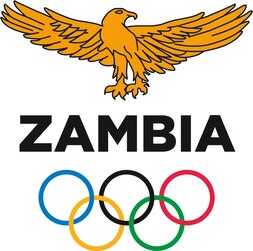 The National Olympic Committee of Zambia (NOCZ) joined the rest of the Olympic movement in commemorating the 2020 Olympic Day which falls on 23 June in style amidst the COVID 19 Pandemic.

With the world almost on its knees amidst the COVID 19 pandemic activities for the day couldn’t be held like it has been done in the past, it is in this regard that NOCZ decided to premier the NOC Presidents Olympic Day Message on their Facebook page on Olympic Day.

NOCZ President Alfred Foloko called on people to remember to Stay Strong as the fight against COVID 19 continues, Stay Active by getting things done and working out in the comfort of their homes in order to be in a better mental and physical state, Stay Healthy by maintaining good health that requires a smart lifestyle and eating a balanced diet.

“Let us embrace the Olympic Values of respect for one another, foster strong and lasting friendships and apply high levels excellence in dealing with challenges brought about by the COVID-19 Pandemic. Together, we can emerge victorious in these difficult times, as we have always done,” He said.

Tilka Paljk’s Olympic Day message focused on Mental Health Awareness while Suwilanji Mpondela talked about the importance of the Olympic Day among other messages.

In addition to the messages, a Virtual Olympic Day Run was organized. 294 participants from around the country and beyond including NOCZ Vice President Hazel Kennedy and Secretary General Boniface Kambikambi took part in the virtual run as they covered distances of 5 to 10 kilometers at their own pace.

To conclude the activities, NOCZ organized a team lead by NOCZ Programmes Officer Tinyiko L.K Noombo to feature on various TV and Radio Programmes as they gave insights on Olympism, Olympic Day and Olympic Values.