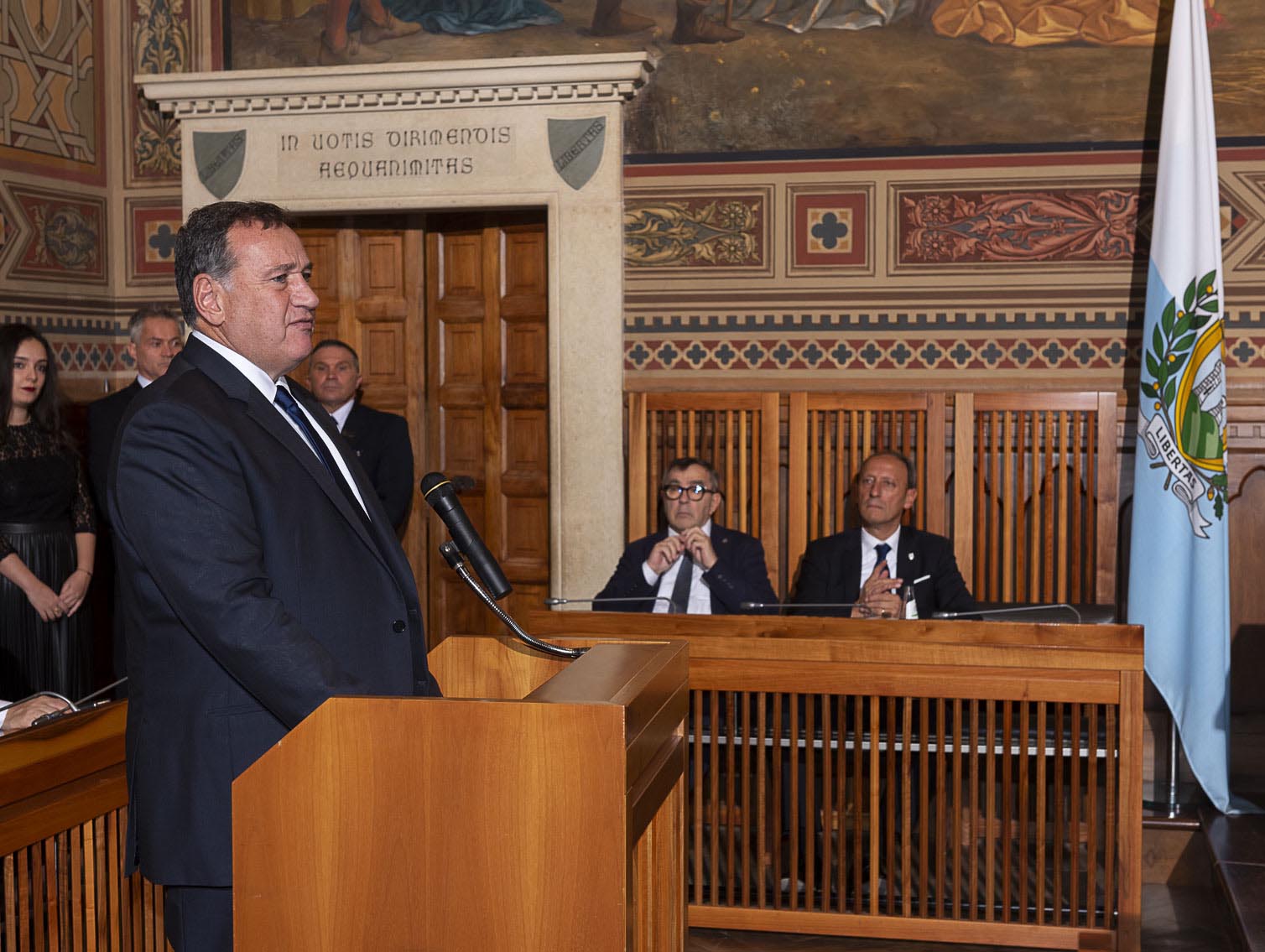 Along with the greatest national champions, the event featured many personalities from the Olympic movement, including Mr. Spyros Capralos, International Olympic Committee (IOC) Member and European Olympic Committees (EOC) Executive Committee member, who represented the EOC for the occasion.

“Despite being the NOC of such a small country, over the sixty years of its existence this NOC has given unswerving support to the Olympic Movement of Europe,” Capralos said in his address at the ceremony.

“This thanks to a succession of Presidents and Secretaries General voted to promoting the principles and values of the Olympic Movement, including the incumbents, our good friends Gian Primo Giardi and Eros Bologna, whom I have known for a long time and whose work I highly praise.”

Capralos also stressed the measure of how sport in San Marino has grown, highlighting the successes of its young athletes at the European Youth Olympic Festival Baku 2019, where Arianna Perilli, and the duo Manuel Mancini–Alessandra Perilli, brought home respectively a silver and a gold medal in CONS specialty: trap shooting.

“But I want to above all congratulate you for the result reached by your NOC at the Minsk 2019 European Games where your wrestler Myles Nazem Amine won a historic bronze medal, the first medal for San Marino in wrestling, that has allowed him to qualify for the Tokyo 2020 Olympic Games,” continued.

Amongst the highlights of the night was the presentation of the book titled “60 years of passion”, which retrace the step of the 60-year history of CONS.