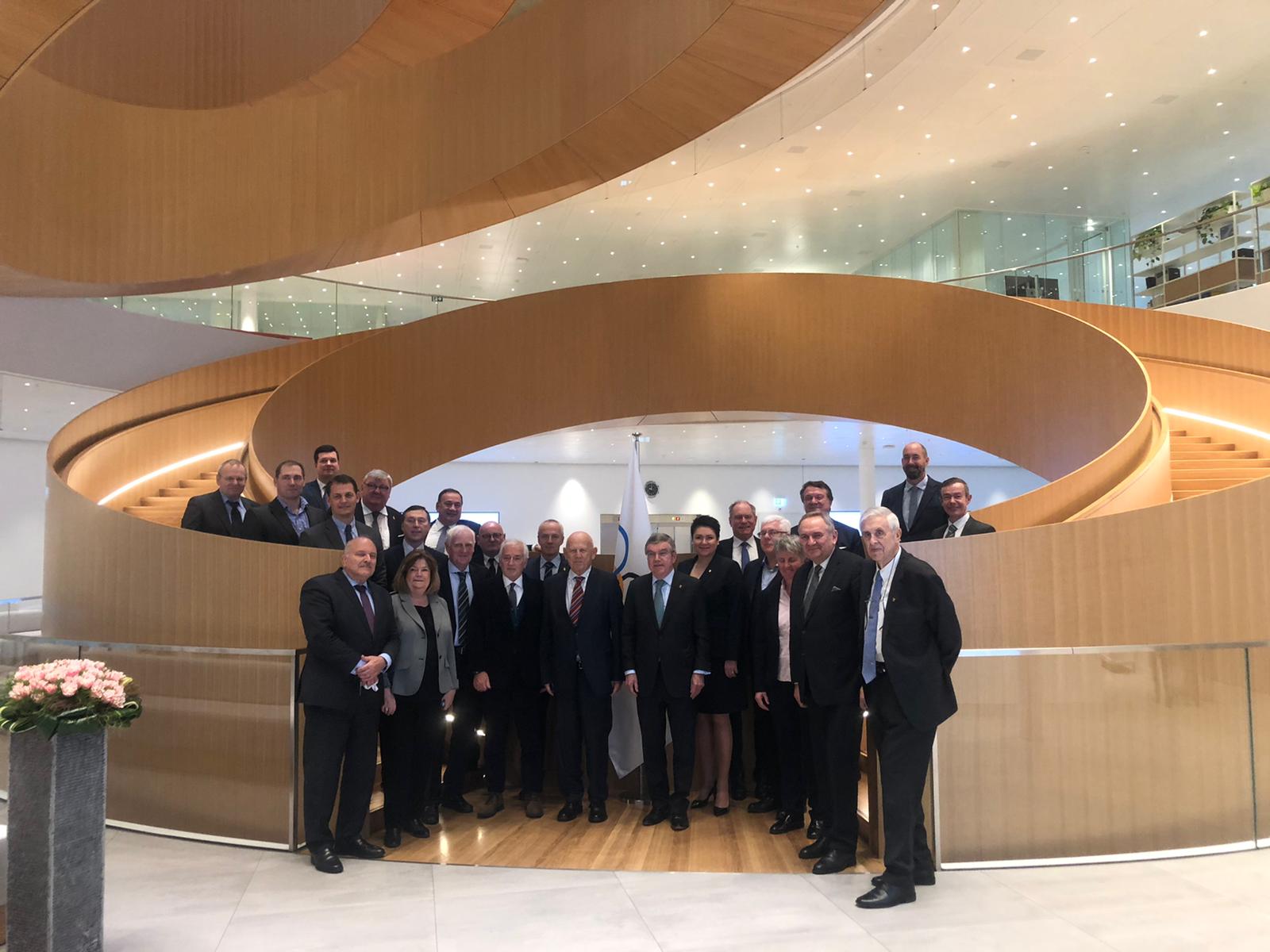 The EOC Executive Board met as per tradition today for their first meeting of the year in the IOC Headquarters in Lausanne.

The IOC President Thomas Bach welcomed the delegates to the new offices and gave an update on the activities of the IOC. He also congratulated the EOC and its President for the successful events that took place in Europe in 2019 including the European Games as well as the EYOF. He also congratulated the EOC for the excellent results of the European NOCs at the recent Winter Youth Olympic Games in Lausanne.

Other topics on the agenda were the reports on the preparations for the next European Games and EYOF, cooperation with EU, Rule 40 and 50 as well as the upcoming EOC seminar in Slovakia in May.

ANOC Secretary General Gunilla Lindberg delivered a report about the debrief of the ANOC World Beach Games in Doha as well as the cooperation with IOC and the IFs regarding the sports calendar and the Continental Games.

The next meeting of the EOC Executive Board will take place in Slovakia on 14 May.

The Women in Sport Committee of the Hungarian Olympic Committee held a conference on the role of women in sport, attende[..]