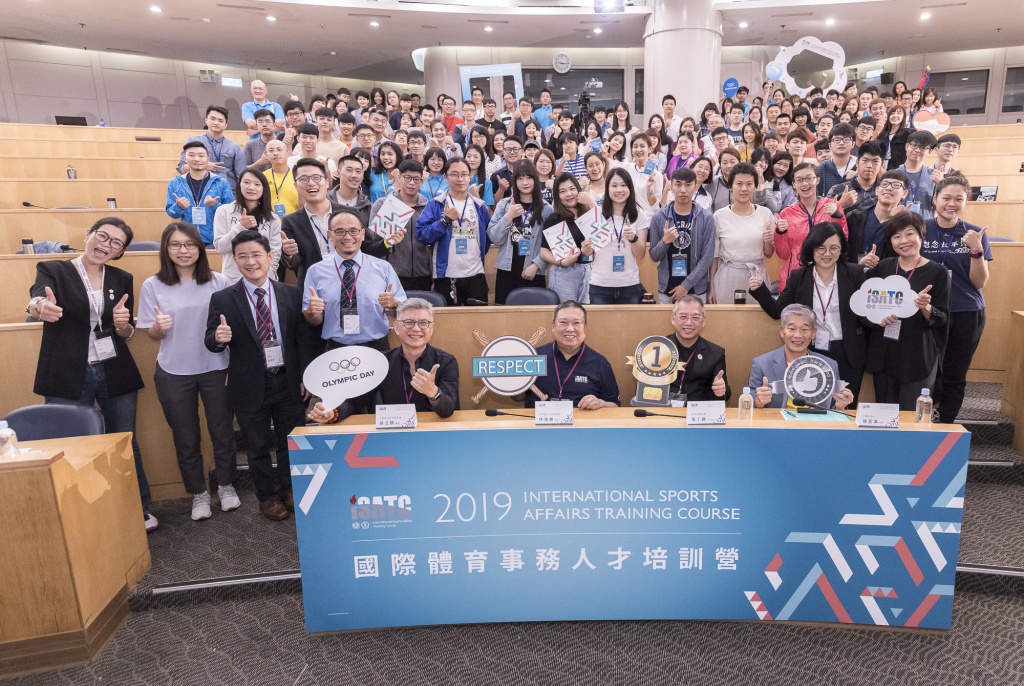 The Chinese Taipei Olympic Committee, in cooperation with the Ministry of Education, conducted the 9th International Sports Affairs Training Course 2019 in Taipei on 27-28 April.

Of the 500 applications for a place on the course, only 200 could be accommodated for a series of presentations and group sessions discussing all aspects of sport such as diplomacy, sports marketing and media, peace initiatives and the organisation of major events such as the Asian Games.

As well as students from universities and organisations in Taipei, participants also attended from Singapore, Vietnam, Sri Lanka, Thailand and Malaysia among others.

On the concluding afternoon, the students worked in five groups to put together power-point and video presentations on how international sport can bridge gaps and contribute to world peace. Each group had a minimum of 12 minutes and a maximum of 15 minutes to make their presentation.

The students, mentors and speakers received a Certificate of Appreciation signed by the President of the Chinese Taipei Olympic Committee  Hong-Dow Lin and by Chin-Hsung Kao, Director General, Sports Administration, Ministry of Education.