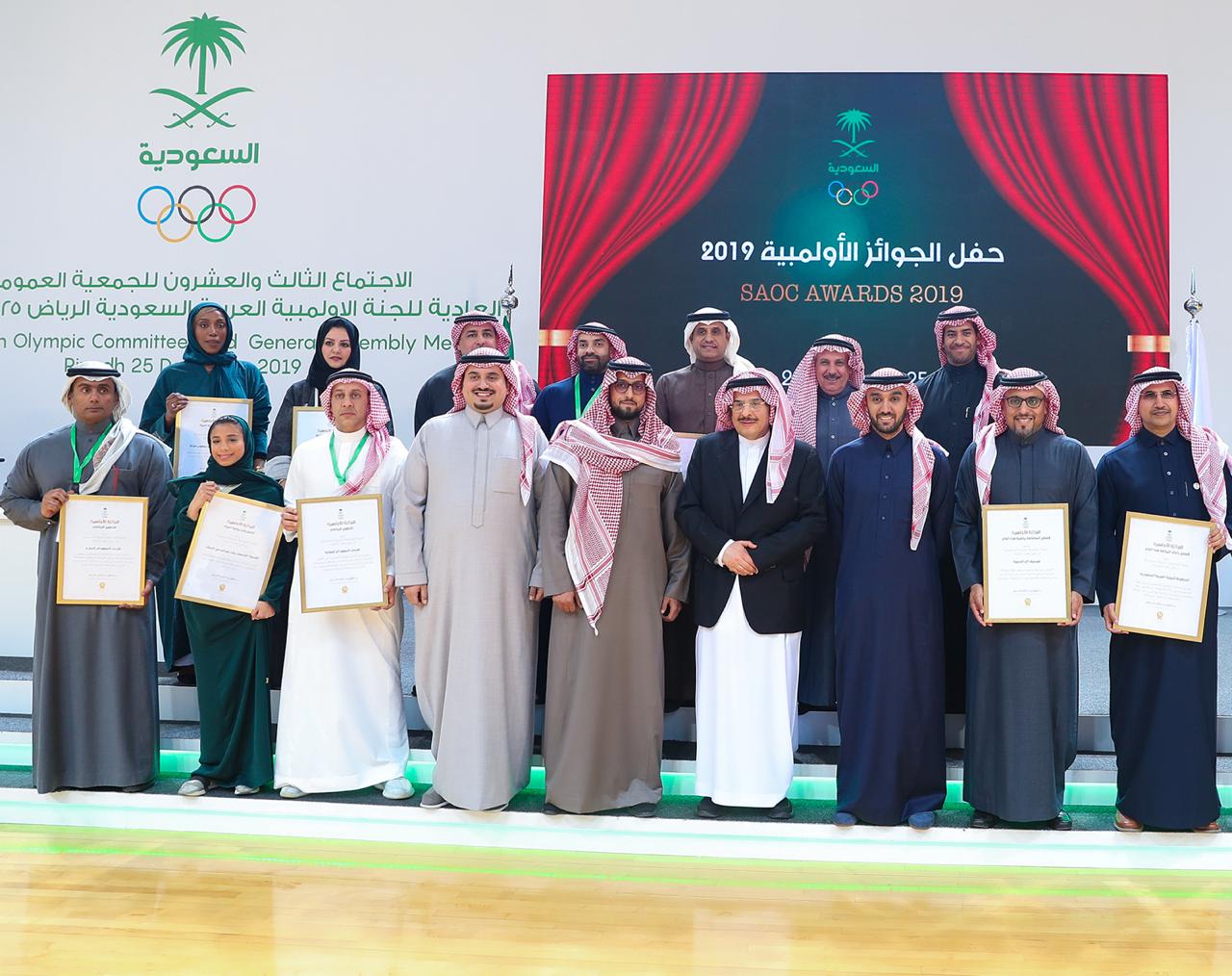 This award was presented to him in recognition of his leadership and achievements. During his Presidency 1999-2011, SAOC was recognized as one of the most successful Olympic Committees in Asia with tangible results both in the management and the sport fields. His actions and dedication for sport and the Olympic movement was second to none.

Other awards presented during the ceremony included:

Very satisfied of this first edition, SAOC president Prince Abdulaziz Bin Turki Al-Faisal declared after the ceremony “We are very satisfied with this event which we will host annually and it will surely go bigger next year after the Tokyo 2020 Olympic Games as we expected to present more awards including athletes, people and organisations that are tirelessly contributing to sport development in the Kingdom”.