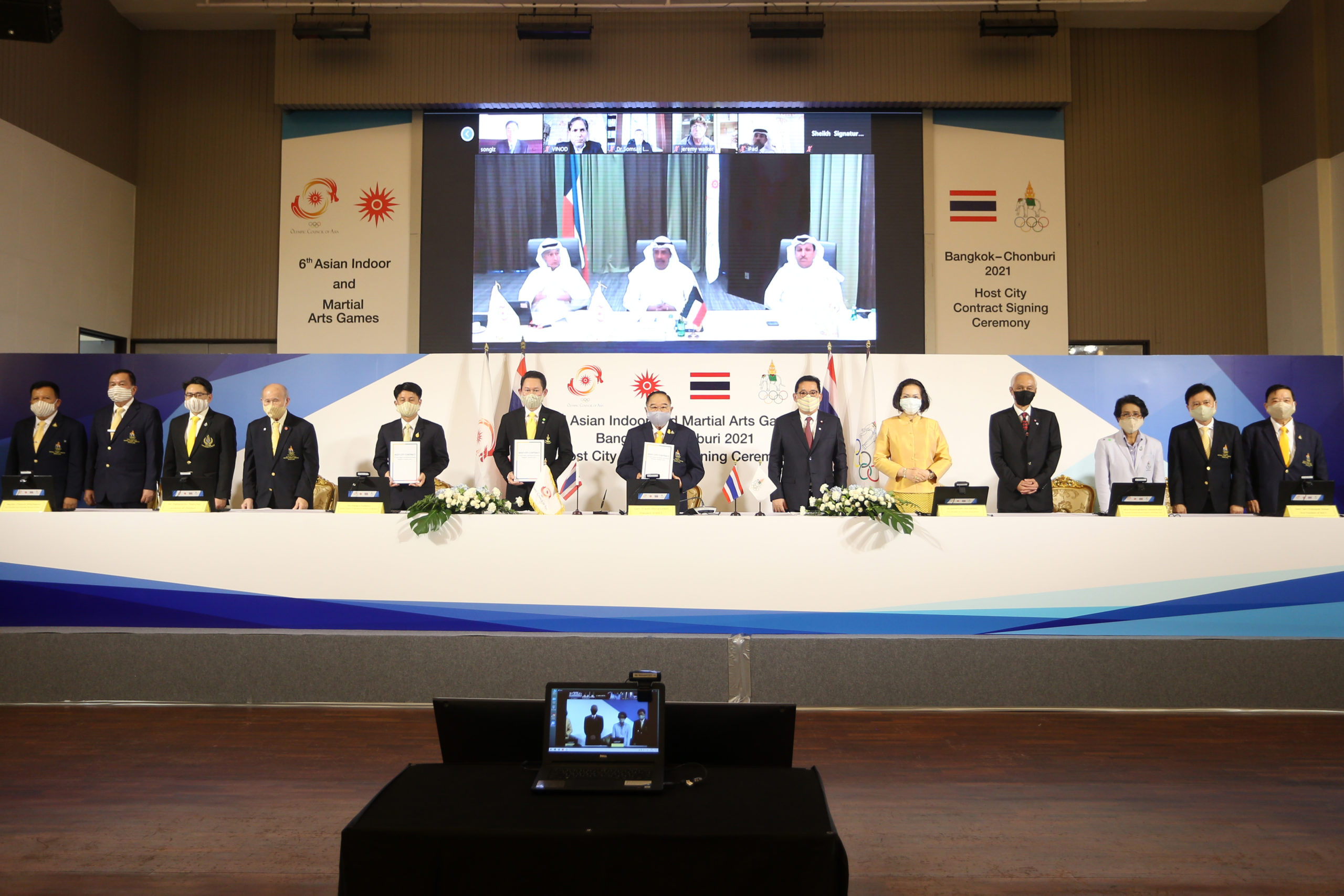 The Olympic Council of Asia (OCA) has signed the Host City Contract for the 6th Asian Indoor and Martial Arts Games 2021 (AIMAG) to be hosted by the Kingdom of Thailand.

The signing ceremony took place on Thursday, April 23 and was conducted via video conference link between the Sports Authority of Thailand in Bangkok and the OCA HQ in Kuwait.

AIMAG 6 will take place in two cities, Bangkok City and Pattaya City in Chonburi province, in the first half of 2021 on dates to be finalised. There will be 24 sports on the programme.

The President of the Olympic Council of Asia, His Excellency Sheikh Ahmad Al-Fahad Al-Sabah, said it was very disappointing not to be in Thailand for the signing ceremony and that he fully understood the “complicated” situation caused by the COVID-19 disease.

Sheikh Ahmad wished good health to His Majesty the King of Thailand, the Olympic movement and the Thai people and said he hoped the world would recover soon.

“We appreciate that the National Olympic Committee of Thailand and the Royal Government of Thailand have been a great supporter of Asian Olympic Movement for many years and hosted the first Asian Indoor Games in 2005,” said Sheikh Ahmad.

“Thailand has always recognised the potential and the demand of these games and, with their experience, we are sure they will be very successful in 2021.

“We are working together to continue our calendar, whatever the situation in the world, because this is our duty. I wish all success to the 6th Asian Indoor and Martial Arts Games next year – and thank you for your understanding that we cannot come to your beautiful country to celebrate the signing of the host city contract.

“We will keep working together and keep our unity and our solidarity. Congratulations for hosting the 6th Asian Indoor and Martial Arts Games in 2021,” Sheikh Ahmad said.

The President of the National Olympic Committee of Thailand, Deputy Prime Minister His Excellency Gen. Prawit Wongsuwon, thanked the OCA on behalf of the Royal Thai Government for awarding hosting rights.

“With the commitment of the Royal Thai Government and the Ministry of Tourism and Sport we are sure the games will be a tremendous success. Although we are apart due to the need for social distancing, I feel that sport and the Olympic Movement brings us close together.”

Badminton has become the latest sport to be added to the programme of the European Games Kraków-Małopolska 2023, the E[..]