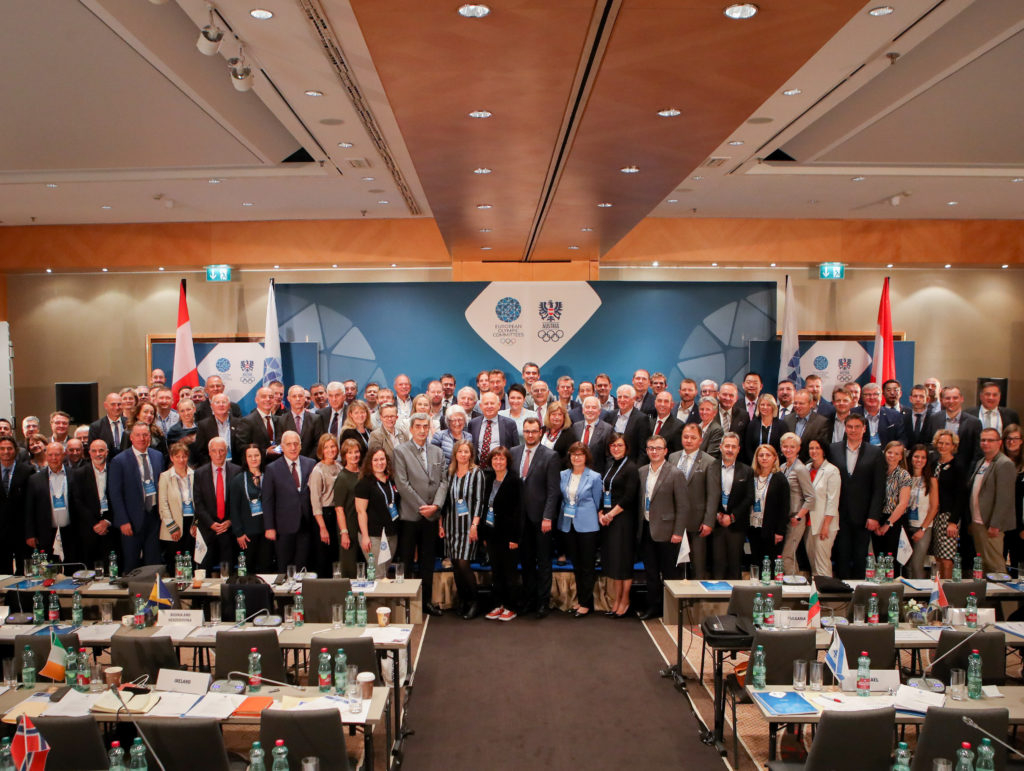 40TH EOC SEMINAR COMES TO A CLOSE IN VIENNA

The 40th European Olympic Committees (EOC) Seminar concluded in the Austrian capital of Vienna, with reports on upcoming EOC sports events, an update from the World Anti-Doping Agency (WADA), and presentations on two exciting projects being organised by the NOC of Spain and NOC of Austria.

With only 33 days to go to the start of the 2nd European Games Minsk 2019, Minsk European Games Organising Committee Deputy CEO Anatol Kotau outlined how the organising committee has grown from a staff of 33 in January 2018 to 811 at present.

Capralos, EOC Coordination Commission Chair for Minsk 2019, added that all venues are ready and operational, are waiting for the athletes, a flight has been chartered to fly EOC members and NOC Presidents to Switzerland on Olympic Day, 23 June, for the opening of the new headquarters of the International Olympic Committee in Lausanne. They will return to Minsk later the same evening.

Updates on preparations for upcoming editions of the summer and winter European Youth Olympic Festivals were also delivered, followed by the official announcement of the new Host City for the 16th Summer edition: Banska Bystrica, Slovakia. Slovakia was also named host of the next EOC Seminar, to be held at the x-bionic sphere in Samorin in spring 2020.

The day started with an overview on European Union sport funding opportunities, including the Erasmus+ project, delivered by EOC Vice President Niels Nygaard, who is also Liaison Member with the EOC EU Commission, and EOC-EU Office Director Folker Hellmund. Hellmund said that the EOC-EU Office will organise a seminar for European NOCs on such funding opportunities this September.

The NOC of Spain presented its CONpaas Project, a shared platform for NOCs that provides them with a range of advanced tools and services, from data management and document filing to the creation of an Olympic digital library. The project is supported by Olympic Solidarity and will be tested at the Youth Olympic Games Lausanne 2020 before going fully operational for the Olympic Games Tokyo 2020.

The NOC of Austria, meanwhile, outlined the evolution of Snow Volleyball, which has its origins in the mountains of Wagrain and is now practiced in a number of countries around the world and is vying to become part of sports programme for the Olympic Winter Games Beijing 2022.