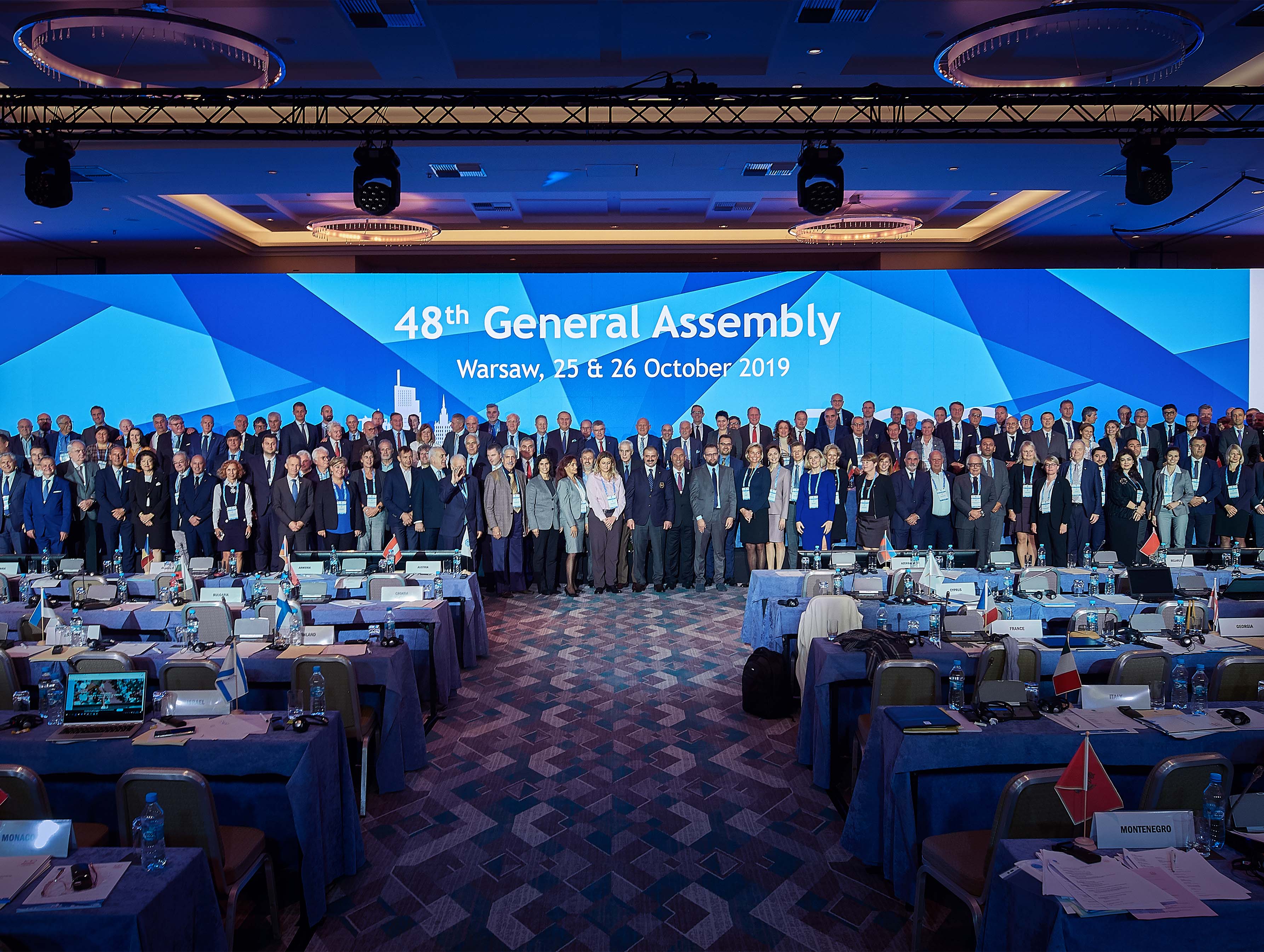 The 48th General Assembly of the European Olympic Committees (EOC) got under way in Warsaw, Poland.

International Olympic Committee President Thomas Bach provided the welcome address for the two-day meeting, encouraging the EOC to build on the great success of the 2019 European Games in Minsk, which he attended this summer.

He also highlighted the efficiency and dynamism of the 50 European National Olympic Committees, thanking them for their contribution to the Olympic Movement and discussed the need for unity, political neutrality and solidarity in order to achieve the Olympic mission of building a better world through sport.

EOC President Janez Kocijančič reiterated the importance of universality, good governance and ethics in all organisations of Olympic Movement. He went on to thank the organisers of the four EOC multi-sports events in 2019, including those of the summer and winter editions of the European Youth Olympic Festivals (EYOFs) and the Games of the Small States of Europe. He reserved special praise for the organisers of the 2nd edition of the European Games in Minsk, before calling for the continent’s premier multi-sports event to be better integrated into the Olympic fold.

“The European Games should be much more integrated into the Olympic Movement and a fundamental part of [qualifying for] the Olympic Games,” Kocijančič said.

Capralos focused largely on measures to continue improving the event in the future. These included ways to bolster the Games’ programme, marketing and sustainability. The third edition of the Games are set for Krakow and the Malopolska region of Poland in 2023.

The Assembly was welcomed to Warsaw by Polish NOC President and host of the event, Andrzej Krasnicki, and Minister of Sport and Tourism of Poland Witold Bańka, who will become the next President of the World Anti-Doping Agency (WADA) later this year. Bańka reiterated how the entire Olympic Movement shares the responsibility for the integrity of sport and also congratulated the Polish Olympic Committee on its centenary year and for following the traditional values of sport since its foundation.

The General Assembly was tasked with approving the financial accounts for 2018, the budget for 2020 and amendments to the EOC Articles of Association, including a measure based on IOC recommendations regarding gender equality intended to give the EOC a leading role in increasing the number of women in leadership roles in sport.

The Assembly received status reports from the organisers of the 3rd edition of the European Games Krakow and Malapolska, the Olympic Games Tokyo 2020, Beijing 2022 and Milan/Cortina 2026.

Former EOC Executive Committee Member and President of the Slovak Olympic Committee Frantisek Chmelar (SVK) was awarded the EOC Order of Merit for his lifelong service to sport and the Olympic Movement in Europe.

The General Assembly will conclude on Saturday 26 October, followed by the 100th Anniversary Gala for the National Olympic Committee of Poland. The winner of the 9th Summer Edition of the Piotr Nurowski Best European Young Athlete Prize will also be announced.