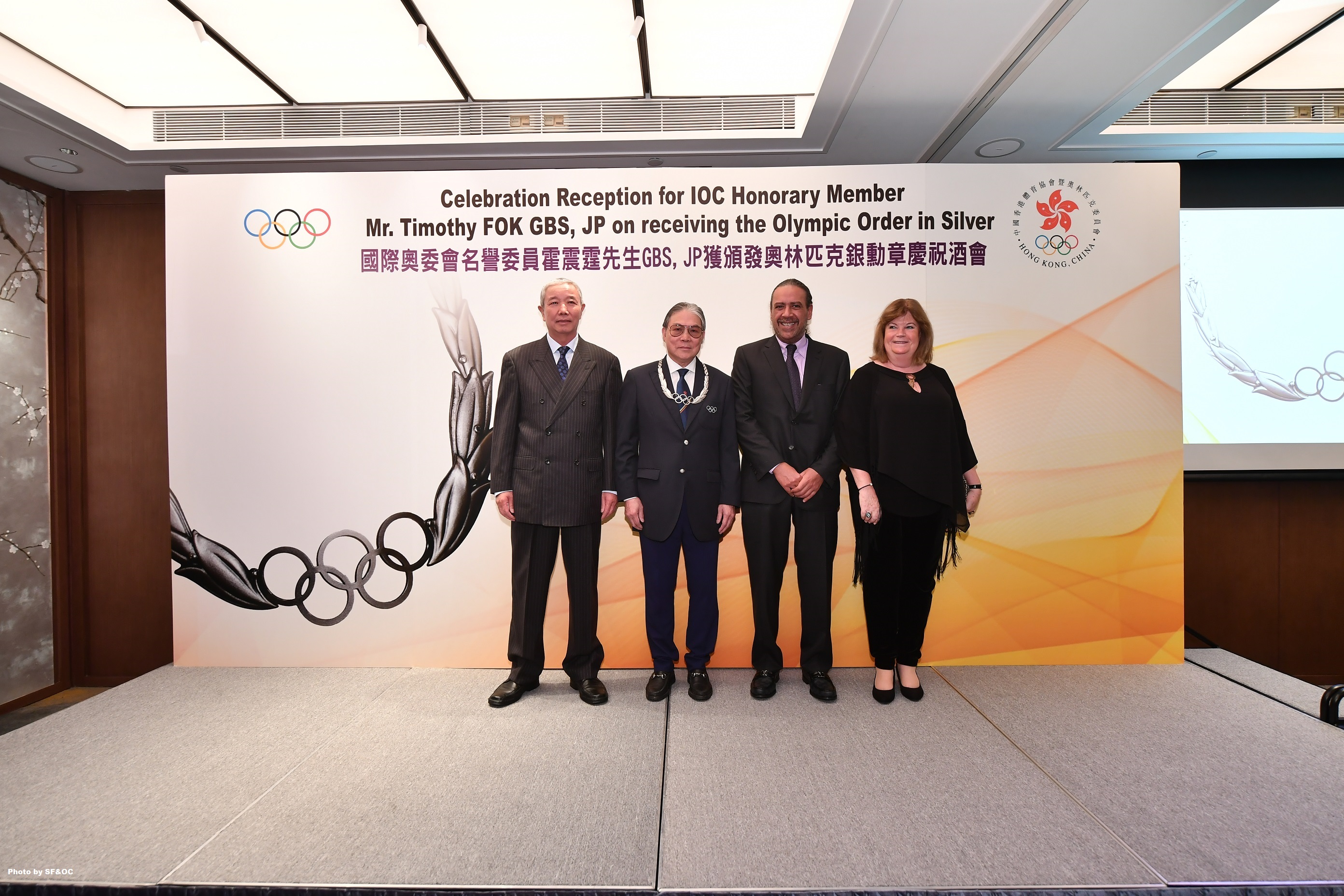 In celebration of our President Mr. Timothy FOK being awarded the Olympic Order in Silver, an international recognition by International Olympic Committee, the Federation has specially organized a Cocktail Reception in the evening of 19 November 2018 at Artyzen Club, Shun Tak Centre, Hong Kong.  Sports Celebrities from local and overseas joined this happy occasion.