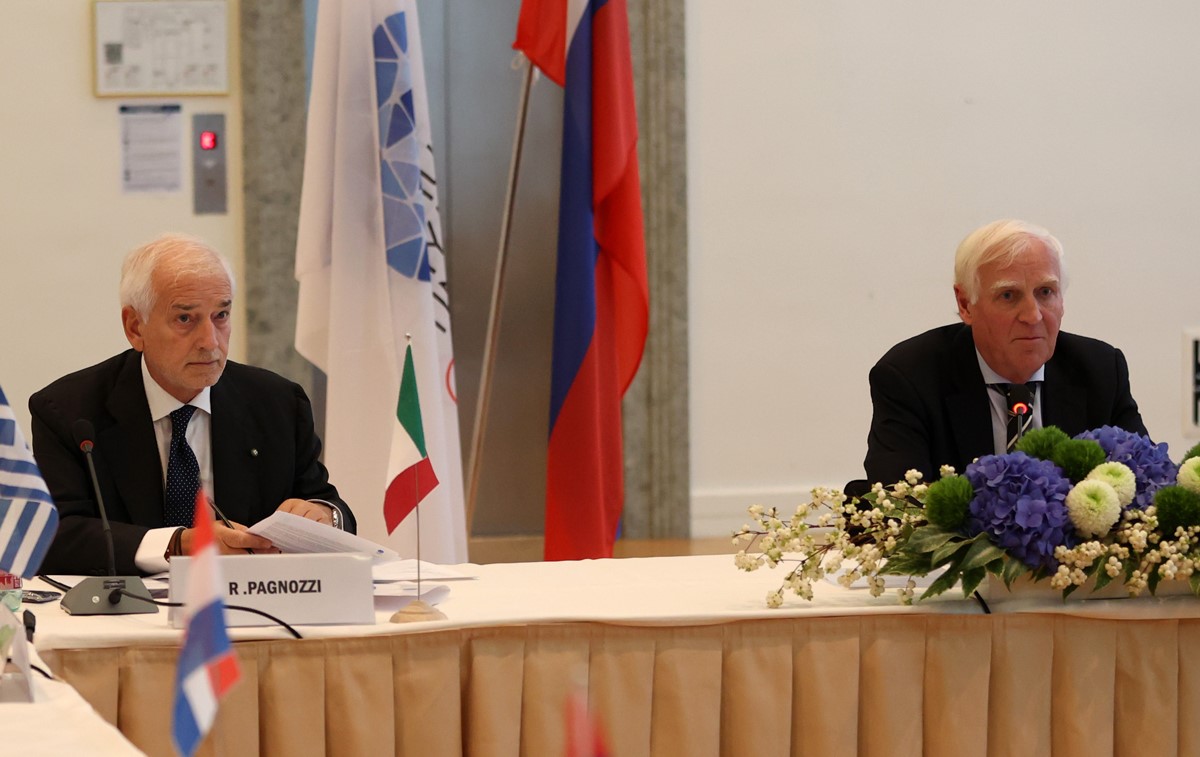 The European Olympic Committees (EOC) Executive Committee (ExCo) held an in-person meeting on 21 September in Ljubljana, Slovenia, the first since the start of global coronavirus pandemic.

Due to travel restrictions, a number of ExCo members were not able to attend in person and so joined the meeting remotely.

During the meeting a number of key issues were addressed including an update on the preparations for the third edition of the European Games. There was also an update on the activities undertaken by the EOC staff in Rome, including the distribution of  the Tokyo 2020 emergency funds provided by ANOC. In addition, ANOC Secretary General Gunilla Lindberg delivered a report on ANOC’s activities.

“It has been a very productive couple of months for the EOC,” said Acting President Niels Nygaard, noting the importance in particular of the progress being made with regard to the European Games Krakow-Malopolska 2023. “Our meeting last weekend with members of all levels of Polish government and the Polish Olympic Committee was especially fruitful, and we are impressed by the energy and enthusiasm they are bringing to the project.”

There were also discussions on the 49th EOC General Assembly, which will take place in Rome on 27 November. The General Assembly will be asked to vote on a possible change to the EOC Articles of Association and approve the audited 2019 financial statements and 2021 budget.

An early vote for EOC President by the full General Assembly has been suggested. This would first require a change to article 13.6 of the EOC Articles of Association. Should the proposed amendment be agreed to by the General Assembly this November, an early election for President could take place at the end of February 2021. Delegates to the General Assembly will be able to attend – and vote – online or in person.