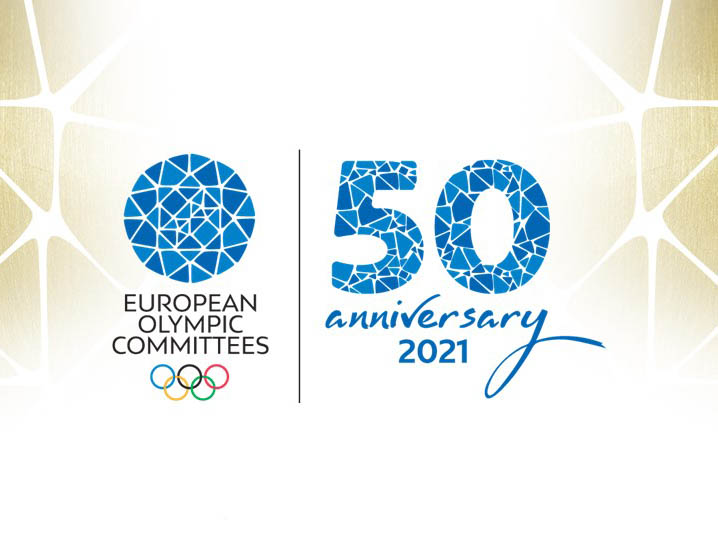 The Executive Committee of the European Olympic Committees (EOC) met virtually to officially open the calendar on its 50th anniversary year, which will be commemorated at the 50th EOC General Assembly in Athens on 16-17 April.

EOC Acting President Niels Nygaard opened the meeting with a recap of the activities undertaken since the last ExCo meeting in late November. Highlights included the ongoing preparations for the European Games Krakow-Malopolska 2023, the Court of Arbitration for Sport (CAS) decision on the Russian Anti-Doping Agency (RUSADA), the situation surrounding the Belarusian National Olympic Committee (NOC), and a meeting on 1 December with EU ministers regarding sport’s role in Europe, at which Nygaard spoke on behalf of the Olympic Movement in Europe.

The Acting President also expressed his hope that the Olympic Games Tokyo 2020 would go ahead as planned this summer, despite the worsening COVID-19 conditions. “We have seen a worsening of the situation in many European countries and elsewhere around the world, which has meant even more travel restrictions,” Nygaard said. “On the positive side, now that we have vaccines, hopefully in our countries in the coming weeks and months more and more people will get vaccinated and we will have a situation later in spring and in summer where it will be much more possible to travel. I am quite confident that when we reach July we will be in a better situation and we will be able to have the Olympic Games.”

Questions regarding the pandemic and how it may affect both the 50th General Assembly and the hosting of the Games this summer were raised throughout the meeting. It was agreed that the next ExCo meeting would be divided into two sections: one specifically to discuss preparations for the General Assembly and the other to address concerns about Tokyo 2020, with an eye to providing the strongest possible assistance and information to European NOCs and their delegations.

EOC Secretary General Raffaele Pagnozzi outlined the activities of the EOC staff, beginning with the signing of agreements with beach handball, canoe, karate, modern pentathlon and taekwondo for the sports programme of the 2023 European Games.

“We are delighted that we already have a strong mix of traditional Olympic sports and new sports for the third edition of the European Games,” Pagnozzi said. “We are also in ongoing dialogue with 15 other European Federations and expect to be making more announcements in the coming weeks.”

Chair of the Coordination Commission for Krakow-Malopolska Hasan Arat followed with an in-depth report on the 2023 European Games, adding that while COVID-19 had forced meetings online, it hadn’t slowed down discussions surrounding the Games. He expressed his gratitude for the excellent collaboration between the EOC and the NOC of Poland, in particular with its President Andrzej Krasnicki and his team.

EOC Executive Committee member Djordje Visacki presented on the development of Strategic Agenda 2030, which aims to set out a clear vision for the EOC over the next decade with regard to all matters facing European NOCs, including sports events, good governance, anti-doping efforts and other issues.

Secretary General Pagnozzi also noted that final negotiations are underway with the International Testing Agency (ITA) for the body to take over testing for the Winter and Summer editions of the European Youth Olympic Festivals (EYOFs) and the European Games.

The ExCo heard that preparations for all editions of the EYOF are progressing well, with Vuokatti 2021 confirming that, snow conditions permitting, the full sports programme will be retained for their event, which was postponed from February to December due to the pandemic.

The ExCo discussed gender equality procedures for elections at the next General Assembly. In December, the 50 National Olympic Committees of Europe (ENOCs) overwhelmingly supported a motion to boost gender equality within the leadership of the EOC. The amendment to the Articles of Association ensures that 30 percent gender representation will be achieved within the EOC ExCo starting from the next elective General Assembly in April. A minimum of five of the 16 elected Members will now be required to be of each gender.

ANOC Secretary General Gunilla Lindberg briefed the ExCo on the latest work of the umbrella organisation for the world’s NOCs, including efforts to finalise a strategic report regarding the sports calendar for Continental Games.