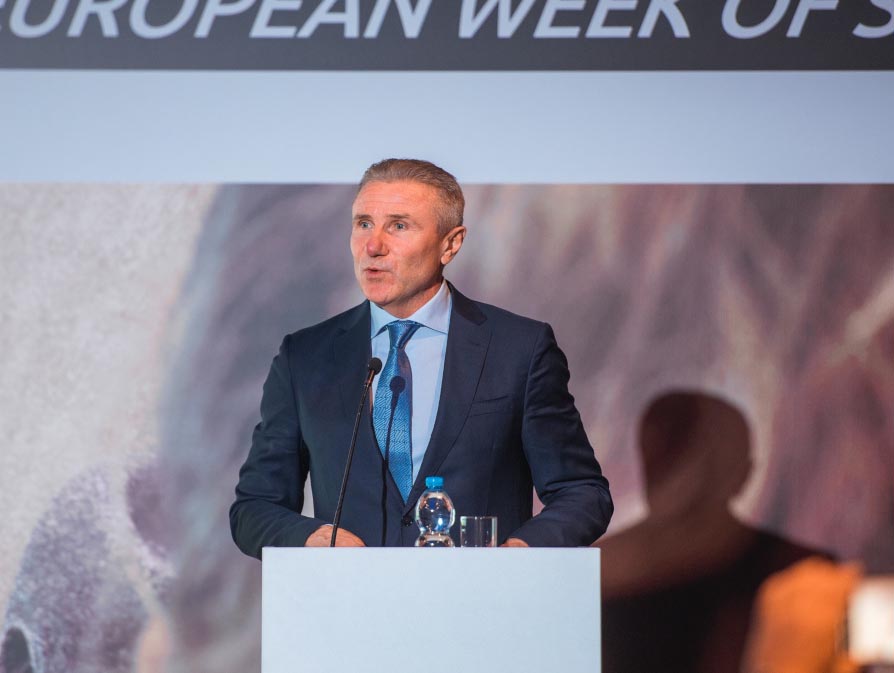 Since its launch in 2015, the European Olympic Committees is one of the official partners of EWoS. The initiative, which is organised annually by the European Commission from 23-30 September, aims at encouraging European citizens to #BeActive and practice more sports. This year 47 partner organisations in 42 countries were involved, as well as countries outside the EU borders.

Many NOCs acted as national coordinating bodies and organised activities at national level, including Czech Republic, Estonia, France, Iceland, the Netherlands, Serbia (together with the Ministry), Slovenia and Ukraine.

The policy introduction to the seminar was given by Head of European Commission’s Sport Unit Yves Le Lostecque along with Mykola Movchan from the Ukrainian Olympic Committee and Chair of the Working Party on Sport under the Finnish EU Presidency Heidi Sulander.

This was followed by two sessions “Sharing good Practices” and “EU Funding Beyond Borders”, where the NOCs could share their experience at National level and also learn about the possibilities to benefit from the EU’s external funding programmes. In particular, EOC EU Office Deputy Director Heidi Pekkola outlined the opportunities for Eastern Europe, Western Balkans and Turkey.

Finally, a high-level round table titled “How to attract people to practice more sport?” featured keynote speakers, who had a debate on the traditional sports and the new emerging sports. Host Ukrainian Olympic Committee President Sergey Bubka highlighted the role of early positive experiences and praised the role of schools, as well as the pedagogic skills of instructors and coaches.

“The NOC of Ukraine pays great attention to the promotion of an active and healthy lifestyle besides the development of high-level sport,” Bubka said. “With the European Week of Sport in Ukraine, we have organised events all over the country and attracted thousands of people.”

The panel also featured Vice-President of the European Volleyball Confederation Özkan Mutlugil, who presented the new Erasmus+ sport co-financed project called “Play Volleball, Grow with it”, which cooperates with schools to attract more kids to go into volleyball.