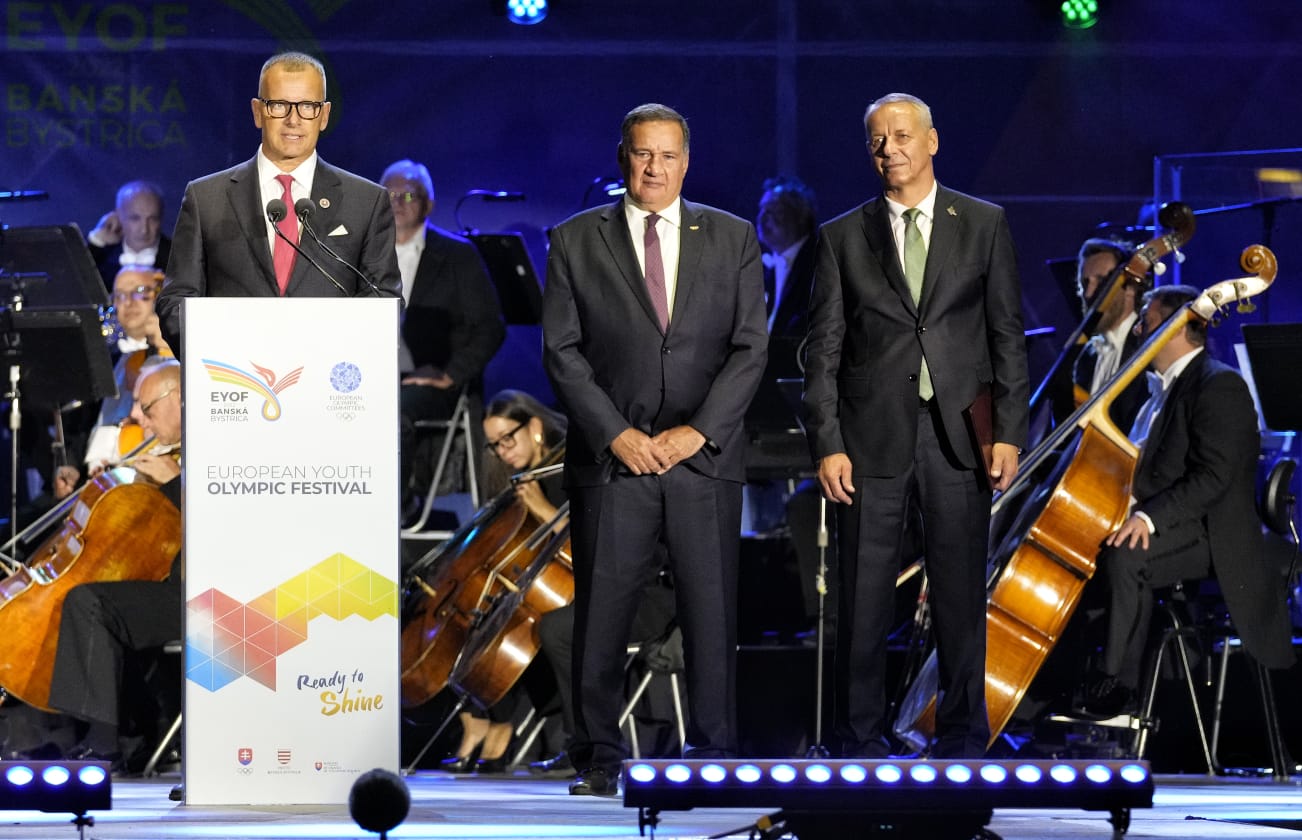 Europe’s most exciting young sporting talents have already showcased their talents just three days into the 16th edition of the Summer European Youth Olympic Festival (EYOF), which officially opened on 24 July by the SNP Memorial in the Slovakian city of Banská Bystrica.

The full results can be found on the EOC website.

Slovakia has joined an exclusive group of countries that have hosted both the winter and summer EYOFs. Over the next week (24-30 July), more than 2,200 athletes from 48 NOCs will compete in 10 sports, with action livestreamed on the EOC Channel.

A magical Opening Ceremony, which was broadcast live on Slovak TV and the EOC Channel, welcomed the NOC delegations with a flag parade. A special reception was given to the 46 Ukrainian athletes in attendance, whose presence here in such a difficult time is a source of hope for the whole continent.

Opening speeches were delivered by EOC President Spyros Capralos, and President of the EYOF Organising Committee Mayor of Banská Bystrica Ján Nosko, before the event was officially declared open by the Speaker of the National Council of the Slovak Republic Boris Kollár.

These uplifting speeches were followed by the arrival of the Flame of Peace, which was lit in Rome at the end of May before beginning its journey throughout Slovakia to Banská Bystrica. The Flame of Peace is a central symbol of the EYOF, highlighting the importance of the Olympic values of excellence, friendship, and respect amongst the youth of Europe. This headline moment was led by two Olympic champions and EYOF ambassadors, Anastasiya Kuzmina (biathlon) and Matej Tóth (race walking).

Speaking at the Opening Ceremony, EOC President Spyros Capralos said, “Athletes, for many of you this is your first international multisport event. By competing at this elite level, and through interacting with your fellow athletes, our 1,300 amazing volunteers, and our passionate young Olympic ambassadors, you will take so much away from this experience.

“In giving our continent’s young athletes the chance to shine, I want to sincerely thank the Banská Bystrica Organising Committee, the Slovak Olympic and Sports Committee, and all their partners. When we lit the EYOF Flame of Peace on 30 May, I said that through sport, we can, and we must, continue to set an example for society. Everyone involved in sport in Slovakia embodies this message and I want to congratulate you on everything you do to advocate for a better future through sport.”

Mayor of Banská Bystrica Ján Nosko added, “The streets of Banská Bystrica are flooded with hundreds of volunteers, athletes and sports expeditions, as well as domestic and foreign visitors. I am convinced that in the following days we will present Banská Bystrica to the European sports world in only the best light. I warmly welcome you all to the city, which has its own charm and opens its hospitable arms to you.”

Countries throughout the Americas are beginning to visualize their participation in the continent’s most important mul[..]