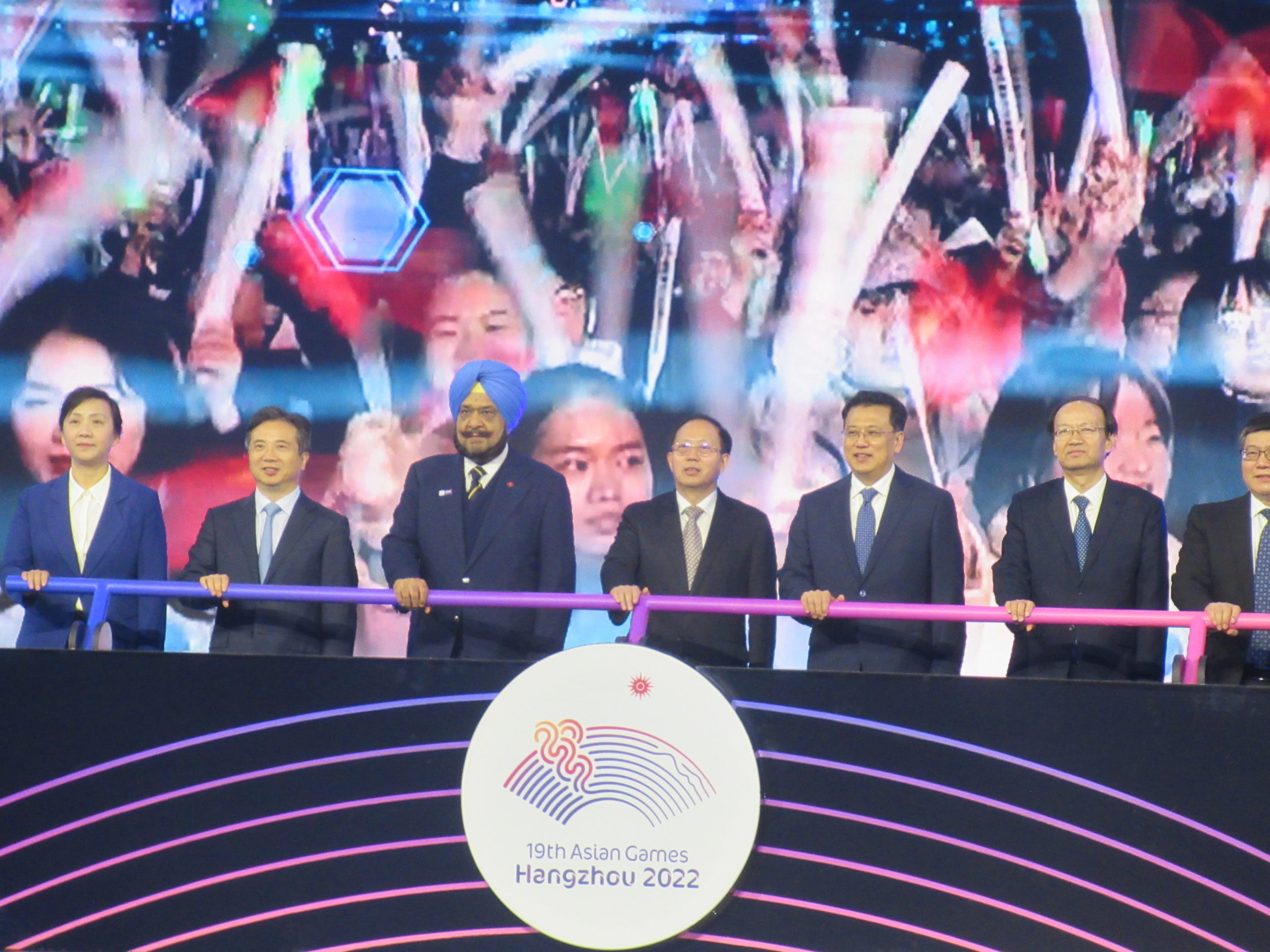 The Olympic Council of Asia and the organising committee of the 19th Asian Games in Hangzhou, China, in 2022 celebrated the 1’000 days countdown to the opening ceremony and slogan launch in Hangzhou last Sunday.

The ceremony took place in the Tennis Centre of the Olympic and International Expo Park – nicknamed Little Lotus – and was attended by sports and government officials from Hangzhou city, Zhejiang province and the central government in Beijing, led by Gou Zhongwen, President of the Chinese Olympic Committee and of the General Administration of Sport of China.

The slogan for the 19th Asian Games is “Heart to Heart, @Future”, reflecting the ability of the digital age to connect people from all over the continent through the Asian Games.

The Life Vice President of the OCA, Raja Randhir Singh, described the joint celebration as “another major milestone” in the countdown to the 19th Asian Games.

“We can see the progress of the preparations and we can feel the excitement is building in the city, the OCA is confident that the 19th Asian Games will be a big success due to the experience and expertise of our partners in China. China has become a loyal and trusted friend in the Olympic movement at national, continental and world level and we are sure that the 19th Asian Games in Hangzhou in 2022 will add to this rich legacy.”said Raja Randhir.

The stage is set for the XII Asuncion 2022 South American Games which will begin on 1 October in Asuncion, Paraguay and [..]