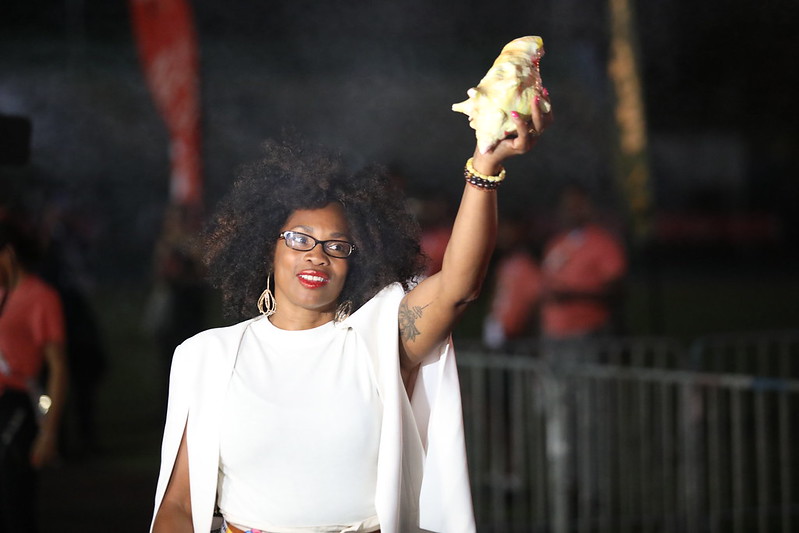 The inaugural Caribbean Games in Guadeloupe got underway with around 800 athletes from 29 NOCs represented during the athletes parade.

CANOC President Brian Lewis delivered a speech during the ceremony and finished his by inviting everyone to enjoy the Games and join in the celebration.

After the speeches of the Caribbean authorities, it was time for the new tradition of inaugurating these Games. Unlike other events where torches and cauldrons are the symbols that mark this moment, Guadeloupe officially began as the first Conch Shell relay entered the stadium after starting its journey on May 27, concluding with its arrival to the main stage of the Opening Ceremony.

The shell is a symbol of resistance, freedom and emancipation, making it the perfect icon to kick off this sports festival that will surely mark a before and after in Caribbean sport.

After the entrance of the Conch Shell, it was time for more music and dancing to close out a magical evening for the incredible athletes of the Caribbean who will surely never forget this moment.

The Games will run until 3 July and see competitions in athletics, 3×3 basketball, road cycling, futsal, judo, swimming and netball.