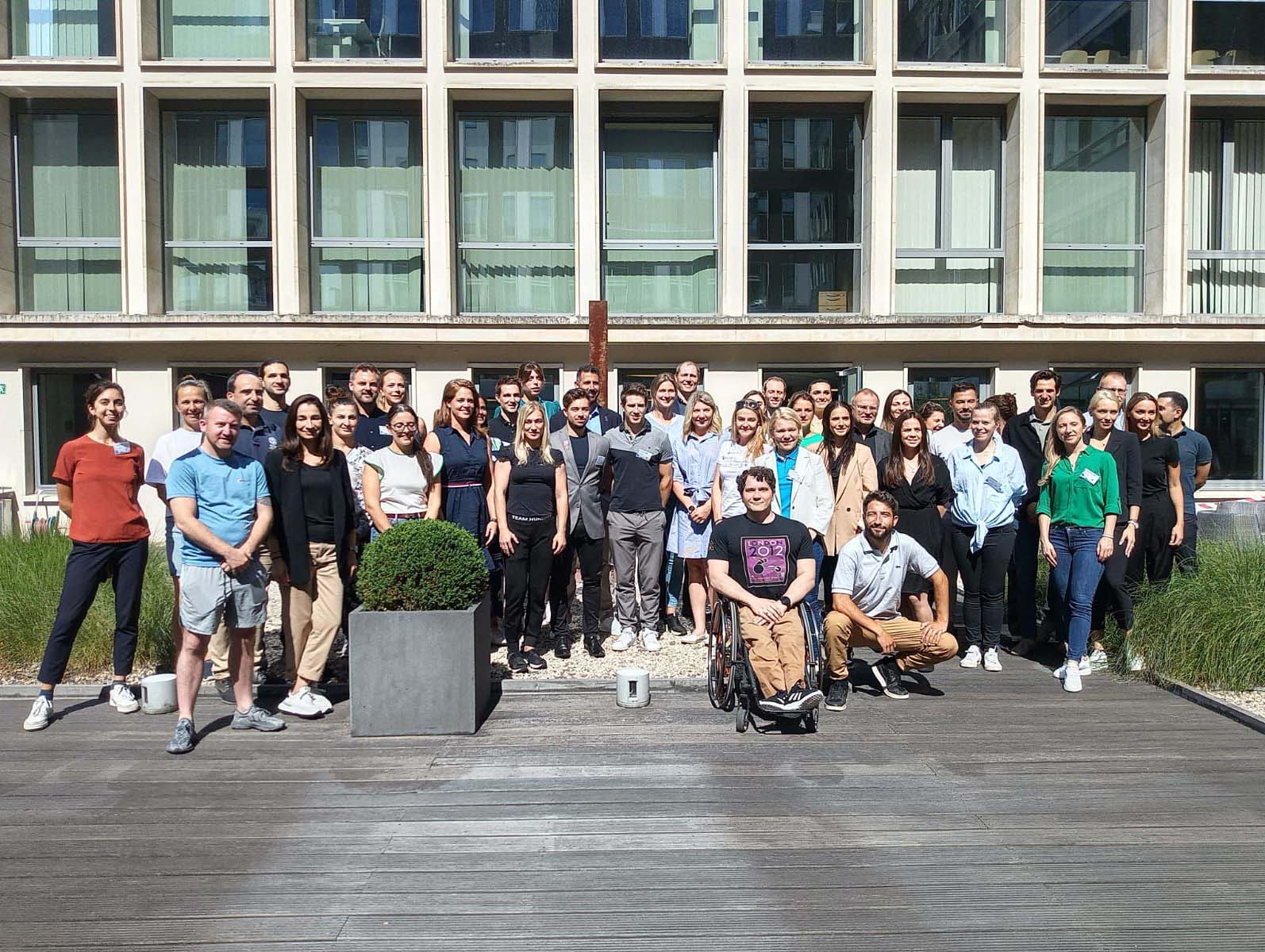 Athlete representatives from Europe’s National Olympic Committees (NOCs) gathered in Brussels for the 11th European Athletes’ Forum (21-22 June) to discuss ideas and key challenges that lie ahead for sport in the continent.

Presentations were delivered on Olympic Solidarity as well as Olympic Agenda 2020+5 and IOC strategy to best empower and support athletes. Participants also received a presentation on resources  to all athletes and Olympians through Athlete365 to support them beyond their sporting careers, and also information regarding the funding available to all NOC Athletes’ Commission through Olympic Solidarity to support them with their activities.

The protection and promotion of the European Sport Model was a central focus throughout the two days, and was the key feature of EOC President Spyros Capralos’ speech, who said, “At the EOC, we firmly believe that you, the athletes, are the beating heart of every sports organisation. So it is imperative that your voice is heard. Not just for the next two days, but every day. Our mission at the EOC, as custodians of the Olympic Movement in Europe, is to protect the interests of the many. Central to this is the promotion of the European Sport Model. A model based on Solidarity.”

Capralos continued, “Every athlete who reaches Olympic and World Championship standard, myself included, starts their career at a grassroots level. We must always remember that this is the bedrock of every sport. The EOC has had many positive discussions on this topic in recent months, including with Margaritis Schinas, Vice-President of the European Commission, and Mariya Gabriel, European Commissioner for Innovation, Research, Culture, Education and Youth. Looking ahead, the EOC will continue to be guided by the principles of Olympic Agenda 2020+5 as we work with the IOC leadership, the EOC and IOC Athletes’ Commissions, and athlete representatives across Europe, to fight for the European Sport Model.”

“We have been delighted by the success of the 11th European Athletes’ Forum, which has once again put athletes at the front and centre of discussions on a number of key topics. It is essential that the athlete perspective plays a key role in guiding the future of sport in Europe.

“As the spokesman of the European athletes, I was very proud that we manage to present to Vice President Schinas our recommendations for the Conference on the Future of Europe last March. Let’s continue on this path and work together for the priorities of European sport in the years ahead.”

“I offer my congratulations and thanks to the EOC and IOC  for delivering this important Forum. The athlete voice and perspective must be heard and supported and play a key role in the decision-making process within sport. Bringing European athletes and representatives together for this Forum not only facilitates knowledge exchange, but helps to empower and strengthen athlete representation in Europe and beyond.”

Further presentations were delivered on the second day, including on the European Union Sports Policy and its impact on athletes. Following this, breakout sessions were organised to discuss mental health, gender equality, sustainability, safe sport, and EU funding.

On the evening of 21 June, more than 250 participants from the sports world and the EU political sphere attended the 6th edition of the European Evening of Sport in Brussels.