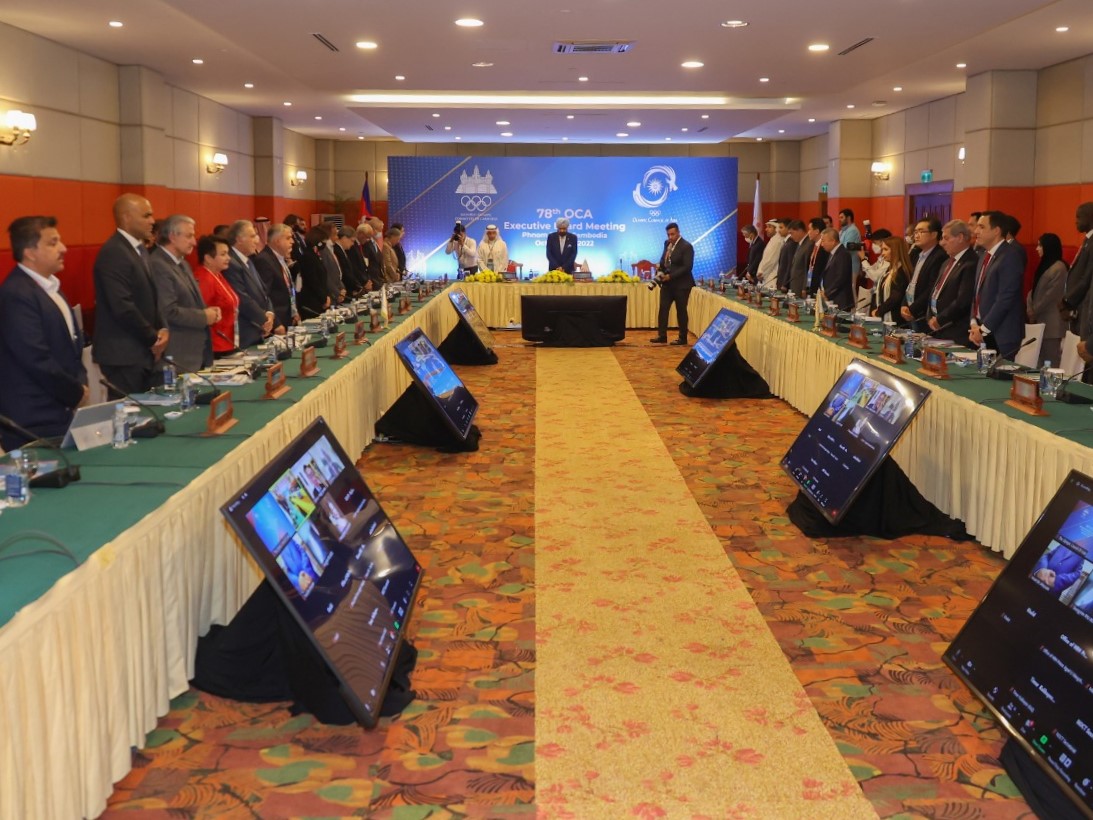 The Olympic Council of Asia Executive Board meeting in Phnom Penh, Cambodia on Monday began with a minute’s silence for victims of the football tragedy in Indonesia.

The Acting President of the OCA, Raja Randhir Singh, asked the Executive Board members to stand in silence as a mark of respect for those who lost their lives during a stampede at a football stadium in Malang on Saturday.

Indonesia is one of the most prominent National Olympic Committees within the OCA. Jakarta and Palembang staged a successful 18th Asian Games in 2018 and Indonesia is a major power within the South East Asia region which also includes Cambodia.

“This was a terrible tragedy and we send our condolences for those who lost their lives on the football field,” said Raja Randhir. “We would like to observe a minute’s silence to show our respects.”

The agenda of the 78th OCA Executive Board meeting included progress reports on the 19th Asian Games in Hangzhou, China from 23 September to 8 October 2023, the 6th Asian Indoor and Martial Arts Games in Thailand in November 2023 and the 20th Asian Games in Aichi-Nagoya, Japan in 2026.

The OCA also welcomed a delegation from the Saudi Olympic and Paralympic Committee ahead of the award of the 2029 Asian Winter Games to Trojena at the OCA General Assembly on Tuesday.

The OCA Director General, Husain Al-Musallam, said: “It is a real honour and a proud moment for Asia to have the Asian Winter Games in the Middle East for not only the first time in Asia but also the world. It shows Asia is contributing to the development of all sports.”

Some of the key points discussed during the Executive Board meeting were: