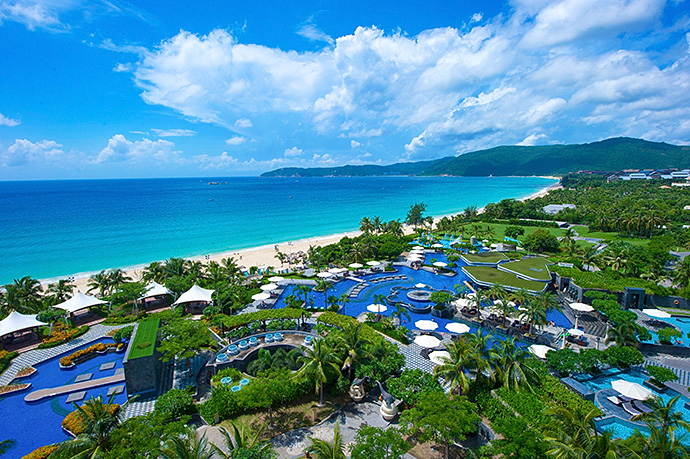 The Olympic Council of Asia has received further encouraging news from the organising committee of the 6th Asian Beach Games set to take place in Sanya city, China this November.

In a letter to the OCA Director General, Husain Al-Musallam, Sanya Vice Mayor Zhou Jun says the resort city in tropical Hainan province has not registered any new COVID-19 cases for over two months.

This augurs well for the OCA’s Asian Beach Games, which are set to run from November 28 to December 6, 2020 with 17 sports and the participation of athletes from the 45 member National Olympic Committees.

Vice Mayor Zhou, who is also Deputy Secretary General of organising committee SABGOC, said: “Since February 12, 2020, no new cases of confirmed infections have been reported in Sanya for 62 consecutive days, and the last confirmed patient was cured and discharged from hospital on March 8.

“At present, the SABGOC is speeding up the preparation in an orderly manner, hoping to bring everyone a trendy, green, fantastic and magnificent Asian Beach Games.”

Vice Mayor Zhou thanked the OCA for the continuous trust and support.

“This is further encouraging news regarding our Asian Beach Games towards the end of the year,” said Mr Al-Musallam.

“The OCA has been in regular contact with the organising committee and with the Chinese Olympic Committee over the past three months and we have been very impressed with how the authorities have handled the COVID-19 outbreak in Sanya city and Hainan province.

“We appreciate there is still a long way to go in respect of controlling and preventing the spread of COVID-19 around Asia because the health, safety and well-being of our athletes is the most important factor.

“However, we remain hopeful that our Asian Beach Games can go ahead as planned in seven months’ time. We will continue to monitor the situation with the organising committee, the Chinese Olympic Committee and with all our National Olympic Committees in the five zones of Asia.”