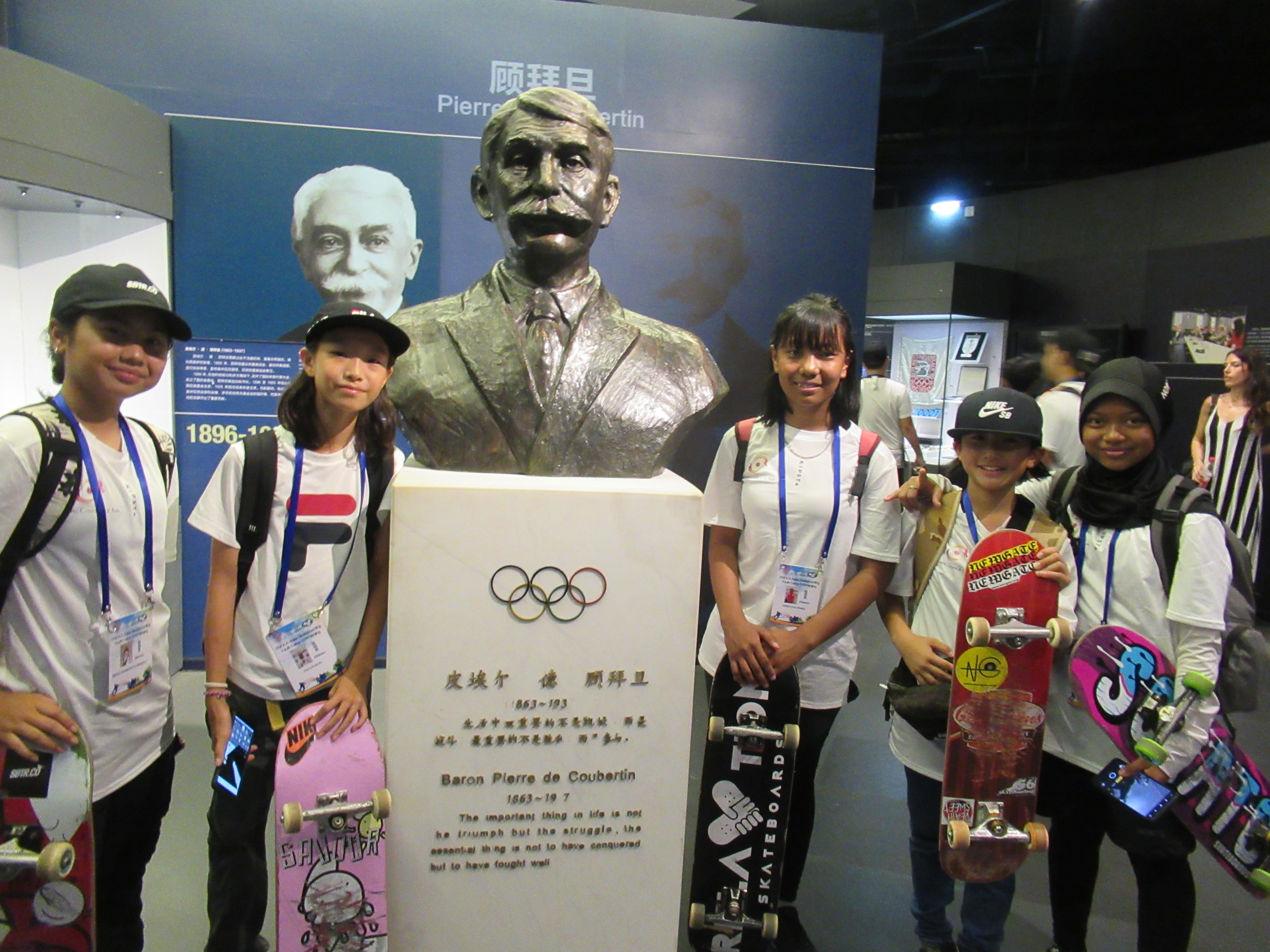 The Olympic Council of Asia skateboarding youth camp has provided an opportunity for the young athletes and coaches to learn more about the Olympic movement in Nanjing in particular and in China as a whole.

In a break from the training schedule on Friday, the 35 athletes and 19 coaches from 19 National Olympic Committees around the continent were taken on an afternoon bus tour of Nanjing.

The first port of call was the Nanjing Olympic Museum, which provides a history of the Olympic Games, the International Olympic Committee, the Olympic movement in China and other key components in the rise of China as a sporting super power.

Among the thousands of exhibits were memorabilia from the OCA’s 2nd Asian Youth Games in Nanjing in 2013 and the IOC’s 2nd Youth Olympic Games the following year.

There was also a series of mini games and activities for the youth camp participants to enjoy, such as golf, basketball, archery and football, as well as displays of sports equipment.

After a group photo call outside the museum, the athletes were transported by a fleet of golf buggies to the Nanjing Eye – the eye-catching bridge over the Yangtze River. The bridge provided an excellent surface for skateboarding as well as spectacular photo opportunities for lifetime souvenirs of the youth camp.

The golf buggies then took the athletes and coaches on a scenic path alongside the famous Yangtze River which finished at an outdoor skateboard park for both Street and Park disciplines. With heavy clouds providing a shield from the hot sun, the skateboarders enjoyed a couple of hours testing their new-found tricks and technique.

When the camp closes on August 9, the participants will go home with a significantly enhanced set of skateboarding skills and a broader knowledge of the Olympic movement as a whole.