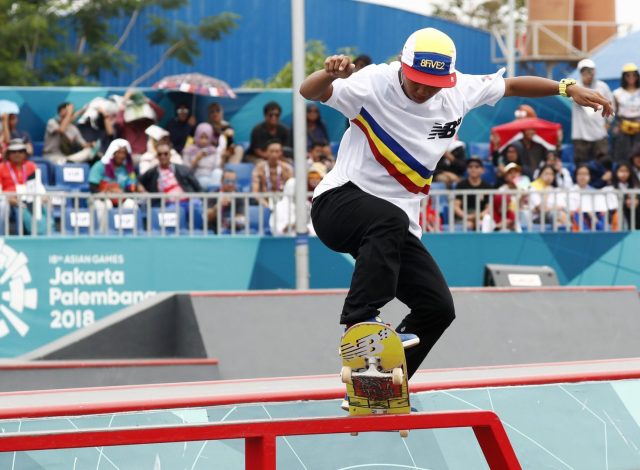 Kuwait, July 18, 2019: The Olympic Council of Asia is making sure that the young athletes from around the continent will learn much more than skateboarding at the Asian Youth Camp at the end of this month.

The skateboarding youth camp, which will open on 29th July and close on 9th August, is being held in Nanjing, China, organised by the OCA in partnership with the IOC’s Olympic Solidarity.

Each of the OCA’s 45 National Olympic Committees has been invited to send one female athlete and one male athlete aged 18 and under, and one coach, to the camp.

As well as learning about the skills in two skateboarding disciplines – Street and Park – the youngsters will also be made aware of the Olympic values in everyday life and also about the dangers of doping in sport.

After the opening ceremony on the morning of 29th July, Mr. B.L.H. Perera of Sri Lanka will conduct an Olympic Values Education Workshop.

In the afternoon, Mr. Gobinathan Nair of the South East Asia RADO (Regional Anti-Doping Organisation) will host a WADA Education Workshop on anti-doping.

These two short briefings will expose the young athletes to other aspects of sport and the Olympic movement and provide solid education values on top of the skateboarding skills they will pick up over the next few days.

The coach of the course will be Gen Ogawa of Japan, who was proposed by the Chinese Skate Board Association and approved by World Skate Asia. Ogawa was the Technical Delegate for the skateboarding competition at the 18th Asian Games in Palembang, Indonesia, last year.

After the opening ceremony and Olympic workshops, the participants will undergo an evaluation test on 30th July. The first half of the camp will focus on the Street discipline and the second half on Park.

The camp will close with Street and Park competitions among the students on the last two days to see what they have learned and can put into practice.

Badminton has become the latest sport to be added to the programme of the European Games Kraków-Małopolska 2023, the E[..]