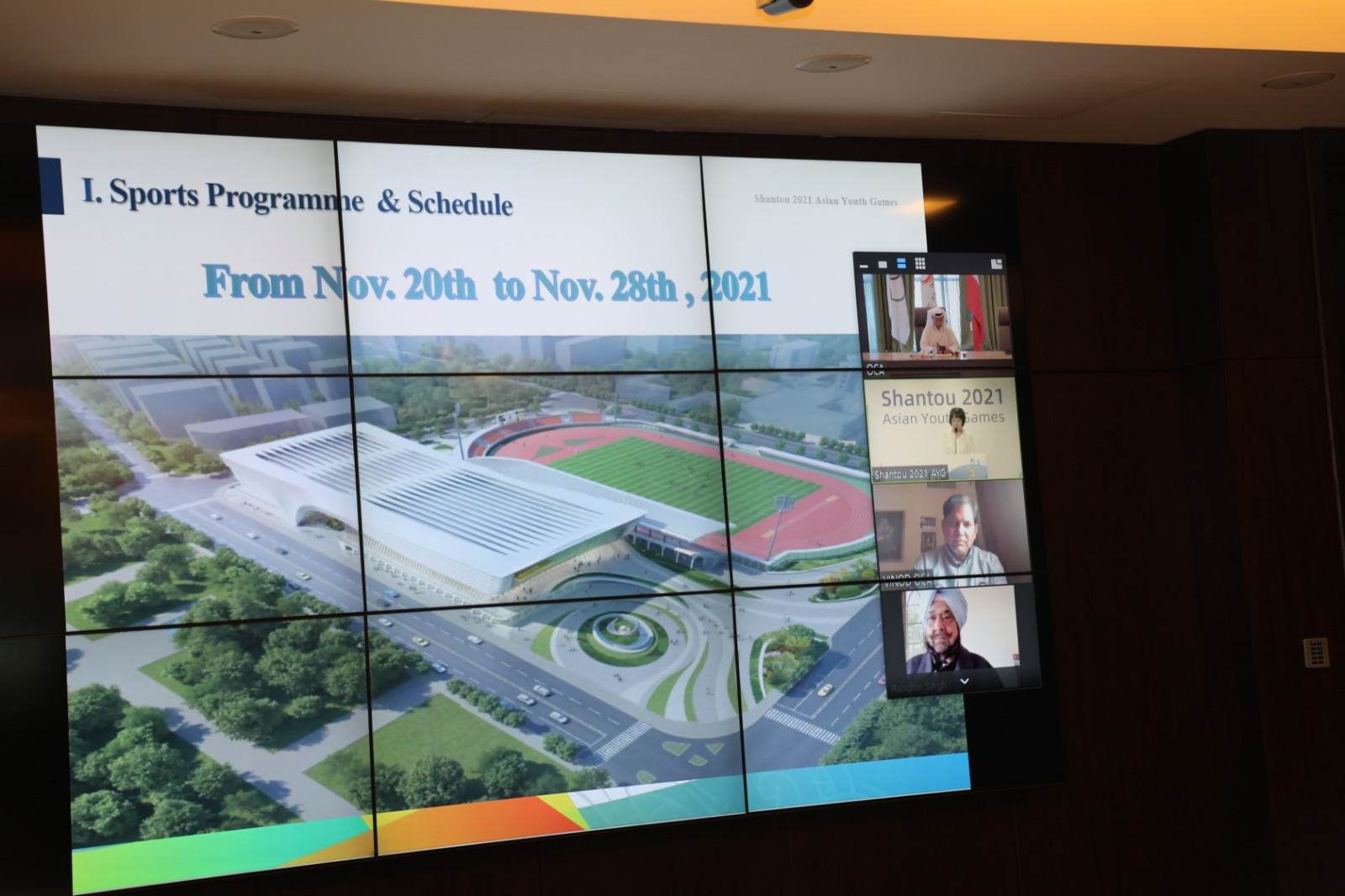 The Olympic Council of Asia’s third Asian Youth Games in Shantou, China next year promises to be much more than a sports event for the continent’s top young athletes.

“I think it is a very good initiative by the IOC to include these educational aspects into the Asian Youth Games,” said the OCA Life Vice President, Raja Randhir Singh, after conducting a virtual meeting of the OCA Coordination Committee with the organising committee of the Asian Youth Games Shantou 2021 on Monday.

“It will be great for the IOC and OCA to work together on this programme and enlighten the young people of Asia on how they can contribute to peace and prosperity through sport,” added Raja Randhir.

IOC Vice President Ng Ser Miang of Singapore, who is Chairman of the OCA Advisory Committee, is providing the link between the IOC’s Youth Olympic Games-related educational tools and the OCA. The IOC is encouraging the five continental associations to adopt these programmes due to the postponement of the next Youth Olympic Games in Dakar, Senegal, from 2022 to 2026.

“I am quite sure it will become a really powerful and useful programme in the Shantou Asian Youth Games next year,” said Mr Ng.

The five main topics in the IOC youth education programme are Olympic values, injury prevention, the problem of harassment and abuse in sport, career management and competition manipulation.

The third Asian Youth Games will take place from 20-28 November 2021 in Shantou – a port city in Guangdong province in southern China. The age limit for athletes will be up to 18 years old – one year older than normal policy due to the fact there will be no Youth Olympics in 2022.

There will be 25 competition venues and overall construction work is at 65 per cent, the organisers said. The main hub of the AYG will be the Shantou University Sports Centre for the opening and closing ceremony, football and gymnastics.

The Athletes’ Village will be part of the university campus with a capacity of 4,000 athletes and officials from the OCA’s 45 National Olympic Committees.

The torch lighting ceremony will be held at the tourist hot spot of Nan’Ao Island on June 21 and the relay will include a torch cruise on June 28 to highlight Shantou’s seafaring history.

Summing up the meeting, the OCA Director General, Husain Al Musallam, said: “We have discussed all the important items like the sports programme, the cultural programme and the protocol for the games regarding COVID-19.

The OCA’s first Asian Youth Games took place in Singapore in 2009 and was followed by Nanjing, China in 2013. Both events were used as dress rehearsals for the IOC’s Youth Olympic Games in Singapore in 2010 and Nanjing four years later.

After the third AYG was postponed to 2021, the fourth edition will be held in Tashkent, Uzbekistan in 2025.

The world’s leaders assembled at the virtual G20 Leaders’ Summit, hosted by the G20 presidency of the Kingdom of Sau[..]