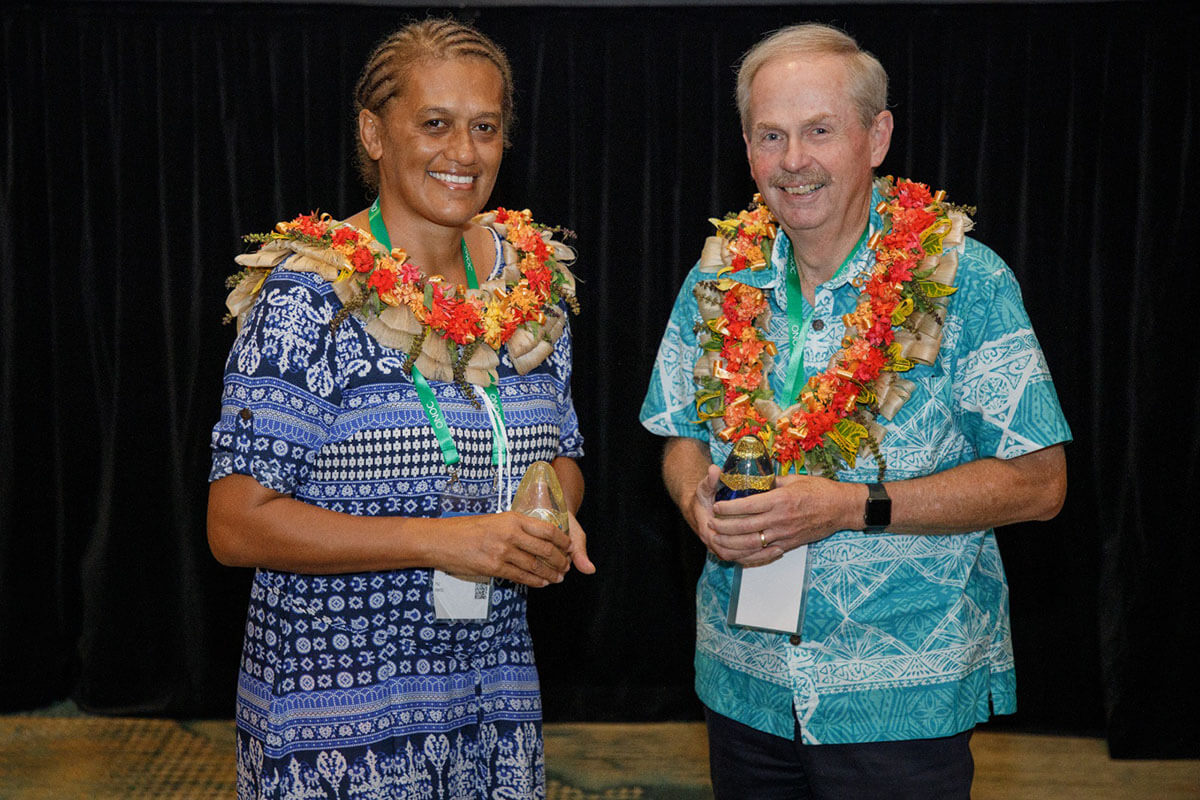 Sport needs a diverse and functioning ecosystem to produce and sustain athletes and games; and two individuals who lead in this ecosystem in Oceania were awarded the ONOC Merit Award recently

“Saukuru has been instrumental in the development of the community-based Oceania Sport Education Programme (OSEP) which she worked with from 2007 to 2021 – leaving a legacy of qualified sport trainers, educators, and administrators.”

“She worked from the ground up and contributed to creating and sustaining a community-based programme that is recognised as a flagship in the Olympic Movement. Saukuru’s work contributes to the professionalising of graduates of the OSEP course and will also contribute to strengthening the Pacific Island sporting industry.”

On award recipient Chet Gray, Dr. Mitchell said that Chet received the award for his contribution in building and strengthening sporting federations in Oceania.

“Chet has been the Secretary-General of OSFO from its formation in 2005 and has worked hard to build relationships and bring OSFO to what it is today, and this has strengthened not only the ONOC but has had wider positive impact in the region as well.”

Mr. Gosper said, Chet Gray is one of the most remarkable and active sports officials in Oceania and his diligence, work ethic, and imagination has built OSFO into the important organisation it is in  Oceania.