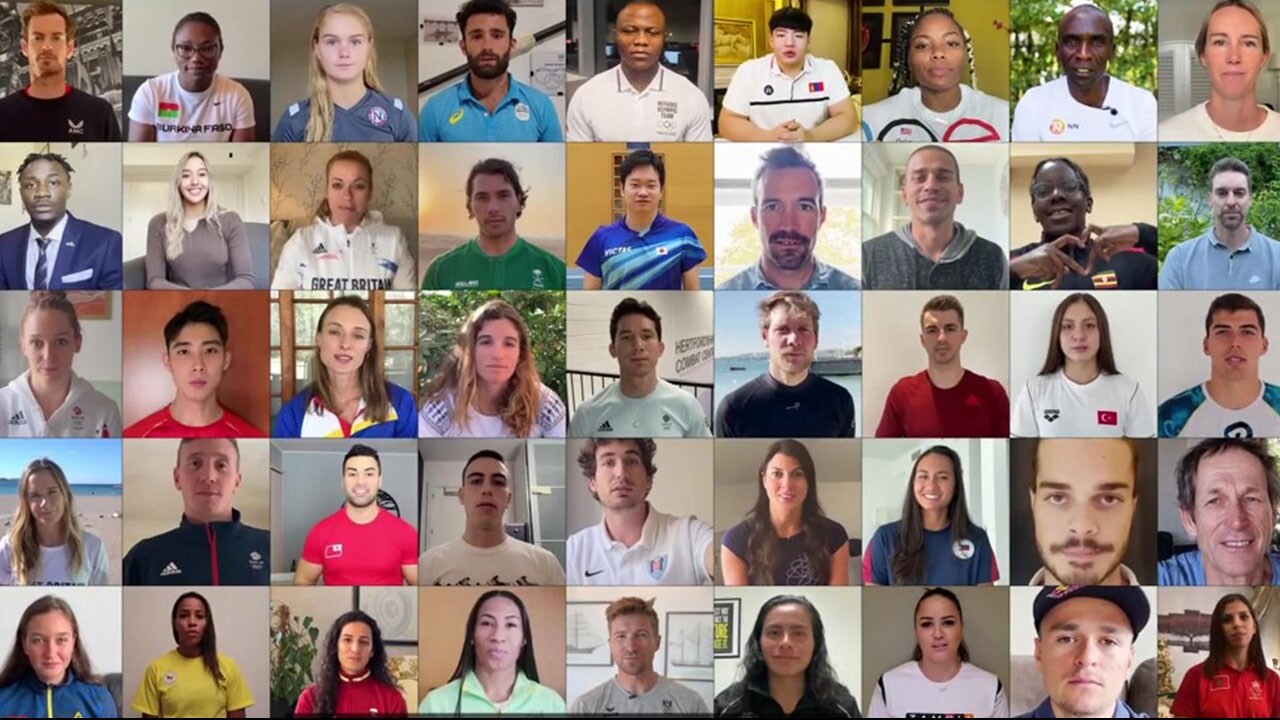 In a powerful video  produced with support from the International Olympic Committee (IOC), athletes who participated at the Olympic and Paralympic Games Tokyo 2020 are calling on world leaders to deliver on climate action. The call comes as world governments and business and civil society representatives gather at the UN Climate Change Conference (COP26), starting this week in Glasgow, Great Britain.

The athletes recall the challenges and obstacles they overcame as they chased excellence at Tokyo 2020, and call on the world’s leaders to do the same as they gather at the “Olympics of climate summits” to decide on the global response to the climate crisis.

“The Olympic dream is all about being the best you can – and that doesn’t just mean competing or winning medals; it means being a good global citizen. I feel that we have a responsibility to use our platforms to highlight the need for all of us to live and operate in a more responsible manner,” said Mills.

In 2019 – also supported by the IOC – Mills launched the Big Plastic Pledge, an athlete-driven movement to eliminate the use of single-use plastic within and beyond sport. She believes that if the entire sporting community change their habits, and make their voices heard, the ripple effect can create a global tidal wave of change.

“Our environmental movement is fortunate to have the support of the IOC,” says Mills. “It is a clear demonstration of their commitment to building a better world through sport. However, sport is just one part of a much greater global picture. We are counting on world leaders to take accelerated climate action at COP26.”

“The IOC is delighted to support this initiative, and help Olympic athletes use their powerful voices to create a more sustainable future for everyone,” said IOC President Thomas Bach. “Climate change is one of the biggest challenges humanity has ever faced, and the IOC is proud to be leading the Olympic Movement’s response to this crisis. Our recent commitment to reduce our carbon emissions by 50 per cent by 2030  and our support for this initiative are part of this effort. Sport has the power to make the world a better place, and today we have an opportunity to use this power in the face of climate change.”

In response to the growing climate crisis, the IOC, which is already carbon neutral, has pledged to be climate positive from 2024. This means that it will be removing more carbon from the atmosphere than it emits.

This will be achieved by reducing the IOC’s direct and indirect greenhouse gas emissions by 30 per cent by 2024, and by 50 per cent by 2030; compensating the remaining emissions through the Olympic Forest project; and using its influence to encourage the broader Olympic Movement to take action against climate change.

From 2030 onwards, the IOC will require all Olympic Games to be climate positive. Inspired by this requirement, Paris 2024 is already working on staging climate-positive Olympic Games in 2024.

In 2018, working with UN Climate Change, the IOC helped develop the UN Sports for Climate Action Framework, which seeks to drive climate action across the sports world. More than 270 sports organisations have signed up to it so far, including the IOC itself. The IOC has taken a leadership role in the implementation of the Framework.

The world’s most important sporting event for young athletes this year was started with Colombian government authoriti[..]

Today, the World Anti-Doping Agency’s (WADA’s) Foundation Board (Board) unanimously passed a resolution during a hyb[..]

The European Olympic Committees (EOC) announced the Romanian Swimmer David Popovici as the winner of the 2021 Piotr Nuro[..]