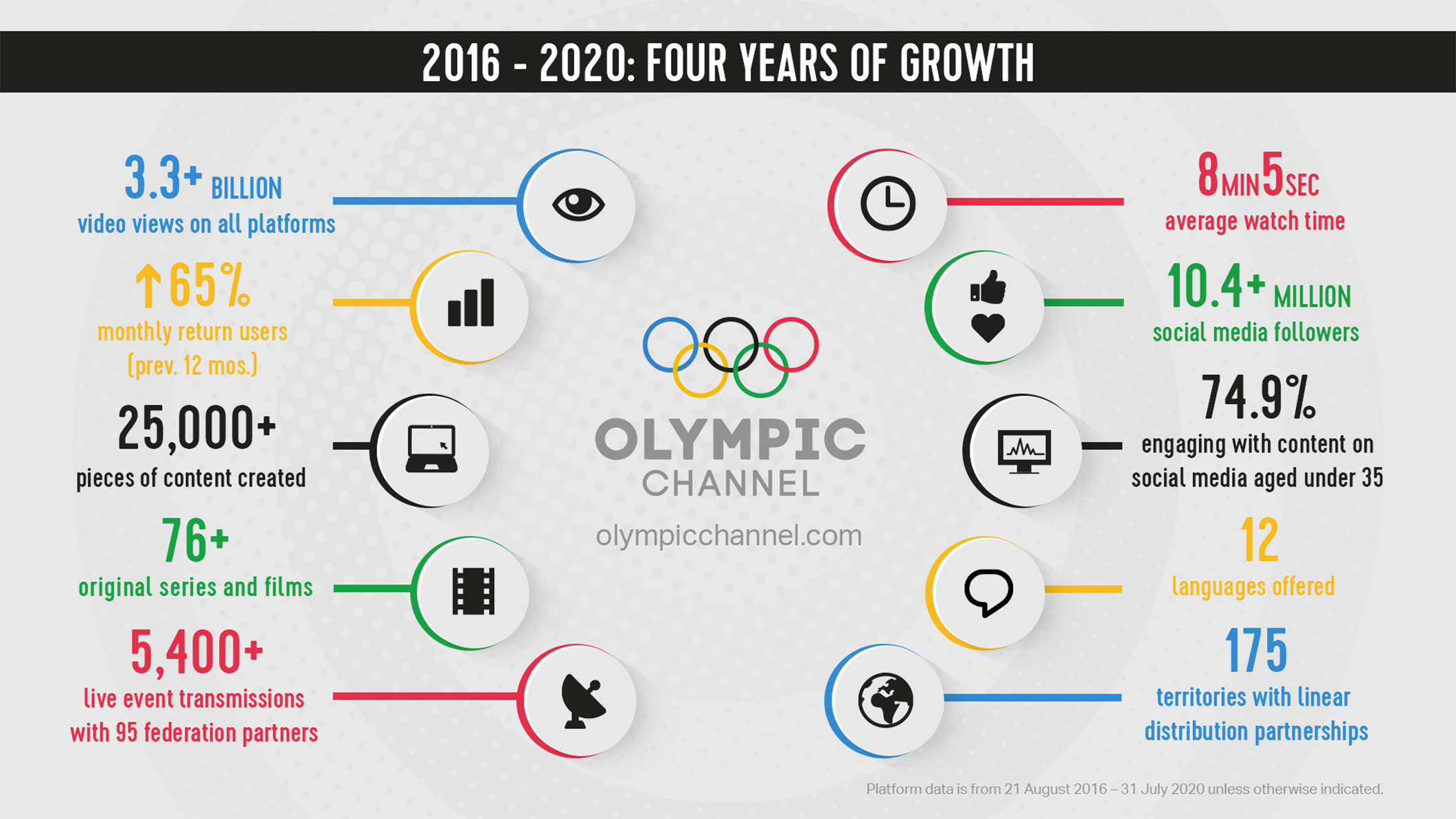 The Olympic Channel has celebrated its four year anniversary by reflecting on its record growth which has seen the global digital platform surpass 3.3 billion video views across all platforms.

The Olympic Channel was a key partner forthe inaugural ANOC World Beach Games and supported with the daily digital streaming of all competitions to ensure NOCs, IFs and fans around the world could enjoy some of the best action from the Games.

Since the Olympic Channel was launched on 21 August 2016 it has produced more than 25,000 pieces of video content that have represented all 206 NOCs and seen more e than 3.3 billion video views across all platforms. Average watch time on the platform is 8:05 minutes per video watched.

The Olympic Channel social media following has grown to more than 10.4 million, with 74.9% of those engaging with content on social media under the age of 35.

European Olympic Committees has announced the 25 European Young Olympic Ambassadors (EYOA) who will take part in the Win[..]

THE IOC COORDINATION COMMISSION AND THE TOKYO  2020 ORGANISING COMMITTEE AGREED TODAY, 25 SEPTEMBER, ON A SERIES OF MEA[..]