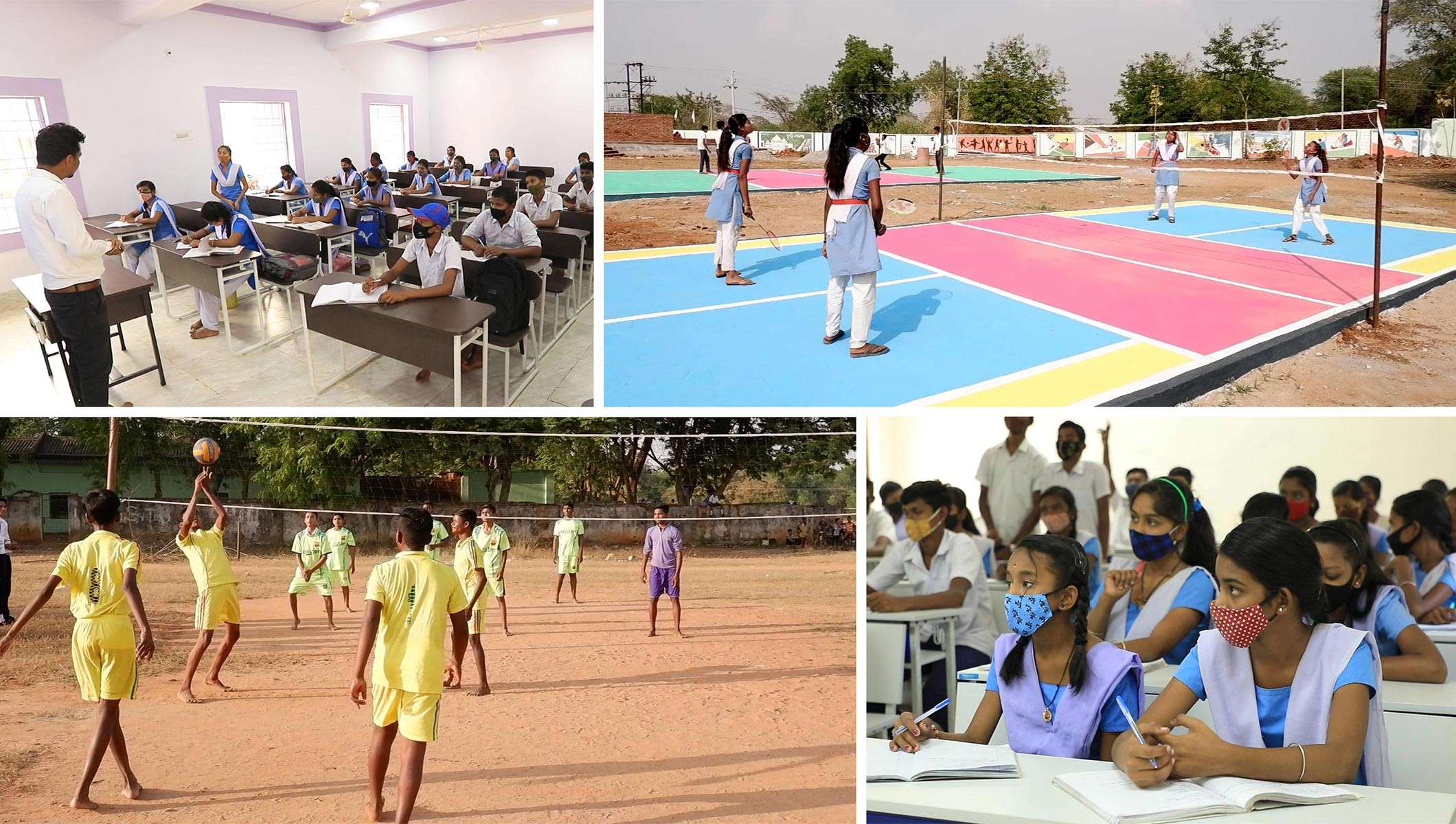 The International Olympic Committee (IOC) has launched the first Olympic Values Education Programme  (OVEP) in India, with the Olympism-themed curriculum being integrated into the school education system in the state of Odisha. One of the first major IOC projects to be implemented in India, OVEP is being developed in partnership with the Government of Odisha’s Department of School and Mass Education and the Abhinav Bindra Foundation Trust (ABFT).

The Olympic Values Education Programme is a practical set of resources designed by the IOC to introduce young people to the Olympic values of excellence, respect and friendship. The programme aims to disseminate this values-based curriculum to help children become active, healthy and responsible citizens.

The programme was officially launched earlier today by the Chief Minister of Odisha, Naveen Patnaik; IOC’s Olympic Education Commission Chair Mikaela Cojuangco Jaworski; IOC Member Nita Ambani; Olympian and member of the IOC  Athletes’ Commission  Abhinav Bindra; and President of the Indian Olympic Association (IOA) Narinder Batra. In its first year, the programme aims to impact 32,000 children enrolled in 90 schools in the cities of Bhubaneswar and Rourkela and, once in full swing, it will reach around 7 million children. The state of Odisha intends to take OVEP to all its schools and higher education institutions in a phased manner, thereby enabling its young population to truly take on board the Olympic values.

“Sports is an important part of our vision for education and personality development in Odisha,” said Naveen Patnaik, Chief Minister of Odisha. “We have always strived to achieve excellence in education sector as well as in sports. I am happy that, for the first time in India, the Olympic Values Education Programme is being launched in 90 schools in Odisha. This will be the beginning of new Olympic movement in the country. We thank the IOC for partnering with us in this endeavour to excel in sports.”

IOC Education Commission Chair Mikaela Cojuangco Jaworski said: “Education is an integral part of the Olympic Movement’s continuous contribution to society. The Olympic Values Education Programme has been developed and implemented around the world since 2006. So today, we are very happy to take these important steps in continuing to widely share this programme which is based on Olympic values and Olympic culture, with children and youth in India. Further testament to the power of sport in being of service to humankind.”

The programme also aims to leverage the rich cultural and art history of Odisha in tailoring the OVEP curriculum to the school children of the state. Teachers will be trained and empowered to deliver the programme in their own unique ways to suit the respective needs of their prefectures and local environments.

“India is a land of great opportunities and infinite possibilities,” said IOC member Nita Ambani. “We have over 250 million children in our schools, brimming with talent and potential. They are the champions of tomorrow, the future of our nation. Only a small number of children in the world will become Olympians, but every child can be touched by the ideals of Olympism! That is the mission of OVEP, and that is what makes it a huge opportunity for India. As we prepare to host the IOC Session 2023 in Mumbai, I look forward to further strengthening the Olympic Movement in our country.”

OVEP-based projects and activities help address the global challenges of sedentary lifestyles, lack of concentration, and adolescents dropping out of school. The resources and toolkits are designed to make it possible for young people of any skill level to enjoy and learn from physical activity, and gain life-long social, cognitive and physical skills. To help adapt the content of the programme to Odisha’s needs, the Abhinav Bindra Foundation Trust will partner with the IOC in implementation, training, delivery, monitoring and evaluation.

“My vision is to deliver the values of Olympism to all school children in India and promote the Olympic Movement in our country,” said Bindra, India’s first individual Olympic gold medallist, and founder of the ABFT. “It is crucial to equip our school children with the right skills to be able to cultivate a strong sense of morality, respect, equality and inclusion. Sport, as we all know, has a unique potential to spur social change and increase community engagement, and can be used as an educational tool. It is our primary focus area at the Abhinav Bindra Foundation Trust to ensure that children are equipped with better tools than we had to build more meaningful, peaceful and inclusive lives for themselves and, by extension, everyone around them.”

The Olympic Foundation for Culture and Heritage (OFCH), which leads OVEP for the IOC, will conduct training sessions for “master trainers” nominated by the state of Odisha, along with trainers from the ABFT, who will in turn kick-start the programme with focus groups of eight to ten schools in the state. Orientation sessions will be held for school principals, education and sports officials, and other core group members involved in the project.

“OVEP is designed to benefit young people from all walks of life, various cultures and all levels of athletic ability,” said Angelita Teo, Director of the OFCH. “We are delighted that the programme will be integrated into the state syllabus in Odisha. This marks an important first step in bringing the Olympic values to all young people in India.”