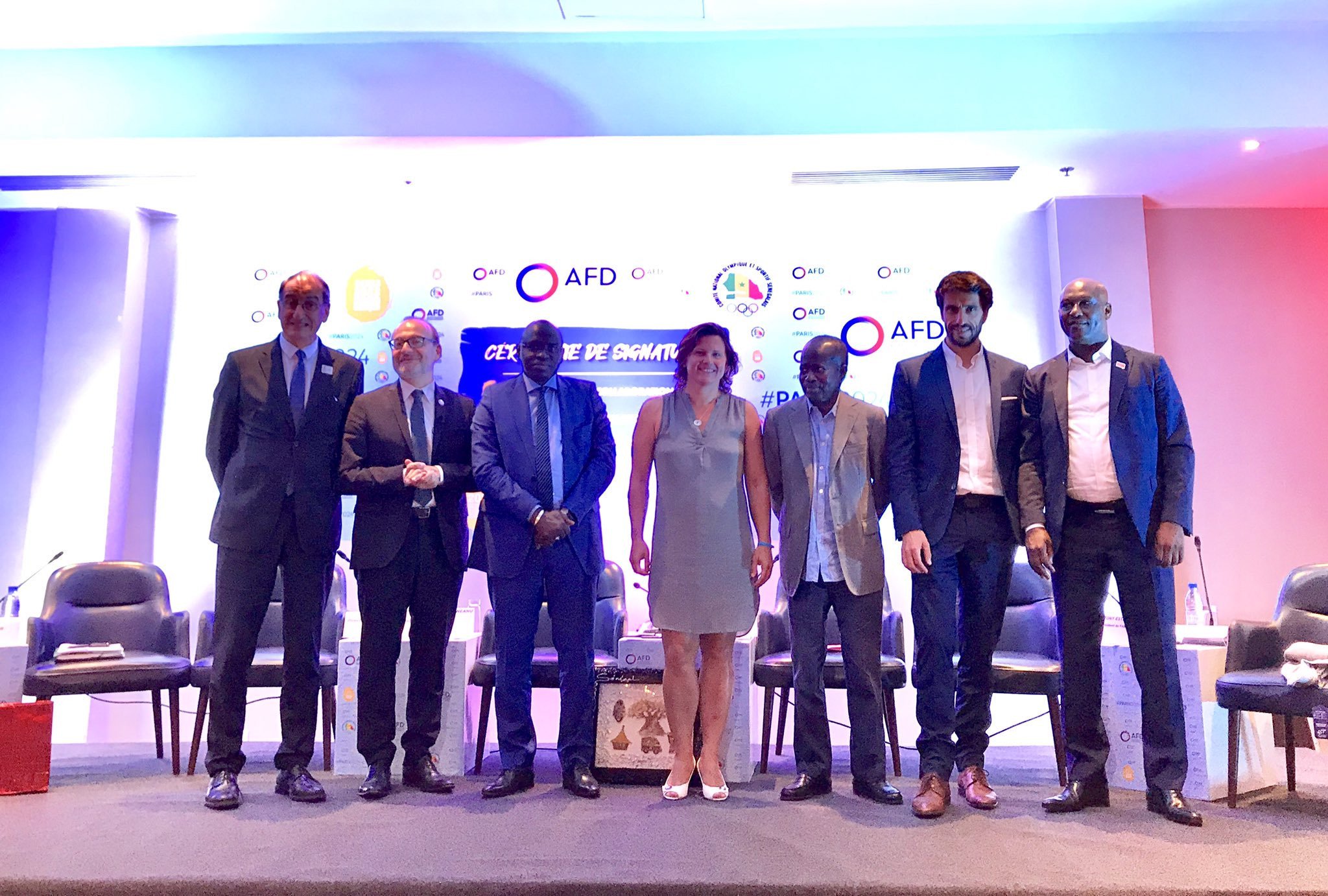 Since launching its project, Paris 2024 has been steadfastly committed to organising a new kind of Olympic Games, one that is more sustainable, responsible and inclusive. That desire to put forward a new Games model has now taken on an international dimension.

In signing a cooperation agreement, Dakar 2022 and Paris 2024 are delighted to come together in pursuit of a shared objective by contributing, in conjunction with the International Olympic Committee (IOC), to a new form of international cooperation between Olympic Games Organising Committees, one that uses sport as a driver of development.

The agreement signed in Dakar by Paris 2024 President Tony Estanguet and Mamadou Diagna Ndiaye, IOC Member and President of Dakar 2022 and the Senegalese National Olympic and Sports Committee, in the presence of the French Minister for Sport Roxana Maracineanu, the French National Olympic and Sports Committee (CNOSF) President Denis Masseglia, and Rémy Rioux, Chief Executive of the French Development Agency (AFD), will see Paris 2024 become the coordinator of the Dioko/Dakar 2022 Alliance.

In conjunction with the IOC, Paris 2024 will thus have the responsibility of ensuring the coherence and guaranteeing the effectiveness of the actions taken by a “Team France” formed by a wide range of stakeholders: the AFD, the French Government, the CNOSF, the City of Paris, the Île-de-France Region, the National Institute for Sport, Expertise and Performance(INSEP), the International Association of Francophone Mayors (AIMF), and a number of sports federations. The aim of the agreement is to contribute to the success of the Dakar 2022 Youth Olympic Games, the first Games ever to be staged in Africa, and to ensure that the positive effects of the event are shared across the whole country, in areas such as education, diversity, access to sport, etc.