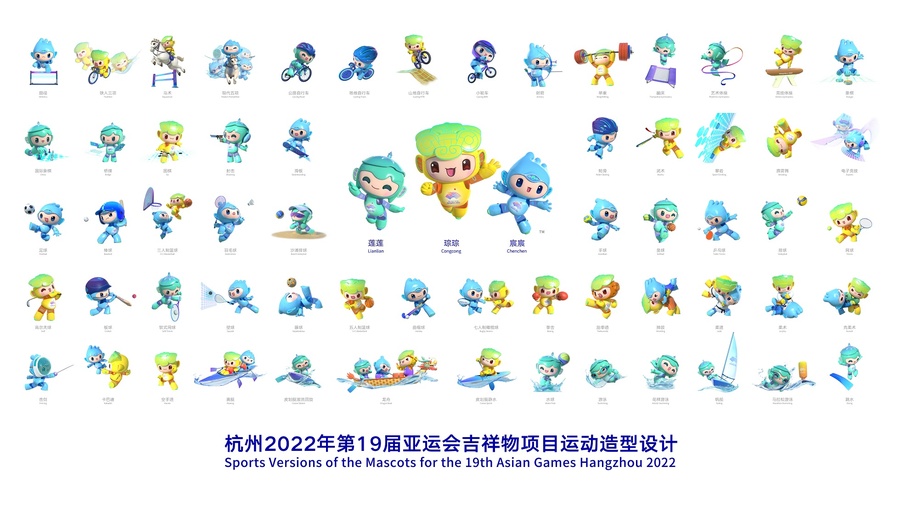 Today Hangzhou 2022 has unveiled the sports versions of the robot mascots for the 19th Asian Games.

The mascots were revealed in a 45-second video and also on the official Facebook account of organising committee HAGOC. HAGOC has produced a series of colourful and fun-filled characters based on the official mascot triplets known as Lianlian, Chenchen and Congcong.

With the addition of esports and breaking to the 19th Asian Games sports programme at the OCA General Assembly last December, Hangzhou 2022 will now feature 40 sports, 61 disciplines and 482 events over the 16 competition days from September 10-25, 2022.

The sports mascots will be displayed in various locations all around Hangzhou, which is the capital city of Zhejiang province in eastern China, such as bus stops and train stations.

“As an important part of the visual system, the sports versions of the mascots for the 19th Asian Games Hangzhou 2022 were launched online on April 13, 2021, featuring designs of stop-motion and animation with the most representative movements of the mascots,” HAGOC said.

The Olympic Council of Asia has published a detailed guideline in the fight to prevent competition manipulation in sport[..]

As part of the plans to ensure safe and secure Olympic and Paralympic Games Tokyo 2020, the International Olympic Commit[..]