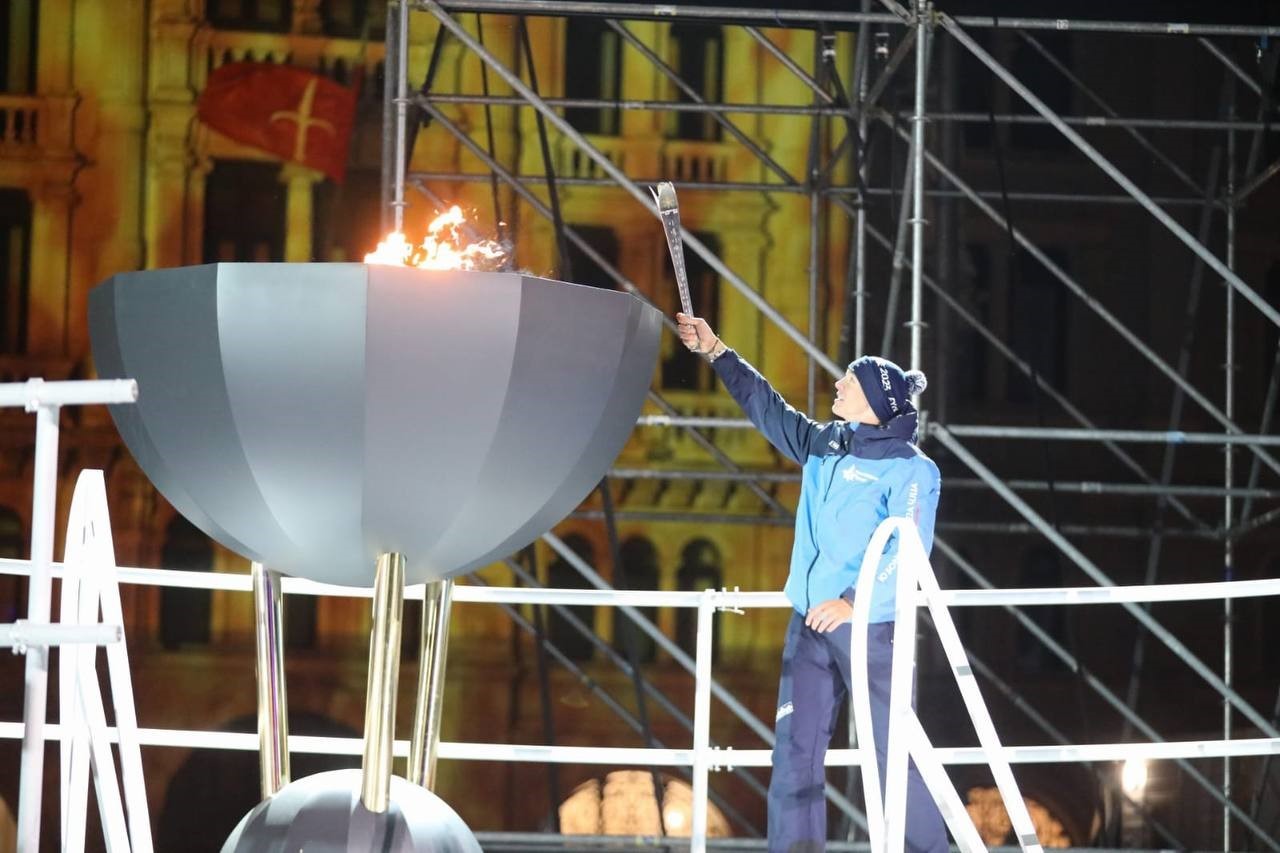 Piazza Unità D’Italia was the venue as the 16th edition of the Winter EYOF, hosted in Italy with competitions also in Slovenia and Austria, was officially declared open by Italian Minister of Sport Mr Andrea Abodi on Saturday evening.

More than 1300 athletes from 47 NOCs and 1200 volunteers will spend the next week putting on a show for the spectators as the European Olympic Committees (EOC) hosts the continent’s only international multisport event for young athletes.

The athletes, aged 14-18, will compete in 109 competitions across 14 different sports over the course of the next seven days.

The same icy weather that has guaranteed fantastic snow for the athletes, unfortunately meant proceedings were shortened due to the strong winds but EOC President Spyros Capralos commented:

“This 16th winter edition of the European Youth Olympic Festival marks the passing 30 years since the first-ever winter EYOF, which also took place in Italy, in Aosta.

“As a European Olympic family, it is crucial that we recognise and play our own role in protecting the mountain environment for generations to come. With our partners, we have taken a responsible approach to staging this festival with a “no build” philosophy and a regional approach.

“I am also sure that we here are equally united in thanking our hosts for their enormous work and generosity in organising this festival.”

The first day of competition starts with fresh deep mountain snow today, Sunday 22 January, and will see seven action packed days of sport until the Closing Ceremony on Saturday 28 January.