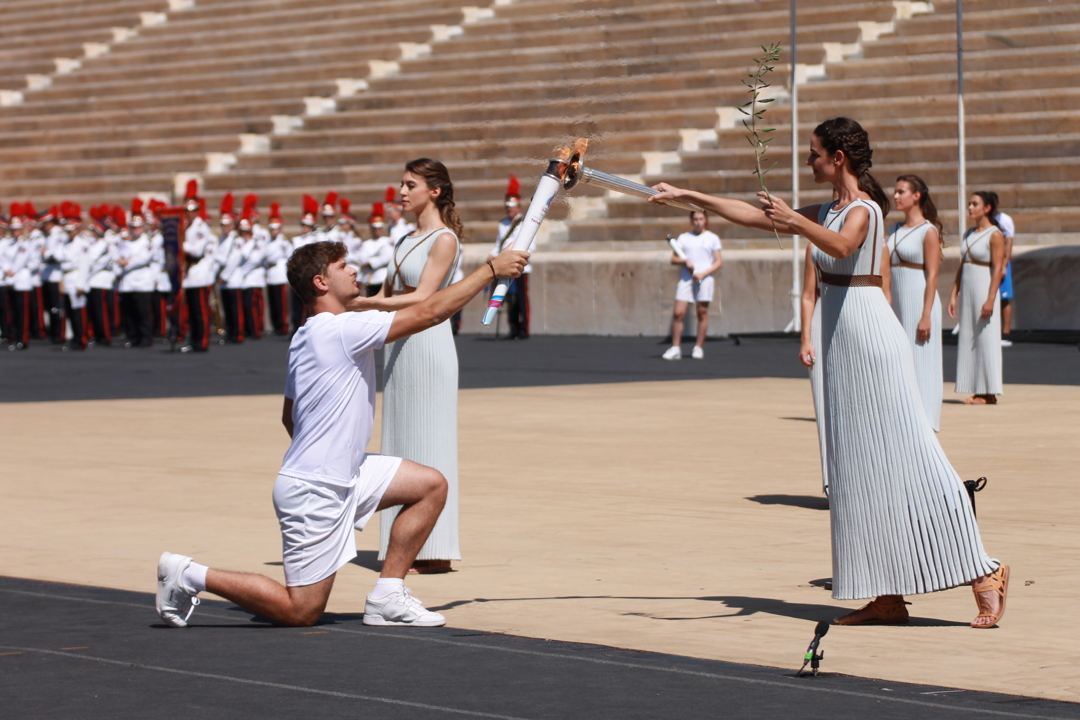 The torch lighting ceremony preceding any Olympic torch relay is one of the most symbolic Olympic events. It was Lausanne 2020’s turn to step into the spotlight as its Olympic flame was lit, marking the beginning of its journey from Athens, Greece to Lausanne, Switzerland. During the ceremony, a crowd of 1’400 kids from local schools as well as representatives from the Hellenic Olympic Committee watched on as the flame was lit using the rays of the sun, as was done for the ancient Olympic Games. The ignited flame will now make its way back to Switzerland where it will start its Torch Tour journey and continuously keep burning until the Opening Ceremony of the Lausanne 2020 Games on January 9th when it will light the cauldron of the Games.

As the Youth Olympic Flame makes its way back to Switzerland it will arrive in Geneva via the Geneva International Airport where it will then head to the City of Lausanne. During the first ever bi-national Youth Olympic Games, the torch will depart from the Olympic Capital on September 21st for a 110-day journey where it will visit each of the 26 Swiss cantons and Les Tuffes in France, bringing the Olympic spirit to local populations. The Torch Tour, which will include interactive activities for kids as well as an exciting programme about the Lausanne 2020 Games themselves topped by a ceremonial torch lighting by special guests including Swiss Olympians.