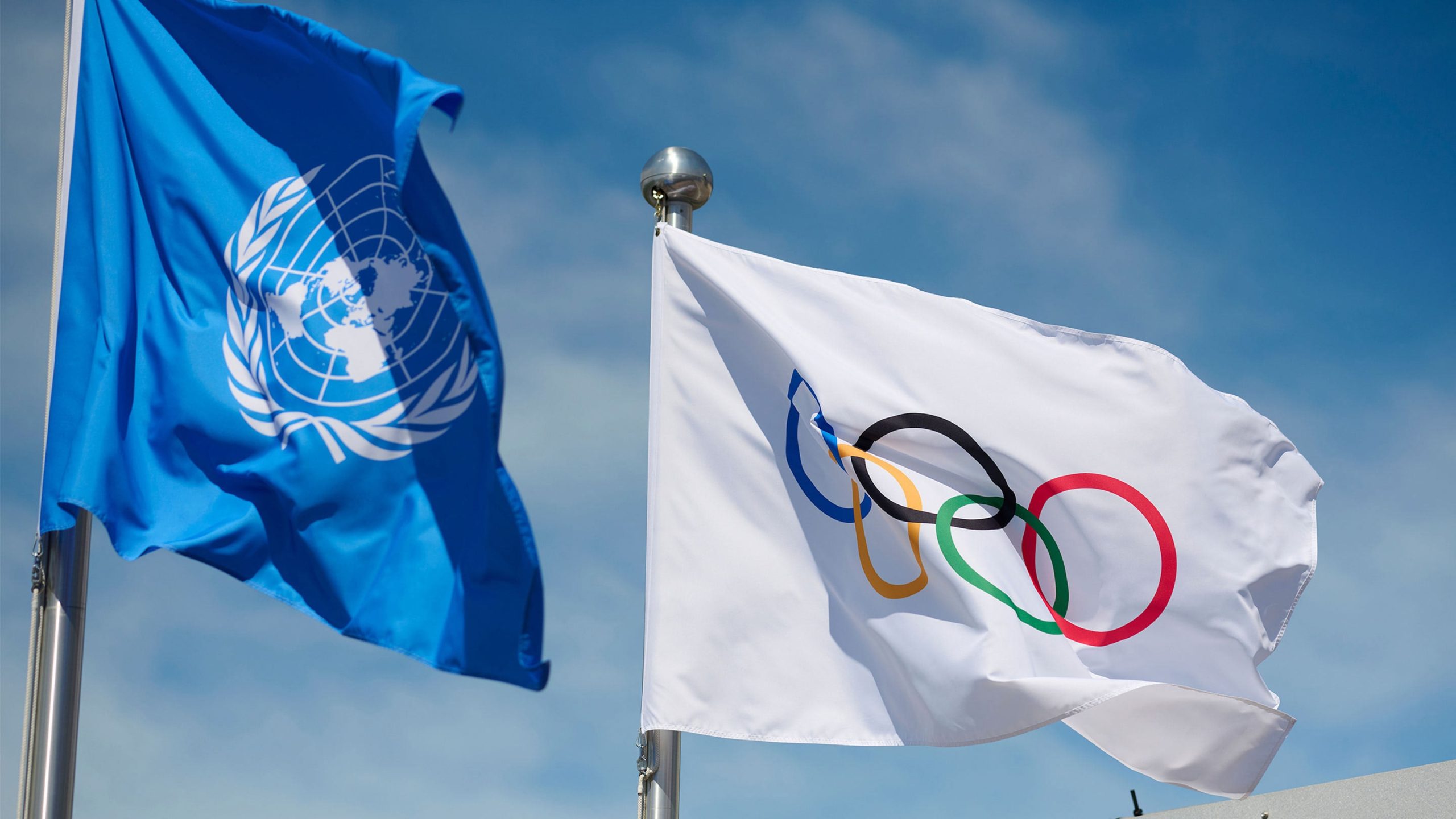 IOC President Thomas Bach welcomed the adoption of the new resolution by the United Nations General Assembly (UNGA) in New York, which recognises that major international sports events “should be organised in the spirit of peace”, and that “the unifying and conciliative nature of such events should be respected”. It also affirms “the invaluable contribution of the Olympic and Paralympic movements in establishing sport as a unique means for the promotion of peace and development”.

“By adopting this resolution, the UN General Assembly is also supporting the overarching mission of the Olympic and Paralympic Games to be a unifying force, bringing the entire world together in peaceful competition, with no discrimination whatsoever,” the IOC President said.

He continued: “The IOC is very grateful that this resolution specifically highlights that international sports events should be organised in a spirit of peace, without discrimination of any kind, and in particular that the unifying and conciliative nature of these events should be respected. We can only accomplish this unifying mission if the Olympic and Paralympic Games stand beyond all political, cultural and other differences. This is only possible if the Olympic Games are politically neutral and do not become a tool to achieve political goals. It is therefore with the highest appreciation that we welcome the unequivocal support from the UN Member States for the political neutrality of the IOC and the autonomy of sport, which is expressed in the resolution.”

The resolution was adopted by consensus during the 77th Session of the UN General Assembly. This is highly remarkable given the current political tensions, as it includes both Russia and Ukraine.

The meeting was presided over by UN GA President Csaba Kőrösi, who said in his opening remarks: “If we want to make change, to transform the world, we must include sports and athletes in our work. Where politics and ideology can divide, forcing animosity and separation,  sport brings together people in peaceful competition. It has the ability to break down racial and other barriers, combat discrimination, and defuse conflict. Sport is a platform to combat some of the gravest dangers the world faces today.”

He continued: “I encourage all Member States to preserve the unifying spirit of sport and the Olympic Movement. It is far more promising to the world if nations compete on the fields of sports than on the battlefields. The former makes us more noble and stronger, the latter leaves death and devastation behind. Yes, we are living in a volatile world with deep divisions. Yet, in my view, sport and its organisations should remain inclusive. We should not forget that it is much more desirable to end armed conflicts than to end cooperation. Sport is a solid common base for many of us, but it is also about willpower and perseverance.”

The representative of Monaco, which is co-chairing the Group of Friends of Sport at the United Nations, said in his intervention: “I also wish to acknowledge the role of the International Olympic Committee, Olympic Agenda 2020+5, the Olympism365 strategy and the efforts the IOC has made to become carbon neutral. The goals and values of the IOC and the UN are aligned. This has never been truer than it is today, and the messages of peace and solidarity promoted by IOC President Dr Thomas Bach echo the similar messages from Secretary-General Mr António Guterres. When invited to address the G20 leaders in Bali, President Bach reaffirmed the neutrality of sport and the unifying mission of sport, the IOC, and the Olympic and Paralympic Games. He also reiterated two key messages: the world needs more solidarity, and we must give peace a chance.”

The resolution is entitled “Sport as an enabler of sustainable development” and supports the overarching mission of the Olympic and Paralympic Games to be a unifying force, bringing the word together in peaceful competition with no discrimination whatsoever. It was tabled as part of the discussion around the UN Secretary-General’s biannual report entitled “Sport: Catalyst for a Better, Stronger Recovery”, which provides a review of progress towards the implementation of the UN Action Plan on Sport for Development and Peace over the past two years, and outlines how sport can be maximised as an effective tool to rebuild solidarity and deliver on the Sustainable Development Goals (SDGs).