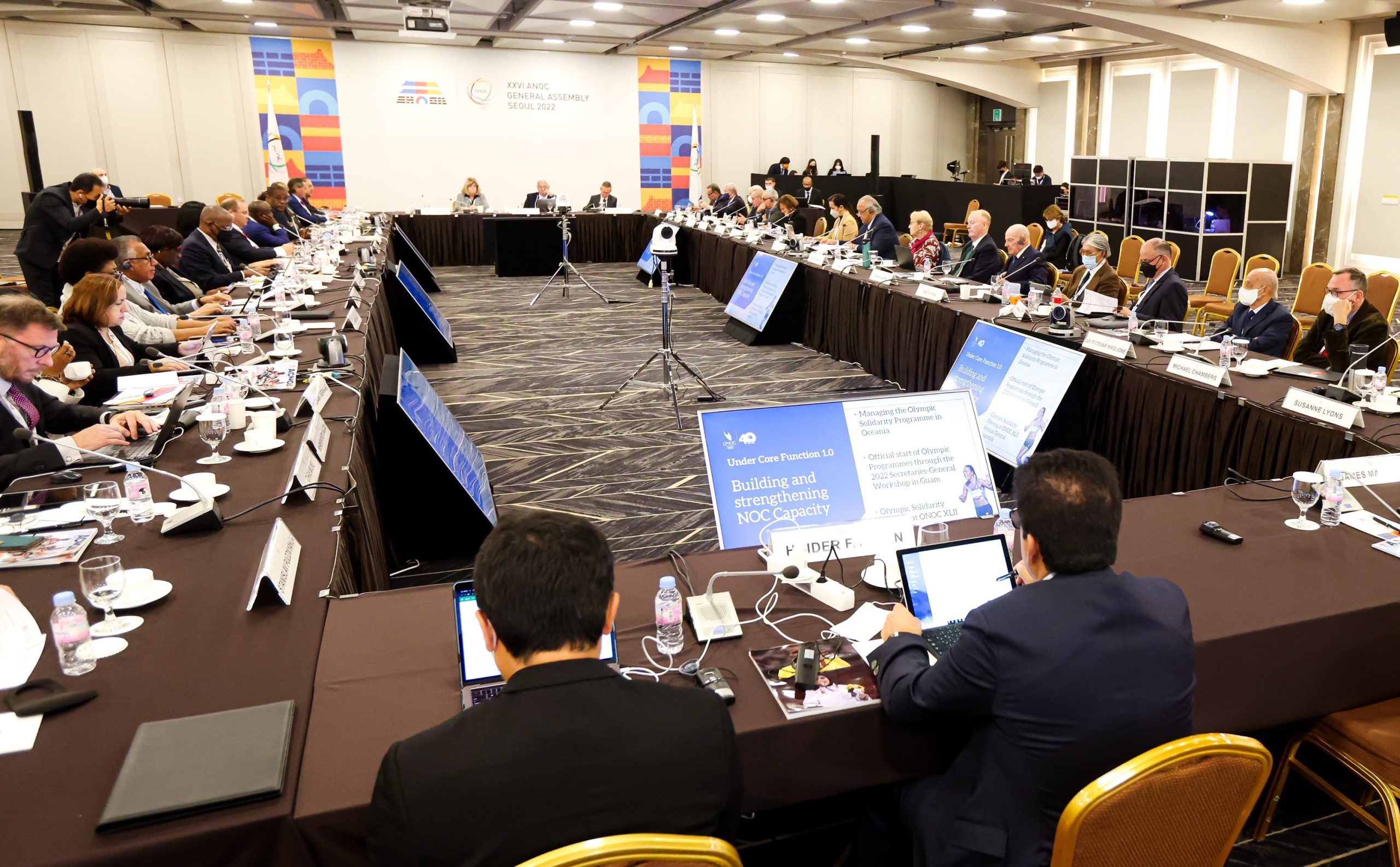 During the meeting, the Executive Council reiterated its support for Robin Mitchell’s candidacy as President and expressed its trust in him to lead ANOC forward. The Executive Council debated ways in which ANOC can further enhance its assistance to NOCs and build on the work which has been done to date.

IOC President Thomas Bach attended the beginning of the meeting and the Executive Council supported the IOC President’s message of unity and collaboration within the Olympic Family.

One of the key areas of discussion was on the ANOC World Beach Games Bali 2023. The ANOC Events Working Group delivered a report on the Games preparations, which are well underway, and the support and collaboration ANOC has had with International Federations (IFs) and NOCs. The Working Group explained that ANOC will have very minimal financial commitment for the Games with the majority of funding coming from Indonesia. The use of existing and temporary venues will also ensure the Games is sustainable and held at minimal cost. The Executive Council approved the Games to be held in 2023.

The ANOC Executive Council discussed the situation around the NOCs of Russia and Belarus. The Executive Council agreed to continue to follow the recommendations of the IOC and reiterated that the NOCs of Russia and Belarus are still recognised by the IOC and are therefore entitled to attend the ANOC General Assembly as any other recognised NOC. ANOC shares the NOCs’ grave concerns regarding the war in Ukraine and stands in solidarity with the Olympic community in Ukraine.

“Today’s meeting was a reminder of the strength and diversity of our ANOC Executive Council. We are united in our commitment to providing the best possible service to the NOCs and this shared passion is clear to everyone. We may sometimes have different ideas and perspectives, but this is how we get stronger; as we listen and learn from one other and work together for a brighter future.”