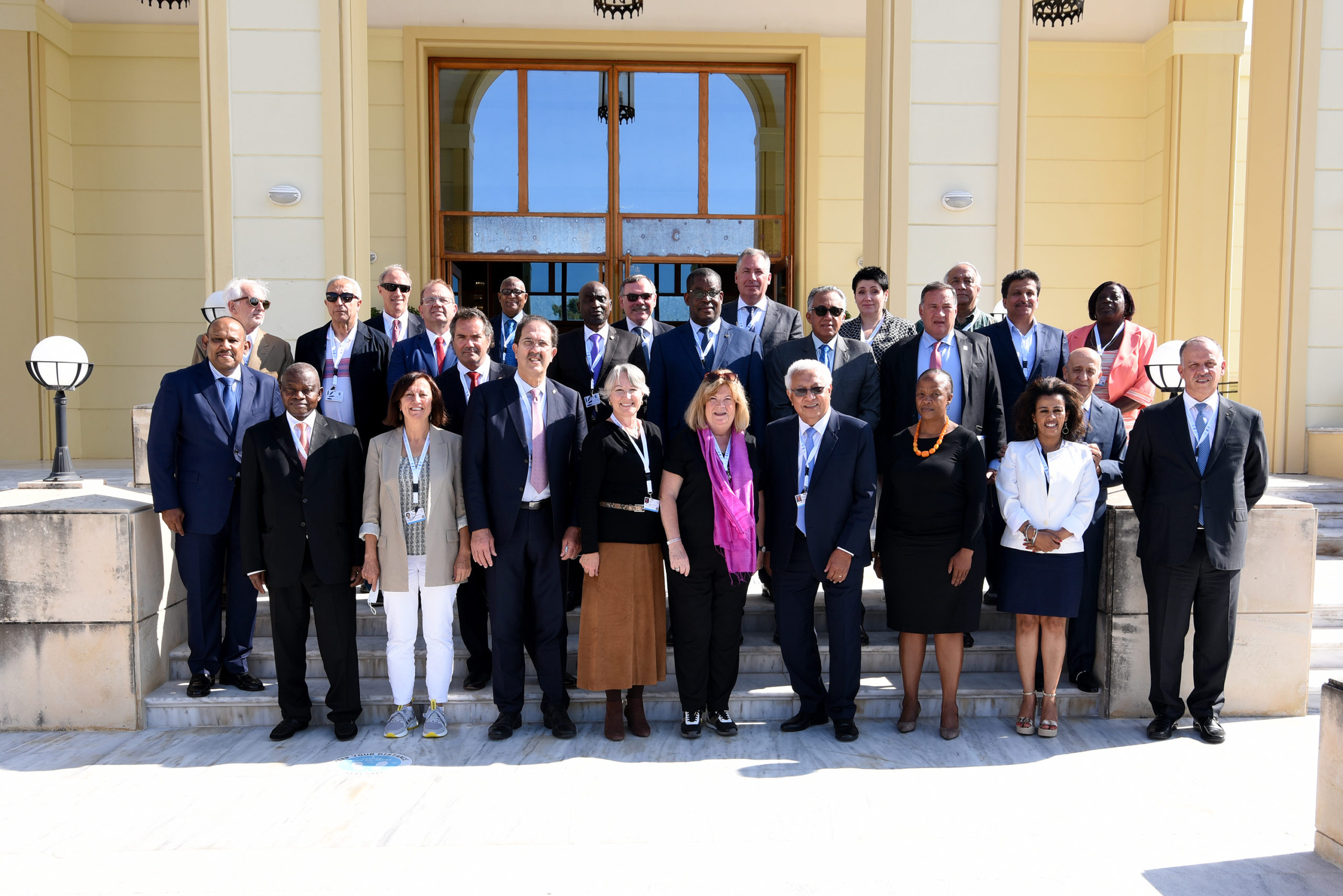 The ANOC Executive Council met in Crete today to discuss a number of important reports and initiatives ahead of what will be ANOC’s first carbon neutral General Assembly.

The meeting was the largest in-person gathering of the Executive Council since January 2020. IOC President Thomas Bach joined the meeting which included reports on a number of key topics and initiatives. The Executive Council heard reports from the Continental Associations as well as the ANOC Commissions, which will be presented to the General Assembly tomorrow.

ANOC has partnered with One Tree Planted, a charity aiming to help global reforestation efforts, and will plant one tree per delegate across the five continents. Separately, in Greece, ANOC has supported the “Oloi Mazi Boroume” (Together we Can) initiative, which will see 5,000 trees planted in Athens on 31 October. In addition to the tree planting projects, ANOC has purchased carbon credits from leading carbon market service provider First Climate to ensure the General Assembly achieves carbon neutrality. ANOC is a Signatory to the UN Sport for Climate Action Framework.

“Today’s ANOC Executive Council meeting was an important opportunity to discuss key reports ahead of them being presented to the General Assembly. The Commissions have been working hard over the last two years to find new ways for ANOC to support NOCs. Part of improving our service to the NOCs is also improving how we operate as an organisation.

“One example of this is the sustainability initiatives we have implemented for the meetings here in Crete. We are encouraging all NOCs to contribute to a greener sporting future, in line with Olympic Agenda 2020+5 and so we must do the same. We are delighted to host our first carbon neutral General Assembly and we will continue to prioritise sustainability initiatives in the critical years ahead.”